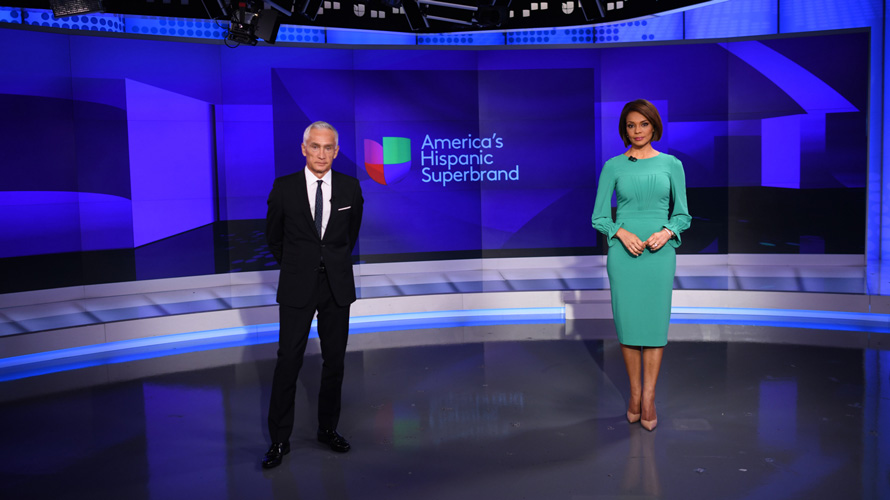 With the Covid-19 pandemic throwing a wrench into the television industry’s upfront plans, Univision rescheduled its presentation to the ad community for this afternoon, going the virtual “at-home” route so many broadcasters have in 2020.

The most-watched network on Spanish-language TV for 28 straight seasons, and No. 5 in all of U.S. TV, followed up its May 2020 business update—during which the network endeavored to convey a “sense of normalcy” to its advertiser and agency partners during the pandemic—with the unveiling of its 2020-21 programming lineup consisting of sports, news and entertainment content serving its diverse and growing Hispanic audience.

The company did its best to mirror the usual face-to-face upfront format. That included a virtual, prerecorded opening performance by upfront mainstay Pitbull, who performed his hit song “I Believe That We Will Win.”

CEO Vince Sadusky told attendees that “Univision has always been a company with a clear mission to inform, empower and entertain the Hispanic community. We’re playing a more vital role in our audience’s lives than ever before during these unprecedented times.”

Univision executives later rattled off stats that advertisers and the media business press have come to expect from Latinx-focused media companies: The U.S. Hispanic consumer population currently represents nearly 20% of the total U.S. population and is the fastest-growing segment in the country, driving GDP growth at a rate that is 32% faster than non-Hispanics.

“Ninety-two percent of our audience watches our content live,” said Univision advertising sales and marketing president Steve Mandala. “If you’re not developing campaigns that speak to this consumer, then you are missing the opportunity to effectively grow your business, especially at a time when advertisers are seeing a 40% growth in return on investment for their Spanish-language campaigns.”

Mandala also hammered home the strong connection Univision has with its audience. “The basis of this unique connection is language and culture, notably even more valuable in our current environment,” he said.

He added that 61% say the Spanish language is more important today than five years ago, and that more than eight in 10 Hispanics say it’s important for them to preserve their traditions for future generations.

“These strengths represent a tremendous opportunity for advertisers,” Sadusky said. “During this time of reflection when everyone’s looking to reignite growth, it’s the moment to give our essential audience real, serious consideration.”

Univision executives went over the importance of live viewing, something the network seems to have no problem with, unlike the delayed viewing trends experienced by most other broadcast and cable networks.

Univision Noticias also played a role in today’s upfront, with Ilia Calderón and Jorge Ramos, co-anchors of the network’s flagship evening newscast, making a joint appearance. “In both national and local news, we have devoted our shows to the kind of reporting that matters most to our audience,” Calderón said. “In a world of always-on journalism, we provide more news hours than any other broadcaster, and comprehensive 24/7 access to the latest information on digital and social platforms.”

At the May business update, Univision announced that its 2020-21 prime-time schedule had already been set with first-run episodes for the next 12 months, a boast few English language networks can make during the pandemic since most productions have been shut down.

The network followed up on that announcement today with a full programming slate that features 11 new scripted shows, including two original adaptations of international hits, Imperio de Mentiras (Empire of Lies) and Te Acuerdas de Mí (Remember Me).

Univision entertainment president and chief marketing officer Jessica Rodriguez said the network has really “leaned in on the adaptations front,” and understandably so, considering its top-rated prime-time shows from last season were adaptations.

Univision is adding two music franchises to the mix including its latest tentpole event with Latin Grammy Honra (Latin Grammy Honors) which will celebrate a genre, a person or a movement that positively impacts the music industry. The network will also launch a series of specials known as Iconos de la Musica (Music Icons), honoring a musical great through a live concert and in-depth interviews.

In the fall, the live reality matchmaking series Enamorándonos (Love is Calling) returns each weeknight. Additionally, UniMás will bring hit Turkish international series Madre (Mother) and Las Mil y Una Noches (A Thousand and One Nights) to the network’s 7 p.m. time slot in 2020-21.

Sports also has a unique way of connecting Hispanic audiences, and sports are returning, slowly but surely. TUDN, Univision’s sports network, will televise soccer matches from the top league in Mexico, Liga MX, as well as UEFA Champions League and MLS, in the coming months.

TUDN president Juan Carlos Rodriguez said the network will broadcast over 1,600 live games in total, including two of the biggest tournaments of the year in Euro 2020 and Gold Cup 2021 to viewers across Univision networks in 2021. TUDN will telecast 11 championship matches including the Euro and Gold Cup finals. Additionally, TUDN will broadcast the U.S.-Mexico rivalry. In total, TUDN will produce more World Cup qualifying games than any other network.

“As we all look to get back to business and drive much needed economic activity, we can all do our part to create momentum by driving the marketing process,” Sadusky said. “All of us—brands, agencies and media outlets—play an important role in informing and persuading consumers to make purchasing decisions, which is good and needed.”