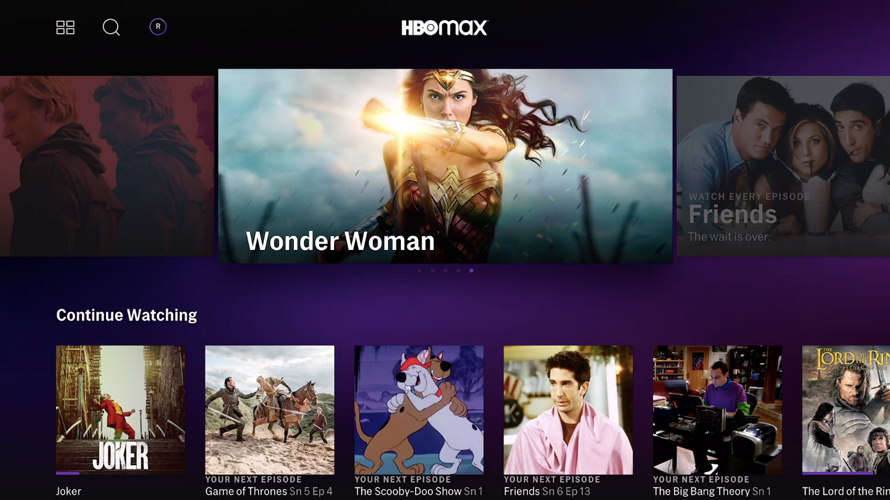 HBO Max debuts today with six originals, but its main draw will be its deep library. HBO Max

HBO Max debuts today, and while the streaming service is arriving in quite a different business landscape than previously expected, WarnerMedia is optimistic that the value proposition of a high-quality content library is more appealing than ever.

The streamer, which combines HBO programming with a large quality of content from WarnerMedia’s film and television brands, is designed to serve as the cornerstone of parent company AT&T’s streaming ambitions. It comes after a condensed, wall-to-wall marketing push to build awareness and get potential customers excited about some of the most popular programs on the service.

On the content side, HBO Max is offering up 10,000 hours of programming for all ages, ranging from kids shows like Sesame Street and Cartoon Network to classic films from Turner Classic Movies. The platform itself is aimed at making it easier for users to find programming that they may want to watch without having to dig deep into the corners of the app to find it.

Ultimately, HBO Max hopes to stand out by walking a fine line between having enough content for everybody without overwhelming users with too many options.

“There are a lot of superstores out there, and at times, the experience can be kind of an assault,” Kevin Reilly, chief content officer of HBO Max and president of TBS, TNT and truTV, recently told Adweek. “We want to help the audience make choices about what they should watch, and so, we will only get behind things we believe are important.”

Expectations for the streamer are high. AT&T hopes all HBO subscribers in the U.S. will transition to HBO Max, mostly for no additional cost. But that’s easier said than done as some distribution deals with Amazon Fire, Comcast and Roku have not yet been struck, leaving those customers out of luck. (For those still trying to figure it out, here’s how to subscribe to HBO Max.)

And while content is king for streamers, the user experience itself is of utmost importance for most streamers on the market, they’ve previously told Adweek. For HBO Max, the platform itself is aimed at alleviating that “paradox of choice,” said Sarah Lyons, svp, product experience at WarnerMedia.

“We know from some external research that, on average, consumers took about nine minutes to find a piece of content to watch, and about 20% of them gave up and abandoned their search entirely because they couldn’t find something,” Lyons said. “We felt like the sweet spot we could create with HBO Max is to make it feel alive and like it’s coming from a human being, and to elegantly blend human touch and curation with the underlying data to personalize.”

HBO Max is in many ways designed to be similar to HBO Now and HBO Go, the existing streaming services in the portfolio that have offered customers access to stream HBO programming. For some customers, HBO Now will be automatically updated to HBO Max today. The new interface is aimed at preserving the ease of HBO Now and Go, no small feat considering that the service doubles the programming available on HBO proper.

To do it, the service will offer human-curated collections and recommendations, while also relying on an algorithm that learns what viewers like as they watch. It’s a fine line to walk, but the hope from Lyons and other WarnerMedia executives is that HBO Max can help get people invested in its programming right away.

The app will have featured titles at the top to show off popular and well-loved titles and will feature larger recommended tiles to break up the rows of recommendations. Those might highlight one show, like the library sitcom The Fresh Prince of Bel-Air, or shows that are trending in popularity on the service. 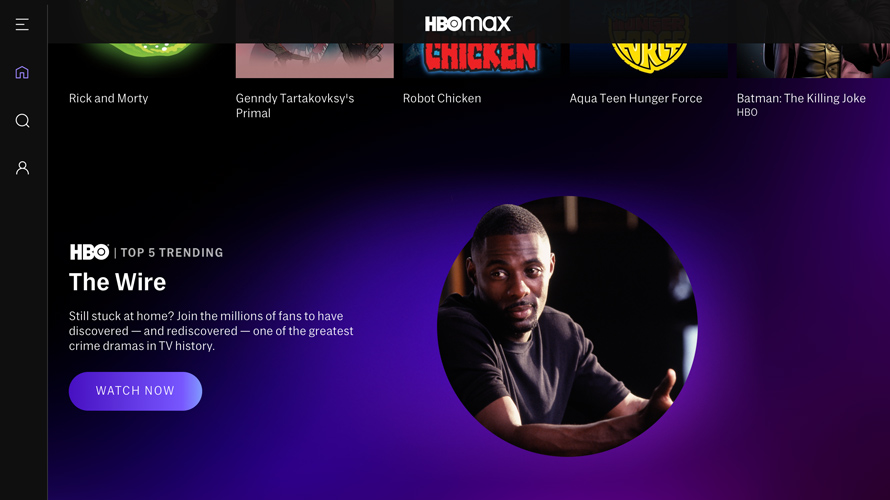 HBO Max will feature different hubs for users to browse titles from well-known WarnerMedia brands like Looney Toons, Adult Swim and DC Comics. The platform will also have “editor’s picks” that Lyons said will be updated as much as three times a day to recommend content to users.

“We’re working to get to the point of doing day-parting and having turns three times per day, so we’ll have the ability to curate content that makes more sense to recommend in the morning versus the evening,”  she said. “As we get usage data and see what works and what doesn’t, we’ll fine-tune what that cadence is.” 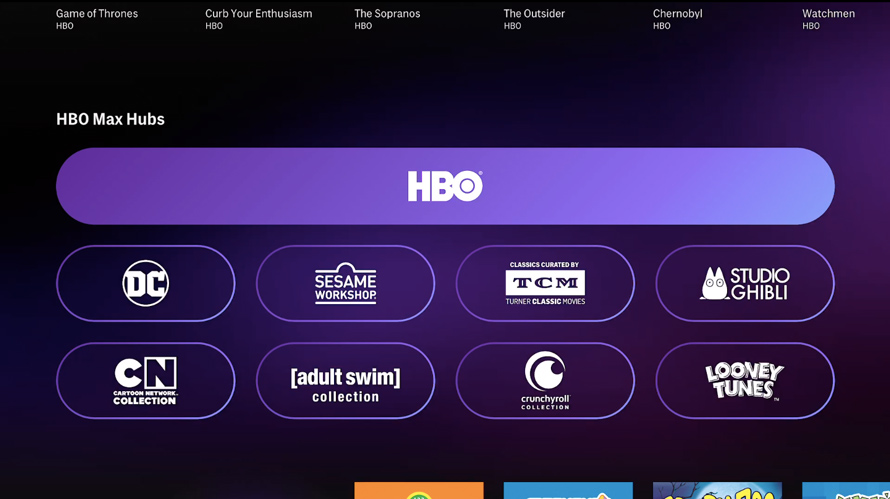 Some major features in the app, including “Recommended by Humans” lists, won’t be part of  HBO Max at launch but will roll out later. The company declined to offer up a timeline on when that feature will be available. Other offerings, like the ability to upload user photos, will also not be ready for launch.

For users migrating over from other HBO platforms, it may take a little finagling to work out the right recommendations. HBO Max will not pull viewing data from HBO Go and HBO Now, so users who previously watched titles on either platform will not see them reflected in their viewing history on Max. But the app encourages users to build their own watch lists, which will help inform the sections of the app that are more algorithmically driven.

Unlike HBO Now and HBO Go, HBO Max also has different accounts for different users to tailor suggested programming. It will also eventually roll out a “co-viewing” feature that will not influence the recommendations for individual users. The service will debut with a “Last chance” section, where users can see what may soon be disappearing from the app due to licensing deal end dates so they can watch programming before it’s gone.

Users can download shows to watch offline, and there’s a dedicated kids-safe section of the app where kids only get recommended programming that is age appropriate. Those accounts get locked in, and kids cannot navigate out of the section without a code.

While HBO Max debuts today with a slate of a half-dozen originals, some of its planned originals lineup, including an anticipated Friends reunion special, has been delayed due to the ongoing Covid-19 pandemic. That means that the major draw for Max at launch for many customers will be the service’s deep library of recognizable programming, which will be added to as time goes on. Other original programs in the works include a Gossip Girl reboot, a Grease spinoff and other nostalgia-drenched series rooted in existing IP.

The service is a late entrant into the so-called streaming wars, but executives hope HBO Max will carve out a big piece of the streaming pie. To offer up more options for customers and provide additional revenue streams, HBO Max will roll out a limited ad-supported tier sometime in 2021. Details as to that ad-supported tier remain under wraps, but it will mean WarnerMedia’s streamer will go more head-to-head with entrenched ad-supported services, including Hulu and CBS All Access, as well as the Comcast-owned streamer Peacock, which is slated to debut its own service nationally on July 15.