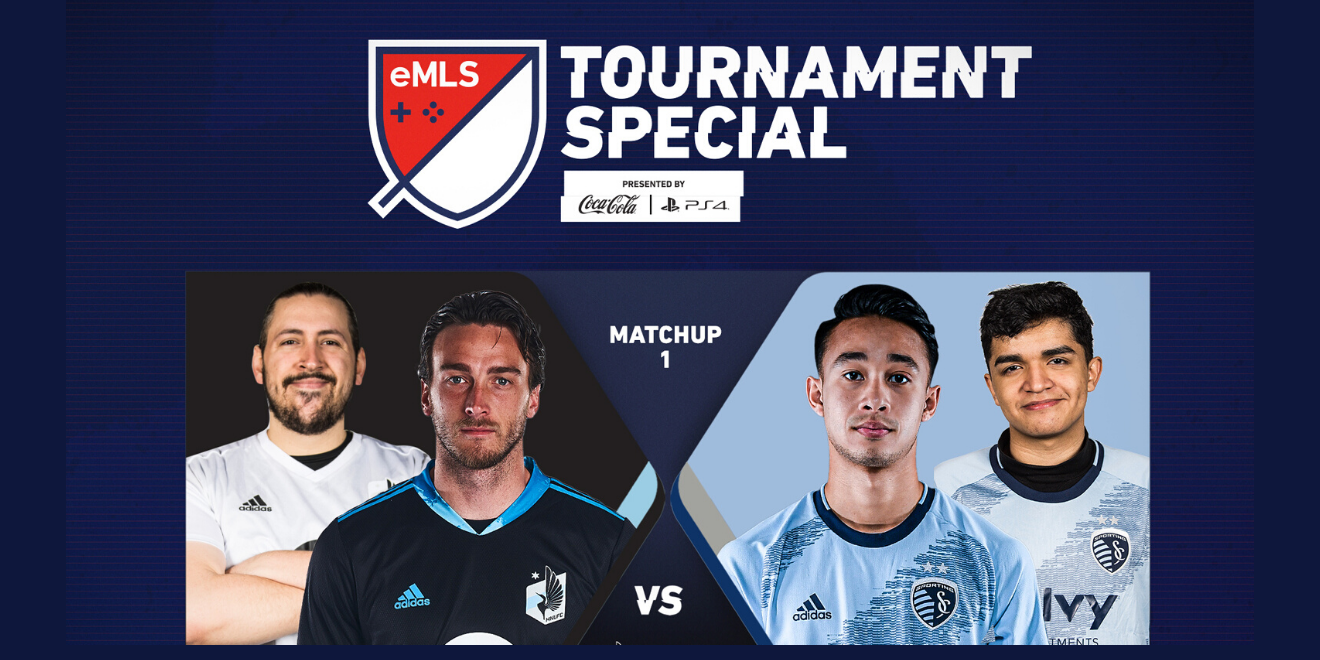 Athletes playing video games appears to be the backup plan of choice for sports companies during the coronavirus shutdown. First, iRacing took over for Formula 1 and Nascar events with impressive success. Soon after, the NBA announced an NBA 2K competition featuring top players. Now, Major League Soccer is getting involved with the most expansive gaming crossover to date.

Some of the biggest stars in the MLS and international soccer will join players from eMLS, the league’s existing esports structure, to compete for five weeks in FIFA 20 in the eMLS Tournament Special, set to begin Sunday.

Like the MLS, the video game competition will be aired on Fox Sports and its Spanish-language counterpart, Fox Deportes, but will fall under the banner of the eMLS. For brands, that means Coca-Cola and PlayStation are the presenting sponsors, not usual league sponsors like Audi, Adidas and AT&T.

The eMLS Tournament Special format pits two MLS players against each other in one bracket, while the second features two eMLS players. Two games will be played, and the combined score wins the match. Every Sunday, there will be a mini-tournament with the winners playing each other. Over the four weeks, four clubs will win out and compete for the title in the fifth week.

By pitting gamers against gamers and athletes against athletes, the competition remains fair. Kicking off the event will be Chicago Fire’s Francisco Calvo and Cincinnati FC’s Kendall Waston.

“There’s a lot of rivalry among MLS players in FIFA,” Waston said. “We all know who the best players are, and we’re going to be taking this event pretty seriously.”

Just putting athletes on gaming controllers isn’t a guaranteed success. Nascar broke records for esports on broadcast television with its event on Fox Sports One, reaching upwards of 1 million fans. But the NBA 2K event struggled in comparison with only 327,000 viewers, according to data from Nielsen.

Part of the issue is the game itself. “FIFA gets more realistic every year,” Watson continued, adding that the franchise does a better job modeling soccer than other sports simulators. “When you set everything up to be a 4-4-2 shape and have the players be compact, it is similar to the real thing.”

Contrast that with top NBA players tweeting that NBA 2K is a “trash game,” and there’s a clear difference in how players perceive the game.

On paper, the lack of viewers doesn’t make sense. Compared to the Nascar event, the NBA 2K Players Tournament had more prominent stars headlined by Kevin Durant, was on a more watched network in ESPN 2 and had more pre-show publicity. But, just like the actual NBA 2K League, it struggled for viewers.

“There’s always a benefit in having a couple of people go first,” said Camilo Durana, svp of properties and events for MLS. “We looked closely at their production, especially the use of exclusively professional athletes, and we made the decision to combine our eMLS gamers with the MLS athletes.”

The eMLS season, like its live counterpart, had to be put on hold due to the coronavirus. After two reasonably successful events, the season’s finale had been set for SXSW in late March. Now put on hold, this tournament special will actually be a higher profile event than the original final was likely to be. The eMLS League Series’ first event in Philadelphia peaked at about 46,000 viewers, according to Esports Charts. For comparison, the NBA 2K League’s final tournament of 2019 peaked at about 15,000.

“Just by virtue of the number of MLS players who are playing FIFA, there’s a feeling across the board that they think it’s realistic. That’s why they are playing it,” said Bion West, senior manager of eMLS. “When you’re watching [FIFA], the camera angles replicate what you would see when watching a match on TV, so it’s more of an intuitive viewership experience [than other sports simulations].”

Across the board, sports simulations are a lower tier of esports. FIFA is the biggest, but is only considered a tier three title, the lowest designation, and is dwarfed by the top flight of League of Legends, CS:GO and Dota 2.

Still, the Nascar event proved that there is an opportunity for smaller esports to capture major viewership during the coronavirus shutdown. By combining gamers with star MLS players like Chicharito, tapping into existing MLS rivalries like El Traffico (between the MLS teams in Los Angeles), and FIFA’s standing as an esport, the eMLS Tournament Special will likely be the biggest esports-sports crossover to date.