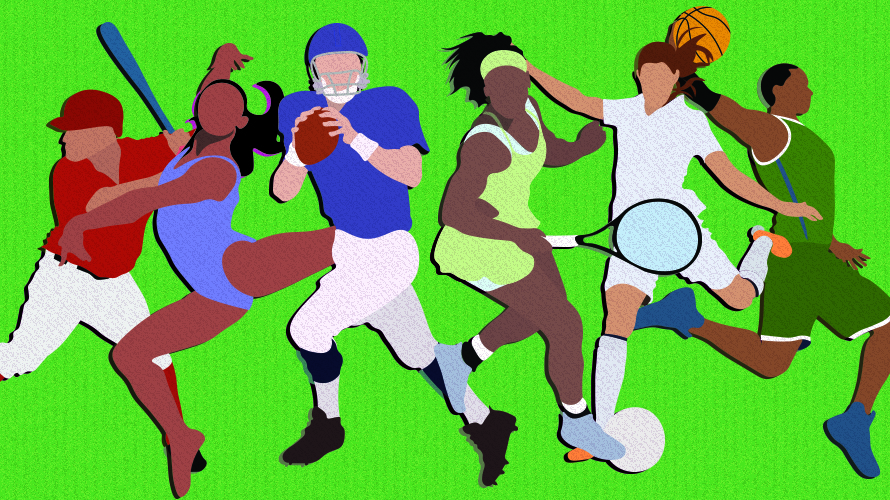 Missing the games and the excitement around them. Kacy Burdette

For most Americans, there were two events that helped indicate that this pandemic was a real thing. One was when Tom Hanks contracted Covid-19. And the second was when Adam Silver had the good sense and great foresight to shut down the NBA season. Sadly, when we look back in history, we may find we have the commissioner of the NBA to thank more than any other public official for waking America up to our new reality, one without basketball, baseball, golf, tennis, soccer, hockey, the Olympics and possibly even football.

For millions of us, even in the best of times, sports are a welcome escape from our everyday lives, something that lifts away our anxieties, burdens and responsibilities if only for a few hours. The games are a comfort; they mark the passage of time and seasons. Even if we’re not watching, the sounds of the game playing on the TV or the Friday night lights at the local high school give us a sense of place and being.

In hard times, sports can provide a necessary symbol that life goes on. That we will be OK. Baseball returned six days after 9/11. Two weeks after JFK was assassinated, Army played Navy in football at Jackie Kennedy’s insistence, following a one-week delay. Sports provide a platform for us to come together as communities to heal after trauma. Right now, the nation is being brought together by a 10-part documentary series on the Chicago Bulls from the late ’90s. And while it’s riveting TV, in some ways it is a painful reminder of what used to be.

Sports provide a platform for us to come together as communities to heal after trauma.

Imagine if after Kobe Bryant died, no one had been allowed to gather at the Staples Center. What if there had been no next game? No memorial service with Shaq and Michael Jordan. No moment of catharsis. How much harder would that have made the stunning, shocking loss of Bryant?

We have lost many more people in the last few weeks, and we are sadly going to lose many more. We don’t know when this is going to end, and we don’t know how many more people will lose their jobs. But one thing we do know is that we don’t have sports to help us through it. And because we don’t, in many ways, we are more isolated than ever.

Sports are communal. They bind us together as families, schools, communities, states and even nations. During WWII, Franklin D. Roosevelt realized the importance that baseball, in particular, would play a role in helping America cope with the war and wrote in his Green Light letter, “I honestly feel that it would be best for the country to keep baseball going. There will be fewer people unemployed and everybody will work longer hours and harder than ever before. And that means that they ought to have a chance for recreation and for taking their minds off their work even more than before.”

We have endured and will continue to endure immense hardships throughout the foreseeable future. So, while we’re missing the divine distraction of sports, what we’re also missing is the reflection of who we are. Those of us of a certain age remember a group of American kids who came together on a cold night in Upstate New York to stun the best hockey team in the world. They were us.

Through sports, we see that we are broken and flawed and that we fail. We see our heroes humbled and defeated. But we also see redemption, courage, grace, brotherhood, sisterhood and victory. And it reminds us of what we can do. As a nation, as a world, we’ve never had to go through something like this without sports to help lift us up. We still have heroes to root for. They are the nurses, doctors, EMTs, truck drivers, grocery store stockers, delivery people, firemen and cops.

But you know what many of those on the frontlines have said they long for most (other than PPE)? Scores to check. Highlights to watch. A game to distract them and help them unwind after a 12-, 18- or 24-hour shift.

With the stadiums empty and the courts silent, we are getting a deeper understanding and a reminder of what sports really give us: Distraction. Escape. Reflection. Communion. Hope. That is what we are missing when we miss sports.