10 Scary Movies to Stream for Halloween 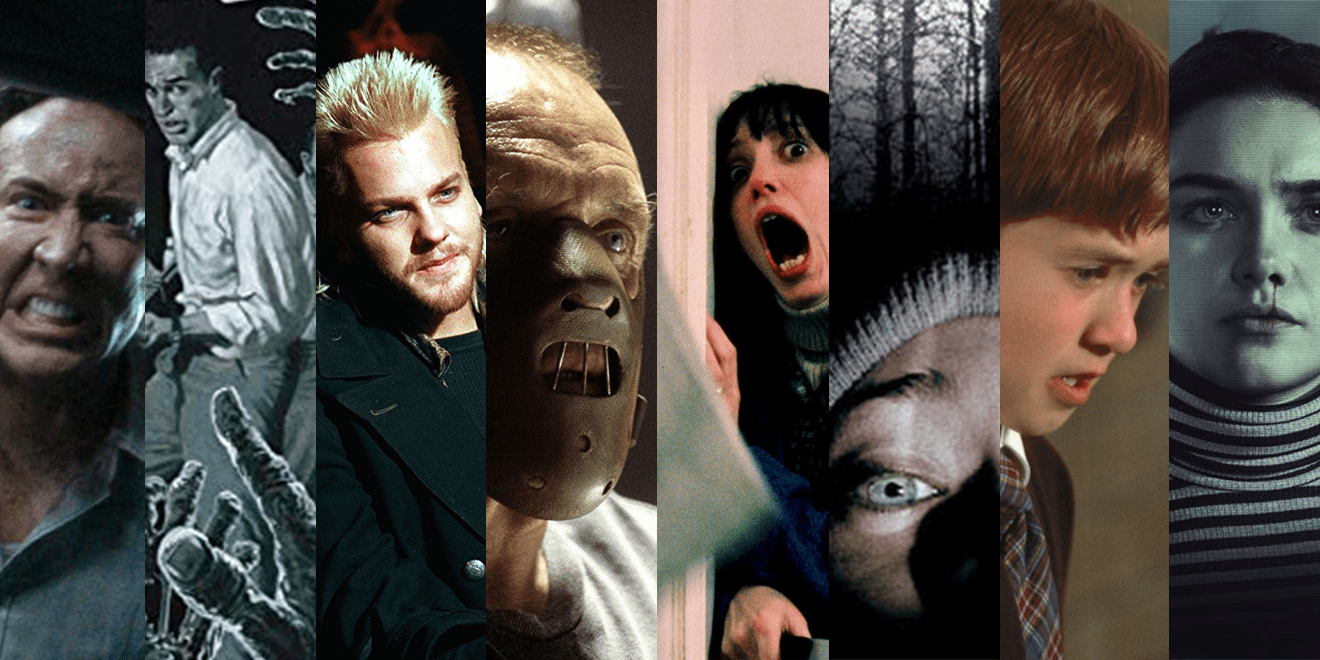 It’s October which means that it’s time to indulge in the kind of chilling horror stories that will have you jumping at every bump in the night.

Thankfully streaming services like Netflix, Hulu, HBO and Amazon Prime have plenty of terrifying tales to satisfy your spooky side. From classic cult favorites to newer blockbusters, check out these 10 scary films to stream for Halloween.

Whether you’re watching it for the first time or are partaking in an annual tradition, The Shining is a classic that should definitely be a part of your Halloween scream-fest. Based on Stephen King’s 1977 novel of the same name and directed by industry icon Stanley Kubrick, the film stars Jack Nicholson as Jack Torrance, a struggling writer who takes a job as the winter caretaker of the Overlook Hotel.

He brings along his wife (Shelley Duvall) and son (Danny Lloyd), a child who possesses “the shining,” a psychic ability that gives him visions of the hotel’s terrifying past. And due to the supernatural forces that haunt the hotel, Jack begins to lose his mind, morphing into a man intent on murder.

This new original film from Netflix has been the driving force behind a particularly creepy buzz ever since hitting the streaming service on Oct. 12. Florence Pugh and Ben Lloyd-Hughes play Angela and Jackson, a pair of siblings who con clients into thinking that Angela has the ability to communicate with the dead.

But when the brother and sister are hired by Mrs. Green (Celia Imrie) to quiet the screaming ghosts of girls who were killed in the older woman’s home, the siblings find themselves facing events that are more terrifyingly real than they ever could have imagined.

Deemed the “scariest movie ever,” this 2017 Spanish film directed by Paco Plaza is based on the reportedly real-life events surrounding the death of Estefanía Gutiérrez Lázaro, who passed away in 1991 under mysterious circumstances after using a ouija board.

In the movie Veronica, starring Sandra Escacena, a teenager is possessed by evil demons after attempting to contact the spirit of her father during a solar eclipse.

In 1999, M. Night Shyamalan’s The Sixth Sense had movie-goers whispering, “I see dead people.” In the film that was nominated for six Academy Awards, Bruce Willis stars as Malcolm Crowe, a child psychologist who tries to help Cole (Haley Joel Osment), a young boy who is tormented by ghosts. Featuring one of Shyamalan’s signature surprise endings, this is a story that will leave you questioning every last detail.

In 2017’s horror-comedy Mom and Dad, Nicolas Cage and Selma Blair star as parents who turn against their own children during a 24-hour spree of mass hysteria. Cage told Variety that this is not only his favorite movie when it comes to the films he’s made in the past 10 years, he also called it “punk rock, rebellious, irreverent, original,” and finally “badass.”

But beware: the movie includes a seriously shocking scene around 30 minutes into the story, so consider yourself forewarned.

When The Blair Witch Project first hit theaters in 1999, fans were left wondering if the footage that was apparently found of three young filmmakers was real or fiction (FYI: it was fiction). According to the story, in 1994, a trio of students entered a forest in Maryland to find out the truth about a local legend known as the Blair Witch.

The students were never seen again, but a year later, their equipment was supposedly found and the footage audiences are able to watch in the film follows the mysterious circumstances around their disappearance. After watching the original Blair Witch movie, be sure to check out 2000’s Book of Shadows: Blair Witch 2 and 2016’s Blair Witch.

Back in 1991, Anthony Hopkins terrified audiences as serial killer Hannibal Lecter. In 2001, he reprised his role for a sequel which saw his character seven years after he’s escaped custody. However, Hannibal is now being hunted by one of his former victims, someone who is willing to use a very specific kind of bait: FBI Special Agent Clarice Starling, played by Julianne Moore who replaced Jodie Foster in the memorable role.

Anyone who loves (or fears) vampires will want to watch this 1987 movie that stars Kiefer Sutherland as the leader of a group of young blood-suckers. Jason Patric and Corey Haim also appear in the film as two brothers who move to a new town and find out that there’s more than just comic-book nerds (i.e. Corey Feldman) hanging around at night.

With a new Pet Semetary on its way in 2019 from 28 Weeks Later director Juan Carlos Fresnadillo, now is the perfect time to revisit the 1989 film based on the book from Stephen King of the same name. The spooky story focuses on the Creed family and the pet cemetery near their home that could be both an unimaginable blessing and a nightmarish curse when tragedy strikes.

Any fan of The Walking Dead will want to pay homage to one of the all-time classic zombie movies, Night of the Living Dead. The 1968 film sees a group of people trapped in a farmhouse when the dead rise from their graves and begin to feed off of the living.

Director George A. Romero talked about the film in a previously unavailable interview from 1972, saying, “We had $6,000 and a loose idea based on a short story I’d written which was in fact an allegorical thing. We decided to take that and turn it into a real blood and guts film, and that’s how it started.” That may be how it started, but watch the scary story on Amazon Prime to see how it ends.

Desirée O is a freelance arts, entertainment and lifestyle writer.