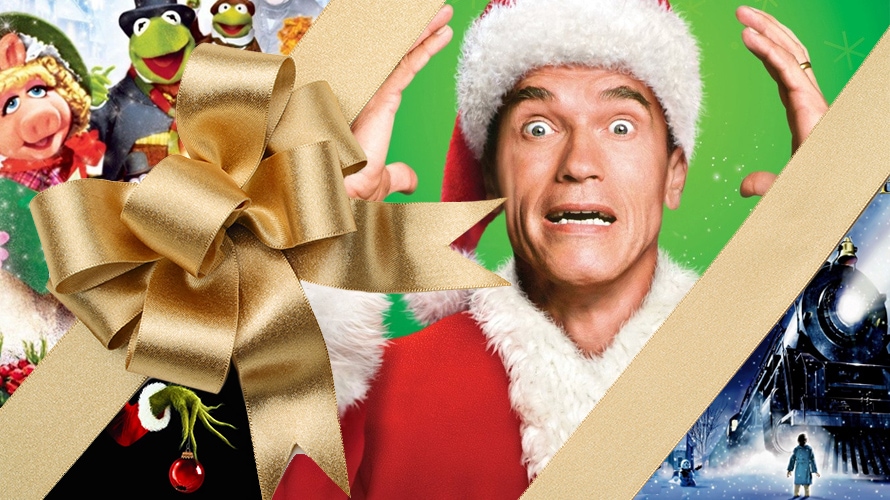 Here's what to watch with your little ones. Photo Illustration: Dianna McDougall; Source: Getty Images

‘Tis the season for wrapping presents, decorating the Christmas tree and spending time with your loved ones. And what better way to enjoy a cozy night at home than to pop on a fun film that will delight kids and adults alike?

Take a look at these nine holiday movies that the whole family will enjoy.

In 1992, Disney combined the classic story of A Christmas Carol with their quirky cast of Muppets for a retelling starring Michael Caine as Scrooge himself. With Kermit the Frog stepping in as Bob Cratchit and Miss Piggy appearing as the Mrs, this version of the timeless tale is kid-friendly enough to put on at any family gathering. Although it is a full-length feature, so it might be best to get the kids in their pajamas before you begin.

It’s not easy to make a holiday film that can claim a spot among the annual classics, but 2003’s Elf managed to do just that thanks to incredibly charming performances by Will Ferrell and Zooey Deschanel, as well as a story that will leave your little ones (and perhaps even yourself) wondering what it would be like to be raised by elves on the North Pole.

In 2017, Ferrell joked about making his own three children watch the movie during the season, telling E! News, “I force them to watch Elf 10 times. Ten straight times. It’s a marathon. And then you get to open a present.”

Former Home Improvement star Tim Allen stars in this 1994 holiday story, where his character, Scott Calvin, has to become Santa Clause after accidentally killing the real Father Christmas. Despite the fact that he’s definitely not a merry man, Calvin finds himself transforming into Kris Kringle, and desperately convincing those in his life that he’s the real deal.

All aboard the Polar Express! Tom Hanks lends his voice to six different roles in this 2004 Robert Zemeckis film that tells the story of a young boy who takes a magical Christmas Eve trip on the enchanted train all the way to the North Pole. Nominated for three Academy Awards, this film uses live-action motion capture animation to create the stunning story. It’s a magical tale that every family will enjoy.

5. Jingle All the Way

Arnold Schwarzenegger has faced some pretty formidable adversaries over the course of his onscreen career, but perhaps nothing was as daunting as the Christmas shopping crowds he was up against in the 1996 film Jingle All the Way. In an effort to nab the hottest toy of the year on Christmas Eve, Schwarzenegger’s character Howard Langston goes head-to-head with another father, Myron Larabee (Sinbad), as they both desperately try to track down a Turbo-Man action figure for their kids. This movie is not only a fun choice for your family to enjoy together, it’s also a cautionary tale to those last-minute shoppers out there.

Spending Christmas solo isn’t everyone’s idea of a good time, but when eight-year-old Kevin McCallister (played by a young Macaulay Culkin) is left on his own during the holidays due to an accidental oversight by his overwhelmingly large family, he takes full advantage of his unexpected freedom. That is until two shady robbers (Joe Pesci and Daniel Stern) show up and force Kevin to get a little crafty when it comes to protecting his domain.

Good grief! Charlie Brown just can’t seem to please anyone when he attempts to put on a neighborhood Christmas pageant in an effort to pull himself out of his holiday gloom. But thanks to wise words from little Linus, Charlie Brown soon discovers the true meaning of Christmas in this 1965 film that is just as much fun today as it was when it first aired.

The stop-motion animated special that originally aired in 1964 faced a bit of controversy in 2018 thanks to a video which pointed out how the story might be problematic and possibly inappropriate for today’s viewers. Granted, you could decide to skip your annual rewatch of this older tale if you think it’s aged out, but you could also use it as a great conversation starter to discuss what your family thinks about young Rudolph and his initial plight and eventual flight.

This beloved 1983 movie is so spot-on, it’s hard to believe it wasn’t actually captured back in the 1940s when the story takes place. In the film, based on Jean Shepherd’s semi-fictional 1966 book In God We Trust: All Others Pay Cash, nine-year-old Ralphie Parker and his family face the ups and downs of the holidays, including embarrassing gifts from relatives, a disastrous Christmas dinner and of course, that leg lamp. But above all, Ralphie just wants to get his dream gift: a Red Ryder Carbine Action 200-shot Range Model air rifle. “You’ll shoot your eye out!”

Desirée O is a freelance arts, entertainment and lifestyle writer.