Network orders 70 episodes of basic cable’s No. 1 comedy for millennials 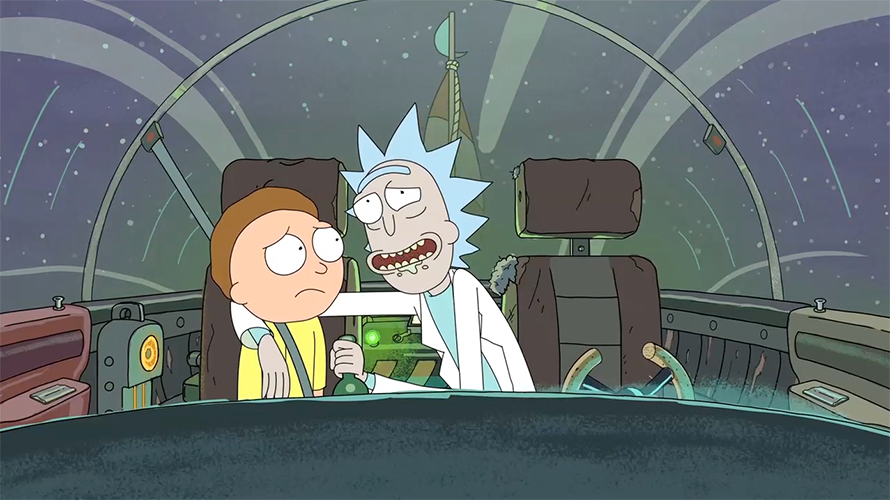 This week, the broadcast networks are making their final decisions about which current shows to pick up for next season—you can find the latest renewal and cancellation news here—but it’s safe to say that no broadcast renewal during the next week will come anything close to the size, or length, of the one Adult Swim just handed to its most popular show, Rick and Morty: a 70-episode order that should keep the series on the air for the next decade.

Adult Swim made the deal with Rick and Morty creators Dan Harmon and Justin Roiland ahead of Turner’s upfront presentation next Wednesday morning, when the show will be part of its pitch to advertisers. It’s the largest renewal order the network has ever placed.

The animated comedy’s 70-episode deal is particularly eye popping given that only 31 episodes of the show have aired since its 2013 premiere: the pilot along with three 10-episode seasons. Adult Swim isn’t commenting on how many seasons or years the renewal will cover, but at the show’s current production rate (its previous seasons aired in 2013-14, 2015 and 2017), new episodes should continue to air for a decade.

Rick and Morty was the No. 1 comedy on basic cable last year among adults 18-34 and 18-24. Brand integration has become a cornerstone of the show, with Carl’s Jr. and Alien: Covenant partnering on Season 3 last year.

As Rick and Morty fans wait for the next season, Adult Swim will resume its Rickmobile countrywide tour, which features a mobile pop-up shop, beginning May 17 in Atlanta. The series will also be featured in the first-ever Adult Swim Festival, which is set for Oct. 6-7 in downtown L.A.

This year, Adult Swim won’t be hosting its annual upfront bash, which has in the past featured performers like Kanye West, Miley Cyrus and Jay-Z. Instead, Turner has turned the Wednesday night event into a party for its entire portfolio with a performance by The Killers.