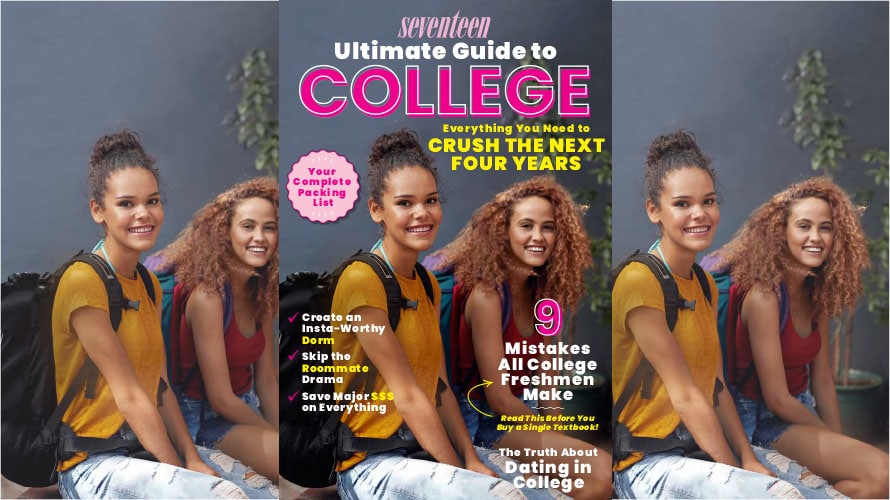 Seventeen magazine is, once again, on newsstands and, in this special issue, covering all things college prep.

It’s the first themed issue the Hearst brand is tackling in a special, 92-page spread after announcing last year that the magazine would be eliminating its subscription service and would only print four special issues per year, centered on themes.

Other top magazine publishers are using the same strategy of committing to printing special issues, including Condé Nast (with its Glamour brand) and Meredith (with Cooking Light), as they wind down a print magazine brand and take it solely online, using the opportunity to attract print ad dollars centered on big life moments for their readers or the brand’s marquee events.

When Hearst decided to shut down Seventeen’s print product, traffic to seventeen.com hovered at about 2 million unique visitors, according to Comscore figures and the magazine had a circulation of 1.9 million, according to the Alliance for Audited Media. Hearst now claims to reach 11 million monthly unique visitors.

For its first special interest publication, SIP, Seventeen wanted to write about a topic that would be especially timely to its core readers: college.

“This idea of having four SIPs around topics that are of significant importance and relevance to this demographic gives us an opportunity to have something that is substantial that you can hold in your hands,” said Nancy Berger, Seventeen svp/publishing director and chief revenue officer.

The special issue magazine, priced at $5.95, is more expensive than a regular Seventeen magazine that would have usually cost $3.99. But this magazine is 92 pages long and is a bit more condense, designed to be more easily portable, Berger said. It’ll be on newsstands through Aug. 13.

For this issue, Hearst sold space to Maybelline, which has a second cover spread, and to Fossil, which has the back cover. Though Berger said they’re open to other types of advertisements in the future, on other special issues.

“We thought this would give those advertisers something special. They loved having ownership to the magazine, which you really can’t get elsewhere,” Berger said.

Inside, the magazine covers topics that range from studying tips to dorm decorations and tips on dating and meeting new people.

Kristin Koch, Seventeen’s executive director, said the brand settled on this topic for its first special issue after noticing an increase in traffic around these trends during the summer months.

“We basically have looked at the behavior of Gen Zers and our audience and how they consume media. We really shifted our strategy around that,” she said.

Part of that took into consideration a cover star, which execs determined wasn’t as important because their audience is following their favorite stars elsewhere, like on social media platforms, Koch said.

“They know everything that happens to their favorite celebrities in real time. They’re not at newsstands the same way the older consumers are,” Koch said.

It was important for this issue to have the kind of content that wouldn’t go stale fast, but also serve as a one-stop place for readers to read about what they were googling. “That’s the way this generation is consuming print,” she said.