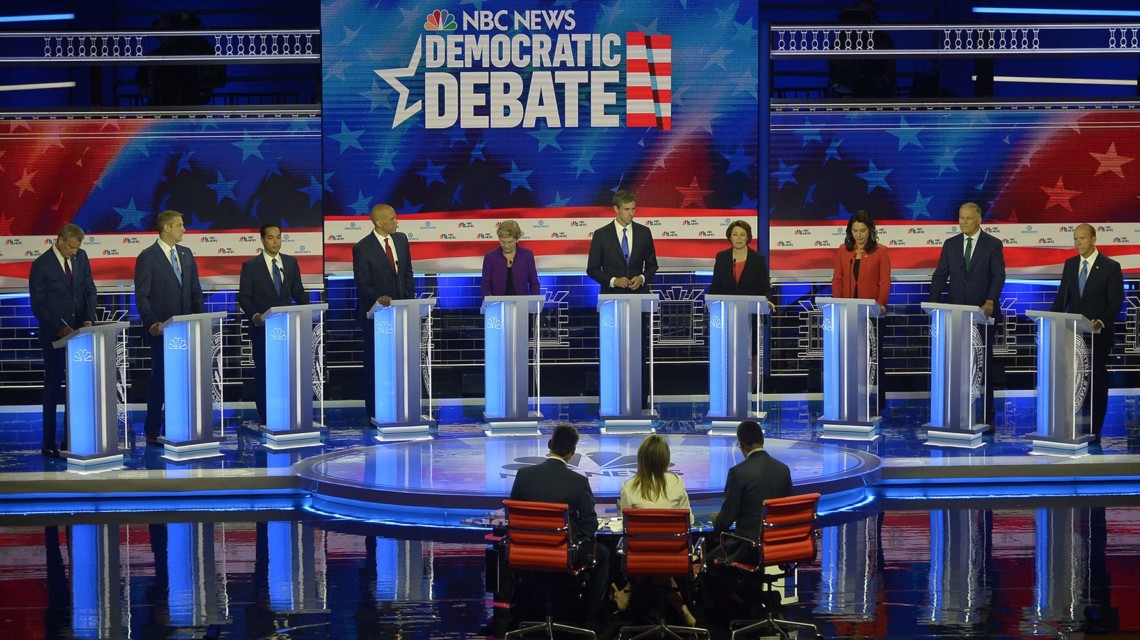 An audio snafu briefly disrupted the first Democratic primary debate last night, co-hosted by NBCUniversal, but it didn’t impact NBCU’s ad inventory for the two-hour telecast, despite what moderator Chuck Todd seemed to indicate later in the program.

The incident occurred shortly before 10 p.m. ET Wednesday during the debate, which aired on NBC, MSNBC and Telemundo.

After the moderators for the first hour—Lester Holt, Savannah Guthrie and Jose Diaz Balart—passed the baton to Chuck Todd and Rachel Maddow, it appeared that their mics were still on as they spoke backstage. Viewers, along with the in-studio debate audience, could hear the secondary audio feed while Todd was asking the 10 candidates a question about gun control and the Parkland HS shooting.

Todd—NBC News political director and Meet the Press moderator—said, “we are hearing our colleagues’ audio,” with MSNBC host Maddow adding, “We prepared for everything. We did not prepare for this.”

NBCU cut to a commercial break while the audio issue was fixed. Later in the hour, Todd told the candidates, “we blew through a break to give you guys more time,” phrasing which seemed to indicate that NBCUniversal had eliminated one of the evening’s ad pods to get the debate back on track.

That would have required the company to serve up makegoods for the brands whose spots did not run in the scuttled pod.

But it turns out that all the evening’s ad pods did, in fact, run as scheduled. When NBCU went to commercial to fix the audio issue, it simply moved up the third ad pod, scheduled for later in the hour, NBCUniversal said. No advertisers were affected as a result of the move—nor, more importantly for the company, was any ad revenue.

With Todd focusing on keeping the 10 Democratic candidates onstage in line, it’s likely that his comment echoed what he had been told by producers: they “blew through a break” because technically, that break no longer existed; it had already aired.

The ad spend for the 2020 election cycle is projected to hit $6 billion, according to a new study from Kantar.