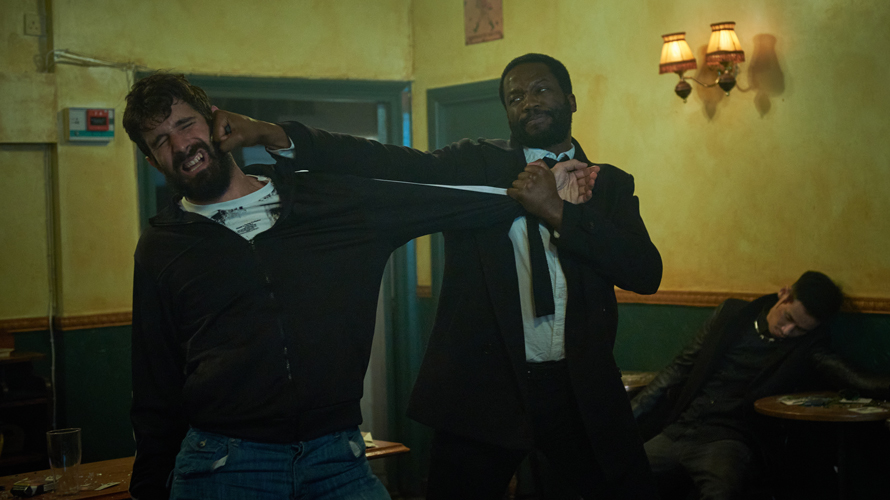 Gangs of London is one of two new AMC dramas that will debut Oct. 1 on AMC+ but won't air on the linear network until 2021. - Credit by AMC/Sky

Three years after AMC first offered cable subscribers ad-free access to its shows for an additional monthly fee, the network has now created an upgraded platform. And it’s giving users the opportunity to watch two of its upcoming original dramas several months before they will debut on the linear network.

Both Gangs of London and The Salisbury Poisonings will begin streaming Oct. 1 on AMC+ but won’t premiere on AMC until early next year, the network said today at the CTAM virtual press tour.

AMC+, which is available for Comcast, Dish and Sling subscribers for $4.99 a month, includes ad-free access to the current seasons of original shows on AMC, SundanceTV and IFC in addition to several AMC Networks streaming services such as Shudder, Sundance Now and IFC Films Unlimited.

It is an upgrade over the network’s original ad-free offering, AMC Premiere, which only featured AMC series and also cost $4.99 a month. It first rolled out in 2017 and expanded to all AMC subscribers a year later.

Dan McDermott, president of original programming at AMC Networks Entertainment Group, and co-president at AMC Studios, said today that he expects AMC+’s availability to expand in the coming months to other cable providers.

All four episodes of The Salisbury Poisonings will drop Oct. 1 on AMC+ while the first three episodes of Gangs of London will be made available on the platform the same day, with the other seven episodes rolling out weekly. Neither series will debut on the AMC linear network until early 2021. While AMC Premiere had offered access to certain episodes, like The Walking Dead’s season premiere, a few days or a week early, this is the first time that AMC is allowing its streaming subscribers to watch shows several months early.

This doesn’t apply to all new AMC series, however. AMC+ subscribers won’t get an early look at its new anthology series Soulmates, which has already been renewed for Season 2, before it premieres Oct. 5 on the network.

AMC+ and AMC Premiere have helped put the premium cable network on more equal footing with its ad-free streaming rivals. However, unlike Netflix, Hulu, HBO Max and other streamers, there is no direct-to-consumer option for AMC+ or AMC Premiere. Only those who currently subscribe to AMC via cable or satellite can access the offering.

FX is facing the same streaming competition as its basic cable rival AMC and shut down its own ad-free subscription service for cable subscribers FX+ a year ago, a few months before it announced the FX on Hulu branded hub on its sister streaming platform, which debuted in March.

AMC+ is one of two new ad-free streaming services that AMC Networks rolled out to Comcast subscribers in June. There’s also WE TV+, which features ad-free programming from WE TV and the Urban Movie Channel (UMC) streaming service, and costs $4.99 per month.

AMC announced its early AMC+ premieres a week after Sarah Barnett, AMC Networks Entertainment Group president, said she’ll be stepping down in September after 12 years at the company. After her exit, the company’s entertainment networks—AMC/AMC+, BBC America, IFC, Sundance TV—and AMC Studios will report to COO Ed Carroll on an interim basis.