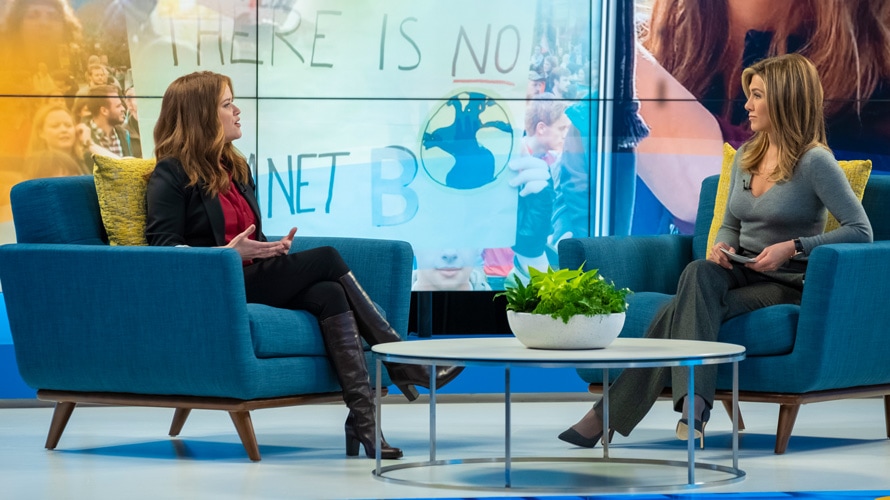 Two decades ago, Apple was in the midst of its “Think Different” campaign, an apt slogan for a company that has upended the tech world—and the entertainment industry—time and again with new offerings like the iPod, iPhone, iTunes and iPad.

But Apple’s latest product—the subscription streaming service Apple TV+, which launched today in more than 100 countries—marks a surprising stumble for a company that has been on the cutting edge of innovation for so long. At least in its initial iteration, Apple TV+ not only doesn’t improve on its streaming rivals, but it doesn’t yet come close to measuring up to any of them.

The service costs $5 a month, following a seven-day free trial. But unless you’ve purchased a new Apple product (including iPhones, iPads or Macs) since September, and therefore qualify for a free one-year subscription, Apple TV+ has yet to make a case for why it’s worth your money.

Apple TV+ bills itself as “the first all-original video subscription service,” but that’s a major drawback instead of being an advantage. Because the service doesn’t have any library content—no TV series or movies, which comprise the bulk of most SVOD services (CBS All Access, which is just $1 more a month than Apple TV+, features 12,000 episodes and movies)—that means its success is squarely on the shoulders of its original content.

At launch, Apple TV+ includes four series for adults (The Morning Show, See, Dickinson and For All Mankind), a documentary (The Elephant Queen), three kids shows (Helpsters, Ghostwriter and Snoopy in Space) and the return of Oprah’s Book Club.

Apple TV+’s biggest disappointment is its flagship series, The Morning Show, a drama starring Aniston as a morning broadcast news show co-host who is picking up the pieces after her co-host of 15 years (Steve Carell) is fired for sexual misconduct. Witherspoon plays a conservative correspondent for a regional news network who gains national attention at the same time when her outburst while covering a coal mine project goes viral.

Landing Aniston for her first TV series since Friends was a coup, and she’s terrific here, but The Morning Show squanders her and Witherspoon as it fails to find anything new to say about morning news or #MeToo. The third of the three episodes available today at launch (the rest of the season will be released weekly), which brings Aniston and Witherspoon’s storylines closer together, is an improvement, but The Morning Show—which is brimming with potential—is still struggling to find its way, and isn’t yet the kind of top-shelf series that Apple desperately wants it to be.

Dickinson, a comedy that incorporates modern music and language in its look at rebellious teenage poet Emily Dickinson (Hailee Steinfeld) coming of age in the 19th century, is similarly all over the map. The series has some interesting flourishes, including in the way her poetry is interwoven into the storyline, and there’s an intriguing pairing with Dickinson and her true love, Death (played by Wiz Khalifa), but it only occasionally gels.

The drama For All Mankind, set in an alternate timeline in which Russia, not the U.S., wins the race to the moon, is the best of the early bunch, though its lead characters don’t seem dynamic enough to carry the series. But its third episode, which sidelines most of the main characters to focus on a group of female pilots vying to become the first female U.S. astronaut, is the strongest single episode available today on the service.

(Apple TV+ is making the first three episodes of most shows available today, except for Dickinson, which is dropping its entire first season; subsequent episodes will be released weekly. The service is making one or two episodes of each series available for free today via its app.)

The drama See, starring Aquaman’s Jason Momoa and set in a world in which a virus wiped out most of the world’s population, leaving the survivors blind, is the biggest misfire of the bunch, crafting a confusing visual pallet at odds with its sightless world. (For starters, why is everyone applying war paint before a battle when no one will be able to see it?)

On the scripted side, there’s no hint yet of a defining show for Apple TV+ that brings viewers something they haven’t seen before on TV, as was the case with Amazon’s Transparent, Netflix’s Orange Is the New Black and Hulu’s The Handmaid’s Tale.

Yet Apple is entering the streaming space with the same swagger—and many would argue, hubris—that was on display during its underwhelming presentation in March. The company seems to think that its name alone will be enough to hold its own. That might have been true a few years ago, but the bar is too high now in the Peak TV era.

Zack Van Amburg, head of worldwide video for Apple alongside Jamie Erlicht, recently told the AP, “There’s an expression that we use here across the board at Apple: ‘Come to Apple and do the best work of your life.’ That’s actually what we ask of everyone who comes here.”

But so far, there’s no evidence of that caliber of work from any of Apple TV+’s stars or creators. There’s nothing on the platform that viewers haven’t seen before elsewhere—and often executed better. Dickinson would be right at home on The CW, For All Mankind and The Morning Show echo HBO shows like From the Earth to the Moon and The Newsroom, and The Elephant Queen is similar to the docs on BBC America, Discovery and National Geographic.

However, there’s much more to come from Apple TV+, even before year’s end. Servant, a psychological thriller from M. Night Shyamalan, is due Nov. 28, while drama Truth Be Told, starring Octavia Spencer, arrives Dec. 6.

It’s possible these future series will be better, or that the initial group of shows will improve as their respective seasons unfold. But until either of those things happen, it’s best to hold off on giving Apple TV+ your $5 a month; money that would be better saved for a more robust OTT service as the streaming wars heat up. (The other advantage of waiting is that there will be more content to watch.)

That said, it’s important to remember that almost all of Apple’s streaming rivals also stumbled out of the gate with mediocre, quickly forgotten original offerings, including Amazon (Alpha House and Betas), Hulu (Battleground and Quick Draw) and even Netflix (where Lilyhammer, not House of Cards, was its first show). Only CBS All Access, with The Good Fight, hit it out of the ballpark with its first scripted original at-bat.

In other words, don’t count Apple out yet. The company still has the ability to bounce back and find its own defining show. But to do that, it will have to go back to its old playbook, and think different.