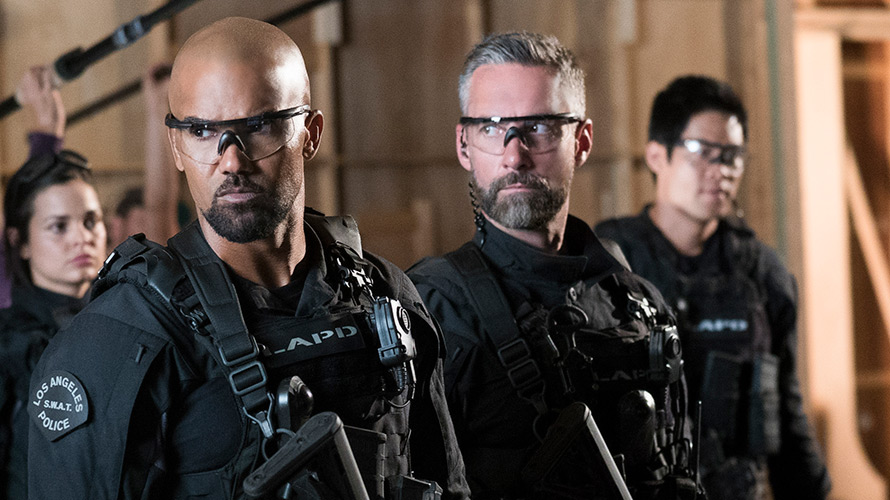 The fall season is more than a month underway—and the most likely candidates to be renewed and canceled have already emerged—but one more broadcast show has yet to premiere: S.W.A.T., which debuts on CBS tonight.

The series, which CBS held until the conclusion of its Thursday Night Football games, is based on the show that ran for two seasons in the mid-’70s, as well as the 2003 film with Colin Farrell and Samuel L. Jackson. Shemar Moore stars as Hondo, who heads up L.A.’s S.W.A.T. team and is trying to navigate the tensions between the police and the residents of the neighborhood he grew up in.

While S.W.A.T. is one of several new revivals or reboots this season, including Will & Grace and Dynasty, the producers have more creative leeway with the brand than many of those other shows. That’s because when it comes to the S.W.A.T. brand, most people are familiar with the name and the theme song but not much else.

“That was one of the appealing things, that the idea of S.W.A.T. and the theme song are so strong, and yet, there’s nothing else that you’re really tied to,” said executive producer Shawn Ryan. “We did choose to use the names and general ranks of everyone, but other than that, [executive producers] Aaron [Thomas] and I and Justin [Lin, who directed the pilot] were really able to craft our own, original story using S.W.A.T., using the theme song. It is a stealth way to get a new, and we think, original story on TV.”

"It is a stealth way to get a new, and we think, original story on TV."
Shawn Ryan, S.W.A.T. executive producer
It’s similar to the freedom given to CBS’ long-running reboot of Hawaii Five-O, another ’70s TV show that was also remembered largely for its name and theme song.

“I really don’t expect anybody in the audience to have any remembrance,” said CBS Entertainment president Kelly Kahl. “Some people remember, of course, but that’s not what we’re trading on, hoping to get people to watch the show. People may know the theme song a little bit, but we expect them to see the promos with Shemar Moore and a group of heroic folks protecting and serving. And that’s got to be the hook.”

S.W.A.T. gives Ryan another opportunity to push the boundaries of CBS procedurals as he did a decade ago with The Unit, which ran for four seasons on the network.

“I think The Unit was a very underrated, subversive show at the time, because we had our Delta Force guys doing some things that were morally questionable,” Ryan said. “They were doing it for the right reasons, but they were doing things that could be viewed as unheroic at times, and they were coming back home, and having issues with having done those things. So we were able to push the envelope for four years.”

The executive producer said the key to thriving on CBS, whose audience gravitates to multicamera sitcoms and procedurals, is to create a twist on a familiar genre.

“CBS is so good at what they do, but they’re also aware that they can’t stay static,” Ryan said. “I don’t think you want to steer too far away from what CBS does well, and yet if you try to do some new, warmed-over version of NCIS, they’ve seen that and they’ll reject you. So they still want originality and freshness, but in a lane that they understand, and that’s what this show is.”