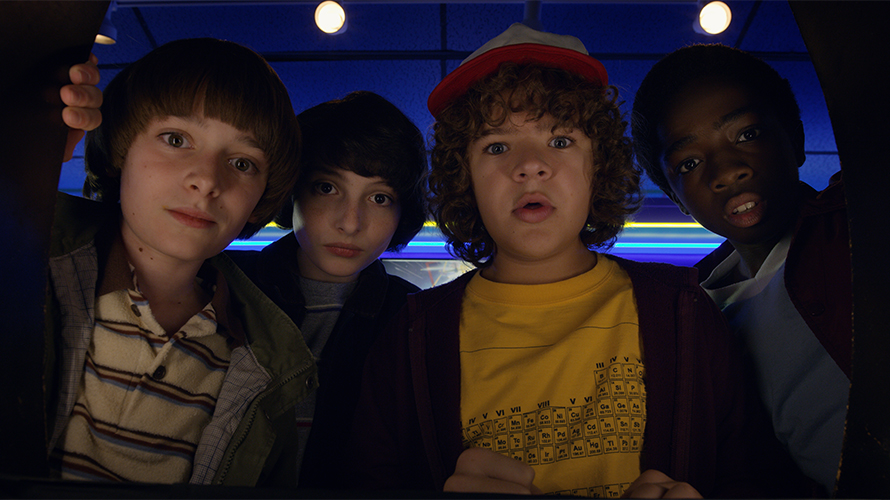 How many people actually watch Stranger Things? With Nielsen's new SVOD Content Ratings, we're about to find out. - Credit by Netflix

Ever since House of Cards premiered in 2013 on Netflix, the TV industry has been frustrated by the streaming service’s refusal to share ratings data for its content. Netflix ratings have become the industry’s white whale, with many companies attempting to nail down the company’s metrics, but seemingly failing to do so in any precise way.

That is finally about to change, as Nielsen says it will now be measuring, and publicly sharing, Netflix ratings data, while allowing networks and studios to finally get a sense of how the audience for the streaming service’s shows like Stranger Things, Orange Is the New Black, 13 Reasons Why and American Vandal measures up to broadcast and cable series. The company has launched SVOD Content Ratings, a syndicated service that measures content from subscription video on demand services, though out of the gate, the offering will only provide ratings for Netflix content.

Nielsen’s SVOD Content Ratings will provide clients the same ratings and demo data for Netflix’s original shows, movies and acquired content that they receive for linear TV programs, broken out both by season and by episode.

Initially, the offering will only provide ratings for Netflix content, and will be restricted to programs viewed on connected TV devices like Roku, Apple TV, video game consoles and smart TVs (which accounts for around 75 percent of SVOD viewing).

SVOD Content Ratings, which Nielsen has been testing with select clients since August, relies on data from Nielsen’s national panel, which is comprised of 44,000 households and more than 100,000 people.

Eight TV networks and production studios, including A&E, Disney-ABC, NBCUniversal, Lionsgate and Warner Bros., have already subscribed to the new service, and the company said more will be added in the coming days and weeks. “We’ve got a number of clients in various stages of subscription and evaluation,” said Brian Fuhrer, Nielsen’s svp of product leadership.

Nielsen has been measuring streaming content since 2014, but previously, studios working with Nielsen only had access to metrics about their own shows. They were also only permitted to use the data internally, which meant they couldn’t discuss it with the press or use it in negotiations. Now they’ll have access to ratings for all content measured by Nielsen.

“The question I always get is, ‘How did my program do?’ And the second question is, ‘How did it do in comparison with everybody else?’ That second key question is what we’re trying to answer,” said Fuhrer.

While the ratings metrics will be similar to what Nielsen collects for linear shows, it will take as much as three or three weeks for the data to be processed. “It’s definitely not an overnight process,” said Furher of the ratings, which will be made available each week. He added that Nielsen’s clients have said they would rather the data be accurate and complete rather than rushed, “so that’s what we’re working through to be able to do that.”

Initially, the SVOD Content Ratings will measure viewing via connected TV devices only, and the company will analyze its data approximate to how much viewing is done on mobile devices.

Hulu and other providers consistently say that around 75 percent of their viewing occurs via a connected TV device. “I wouldn’t be surprised if that was a low estimate, particularly for the high-value content,” said Fuhrer. “People like to watch content on a big, high-quality screen.”

In its infancy, SVOD Content Ratings won’t be measuring every single piece of content on Netflix. “We’re continuing to build our library, so we don’t have a comprehensive library of everything on Netflix right now,” Fuhrer said. “What we’re focusing on right now is the most-viewed assets out there. It breaks down into three categories: movies, Netflix originals and back seasons of TV.”

Netflix, which has always refused to share any ratings metrics, has tried to impede Nielsen’s measurement efforts by stripping out the company’s digital watermarks from its content.

For its SVOD Content Ratings, Nielsen captures a content’s video signature, compares that against a high-quality video signature that it holds for each program and loads that information into its crediting engines to determine viewing among its national panel.

The company is confident that it will be able to stay ahead of Netflix’s future efforts to resist measurement. “I would never, ever underestimate Netflix and their technical abilities, but we do feel like the approach that we’ve taken is pretty sound and sustainable,” said Fuhrer.

Netflix did not respond to a request for comment about Nielsen’s SVOD Content Ratings announcement. UPDATE: “The data that Nielsen is reporting is not accurate, not even close, and does not reflect the viewing of these shows on Netflix,” the company said in a statement on Wednesday.

While the SVOD Content Ratings only measure Netflix viewing for now, Nielsen plans to expand the offering to other streaming providers like Hulu and Amazon next year.