AT&T Doesn’t Want Its OTT Platform to Rival Netflix, but Both Will Stream Friends

‘Our expectations are very high for this,’ said CEO Randall Stephenson 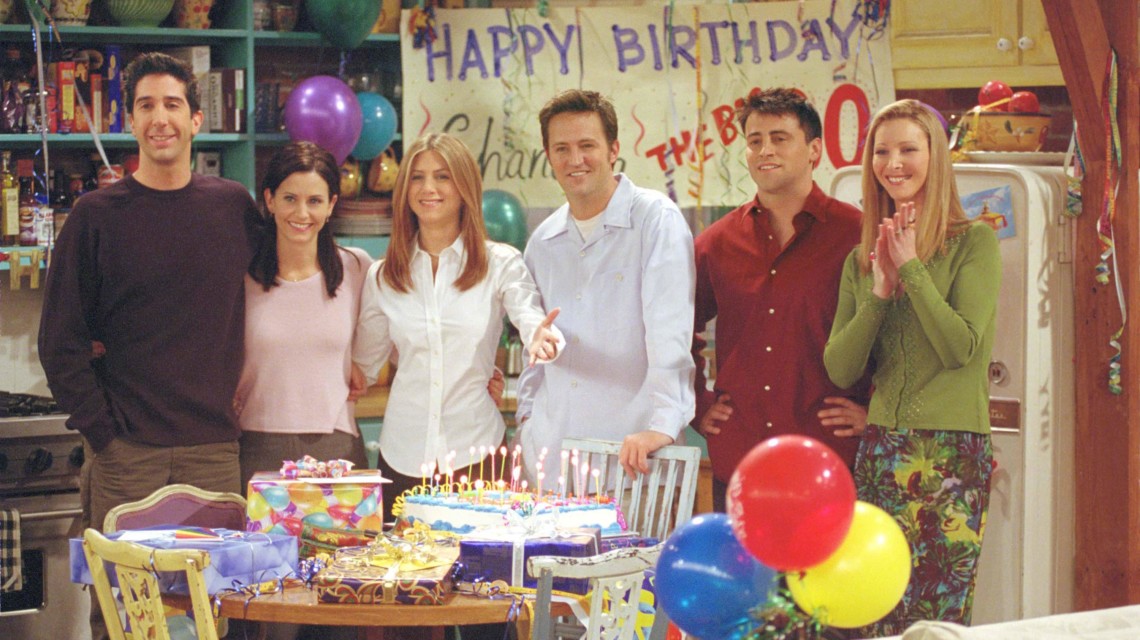 Friends will continue to stream exclusively on Netflix in 2019, but will then also appear on AT&T's new OTT platform.
Getty Images
Share
By Jason Lynch
|
December 4, 2018
Share

AT&T’s upcoming direct-to-consumer streaming service, which will launch in about a year, isn’t intended to be a Netflix rival, though the services are going to share streaming rights to at least one popular show: Friends.

The still-unnamed OTT product, which AT&T first announced in October and shared more deals about with investors last week, will rely heavily on content from WarnerMedia, including HBO and the Warner Bros. library. It will be a three-tiered service with a “core platform of movies,” said Stephenson, which will be followed by a second tier of original programming and blockbuster movies and a third layer that features the library content (some of which could be licensed from third-parties), including classics, kids/family and niche programming.

AT&T doesn’t intend for the service “to become another Netflix,” said Stephenson, explaining that it is “not our ambition” for the OTT product to rival Netflix as a “warehouse of content.”

However, the streaming services will share at least one piece of prized content: streaming rights to Friends, which was produced by Warner Bros. and has been one of Netflix’s most popular library titles.

Yesterday, it briefly appeared that Friends would be leaving Netflix on Jan. 1, but Stephenson said that AT&T just re-upped with Netflix “on a non-exclusive basis,” which means the show can stream on its own platform as well. He didn’t specify the length of the new deal.

“That’s content that we would definitely want on our platform,” Stephenson said of Friends, adding that it was “not necessary” for it to be exclusive to AT&T.

As WarnerMedia’s other streaming rights deals begin to expire and AT&T determines whether it wants to add those shows to its own platform, “every deal is going to be a little bit different,” said Stephenson. Some could be non-exclusive, others may be exclusive to AT&T and some might remain exclusive to other streaming services.

“Our expectations are very high for this product,” said Stephenson of the OTT offering. Because of WarnerMedia’s deep library of assets, “we won’t need to spend another $11 billion to rival Netflix.” But the company will increase its programming budget for original content on HBO so that network can offer “a full year of content rather than a lumpy programming schedule.”

Going forward, Stephenson believes that most consumers will have “a livestream product” like DirecTV Now, YouTube TV or a cable/satellite provider and “two or three SVOD products” like Netflix, Hulu or Disney+, which will also launch late next year. He wants to make sure AT&T’s offering is on that list.

Speaking yesterday at the UBS conference, Netflix’s chief content officer Ted Sarandos said there’s room in the streaming space for new competition. “Some of them will be successful, and I don’t think that will be to the detriment of Netflix,” he said.

AT&T’s new OTT offering will be U.S.-only at first. Stephenson would like to make it available globally but pointed to “complicated relationships” with international providers like Sky, which licenses a lot of HBO content. “There’s not a one-size-fits-all answer” in international markets, he said.

Stephenson also discussed plans to expand its addressable advertising platform to Turne, which were detailed in Adweek’s September cover story on AT&T and Verizon.

AT&T doesn’t have its programmatic technology ready to go yet as it will take “a couple of years” to build and scale it, Stephenson said. However, Turner’s ad sales team is already putting AT&T’s data to use, and AT&T will begin to monetize Turner’s ad inventory in 2019.

Stephenson also addressed the Justice Department’s appeal of the June ruling that allowed AT&T to complete its $85 billion purchase of Time Warner. U.S. District Judge Richard Leon “wrote a pretty tight order” that he expects to stand up on review and his company is “anxious to get this piece of it behind us.” He said AT&T expects a decision early next year.