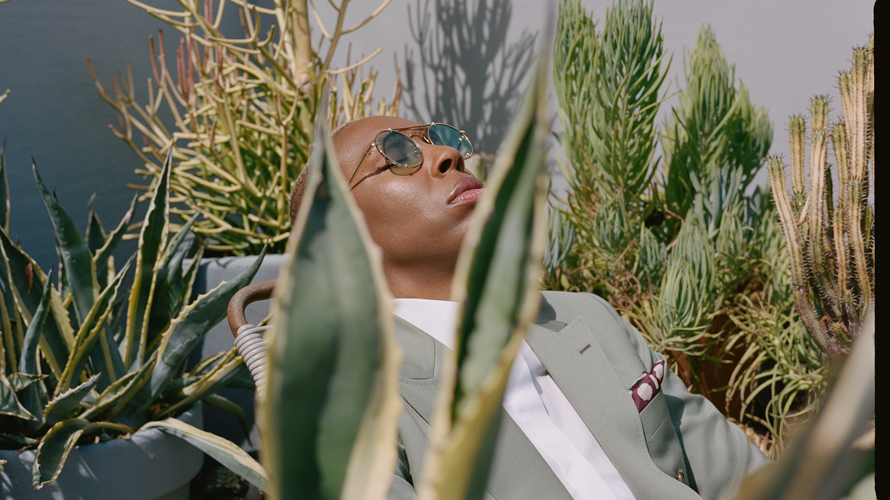 Lena Waithe is this week's cover star for our L.A. issue. - Credit by Lelanie Foster for Adweek

Lena Waithe on Why LA Was the Perfect Place to Make Her Dreams Come True
Hollywood: home of the stars. It’s a place people go to fulfill their dreams on the silver screen. But in the case of a creative like Lena Waithe, most dreams are filled behind the camera. Waithe has 22 projects in active development with some of the biggest names in the business, and an Emmy win under her belt for her writing. What’s more, the prolific writer’s first feature film debuts next month. For our L.A. Brand Stars issue, we caught up with the star about her move to the city of angles.

Adweek’s 2019 L.A. Brand Stars Never Got the Memo That Los Angeles Is Just for Chilling Out
Meet 16 execs who have been busily producing big gains and unexpected solutions for everything from dating apps (Tinder) and sports teams (the Clippers) to plant-based protein (Beyond Meat). Our L.A. brand stars lead some of the most innovative challenger brands like MeUndies, Revolve and Sweetgreen.

Read more: Learn how these execs have helped their companies achieve billions of dollars in revenue.

At a ‘Funeral’ for Barton F. Graf, Its Alumni Send Off a Creative Agency Like No Other
Barton F. Graf will go down as one of the goofiest agencies in ad industry lure, so it’s entirely fitting that alumni of the quirky shop sent it off with a funeral. Featuring a New Orleans-style marching band playing a frenetic swan song around an open coffin—containing only a dead rat, the night was filled with laughs and a few tears when the reality of the situation cut through the jokes.

Read more: See photos of the event and hear from founder and chief creative officer Gerry Graf about the agency’s legacy.

Elizabeth Warren Takes Swing at Facebook’s Political Ad Policy in Scathing Stunt
What better way to draw attention to Facebook’s political ad policy and the damage it can cause than to lie in an advertisement about its founder?

That’s what Sen. Elizabeth Warren (D-Massachusetts) planned when an ad created by her presidential campaign went live Saturday. Warren has said in the past that she wants to break up big tech companies like Facebook.

Just Briefly: The Rest of Today’s Top Stories and Insights

Canada’s SickKids Foundation, which supports The Hospital for Sick Children in Toronto, continues its years-long “SickKids Vs.” campaign of emotionally potent fundraising spots with “This Is Why.” The spot reimagines Nine Inch Nails’ “Hurt” to hit home the emotional moments inside the hospital.

Interested in learning from some of the brightest minds in marketing like Burger King CMO Fernando Machado, Kohl’s CMO Greg Revelle and Walmart chief customer officer Janey Whiteside? Apply to be a mentee today.

As leaders, we have a big responsibility to pay it forward. The older I get, the more I see the perspective of all those people who, in big ways and small ways, taught me [during my journey] and I’ve tried to do the same for others.”

Bridge the gap of uncertainty for your mentee. Reaching out to a mentor, or even knowing how to ask for help, can be wildly intimidating. So, initiate the first couple check-ins/conversations and let them know early-on how you can/want to support them.

Respect their individuality. A lot of the time, mentors tend to say things like “I see a lot of myself in you” or “so-and-so went through this once..” which devalues the specific experience that their mentee is going through. Keeping the conversation and the advice about them, while referencing past events in a broader non-person-specific way, is really important to the mentee’s personal growth and development.

The best part about being a mentor is the opportunity to help someone navigate areas that are unfamiliar and that you may have already experienced. The opportunity to guide someone on their path using the wealth of your experiences helps them move forward in ways they would have never considered.