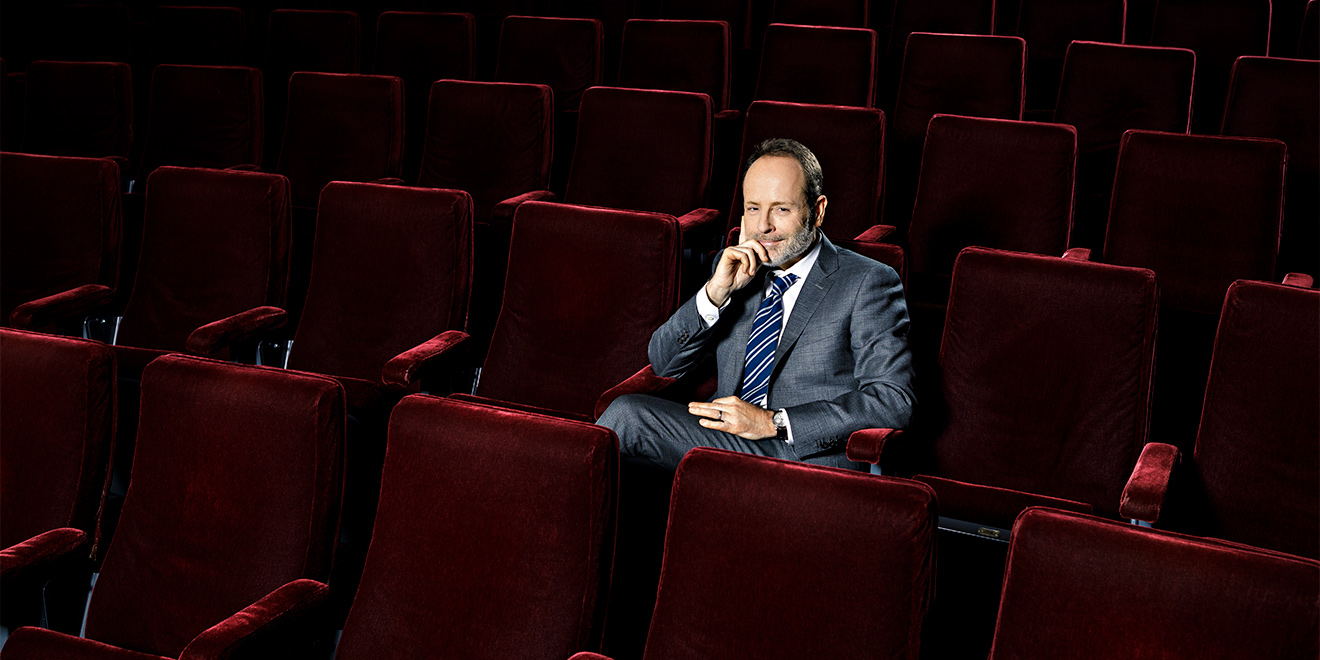 John Landgraf joined FX as its president of entertainment in 2004.
Scott Witter for Adweek
Share
By Jason Lynch
|
February 25, 2018
Share

As much as FX Networks and FX Productions CEO John Landgraf welcomes the return of American Crime Story and Atlanta to FX this winter, he still wishes the network could have had them back on the air last year, where their absence on year-end top 10 lists hurt the network’s position relative to its two biggest competitors for quality TV, HBO and Netflix. But that’s what happens when you work with visionaries like Ryan Murphy and Donald Glover—Landgraf calls them “unicorns”—who make the edgy, distinctive shows that have turned FX into one of TV’s most acclaimed, and most daring, networks. With other creative demands on their time (Murphy is shepherding six other shows; Glover wanted to play Lando Calrissian in the Han Solo prequel movie), Landgraf decided in both cases that he’d rather wait until he could have “all of their attention” and produce second seasons that would be worthy successors to the first ones.

It is a mantra that has served Landgraf exceptionally well as he’s built FX into one of the edgiest brands on TV—which, aside from AMC, is the only ad-supported network with a stable of premium programming that stacks up against the likes of HBO and Netflix. 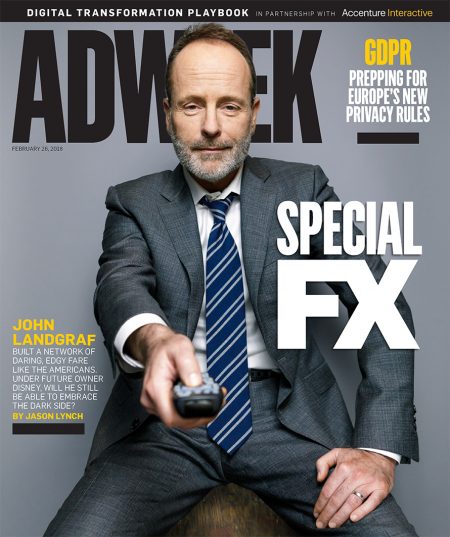 While advertisers flock to hits like American Horror Story, they’re also eager to be a part of the network’s lower-rated critical darlings like The Americans and Baskets. “For these high-engagement shows with passionate fans, regardless of rating size, we know that our commercials resonate better in that programming to that audience than in lower-engagement shows, so advertisers seek that out,” says David Campanelli, svp, director of national broadcast for Horizon Media. “There’s incredible value to advertisers to reach those people, and the content that they’re passionate about.” FX Networks (which includes FXX and FXM) brought in an estimated $749 million in linear ad revenue last year, according to S&P Global Market Intelligence’s Kagan, with FX accounting for $592.5 million of that.

But for the first time since early in Landgraf’s tenure, the future of FX’s brand seems to be more of a question mark than an exclamation point. On Dec. 14, Walt Disney Co. announced it was acquiring most of 21st Century Fox—including FX Networks and FX Productions, its TV and movie studios, its stake in Hulu and international assets like Star and Sky—for $52.4 billion, to expand its global footprint and to help fortify its content as it prepares to directly take on Netflix with a trio of direct-to-consumer offerings over the next couple of years.

The announcement left many concerned whether an edgy brand like FX can thrive in a family-friendly company like Disney, and prompted an unnerved Murphy—the network’s most prolific producer (American Horror Story, American Crime Story, Feud and the upcoming Pose)—to leave his longtime home at 20th Century Fox Television studio and sign a five-year exclusive deal with Netflix two weeks ago that could be worth as much as $300 million. “I was very not prepared for what happened” when the Disney news was announced, Murphy said at the TCA winter press tour last month. He told Disney chairman and CEO Bob Iger, “The stuff I do is not specifically Disney. … Am I going to have to put Mickey Mouse in American Horror Story?” 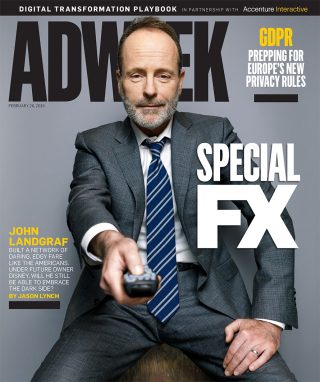