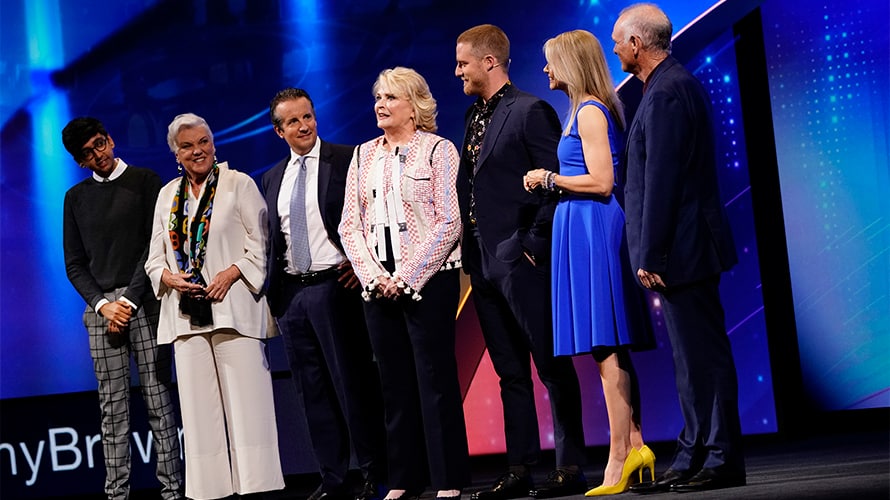 CBS wasn’t the first broadcast network to cross the upfront finish line this year, but the network still wrapped up its business a week ahead of 2016’s negotiations with a strong showing in all dayparts.

The network is finishing its upfront negotiations with double-digit CPM (cost per thousand viewers reached) increases in all dayparts, ranging from high-single-digit to double-digit jumps, according to a source familiar with the negotiations.

Volume was also up over last year’s market, where volume had been flat year-over-year.

Demand was strong in daytime, news and late night, with buyer excitement about its new prime-time lineup of shows, including its Magnum P.I. reboot, a revival of Murphy Brown and FBI, a procedural from Law & Order producer Dick Wolf. And the network also saw robust interest in its NFL games, including the Super Bowl, which CBS will broadcast in February.

Even with the quicker finish, CBS couldn’t wrap things up as soon as network sibling The CW, which finished its upfront business last Friday, or Fox, which crossed the finish line earlier today.

The network saw an increase in C7 deals over last year’s market, in which a majority of CBS’ deals were transacted on the metric. The strongest categories included retail, consumer packaged goods, pharmaceutical and financial.

CBS finished last season as the most-watched network in total viewers for the 10th straight year and tied Fox and ABC for second place in the 18-49 demo, well behind NBC, which aired both the Super Bowl and the Winter Olympics.

But CBS has a strong chance to grab first place in the 18-49 demo next season, given that it will be broadcasting the Super Bowl.

CBS’ upfront haul comes as the company is engaged in a legal battle with majority owners Sumner and Shari Redstone over control of its future.

CBS Corp. chairman and CEO Leslie Moonves, who is balking at Redstone’s efforts to storm-arm a merger between CBS and Viacom (which the Redstones also oversee), took several opportunities during last month’s upfront presentation to point out the healthy state of the company under his leadership.

“The record clearly shows, at CBS we love winning,” he said at the time. “We know a lasting success is not about winning now, but preparing ourselves to win in the future.”