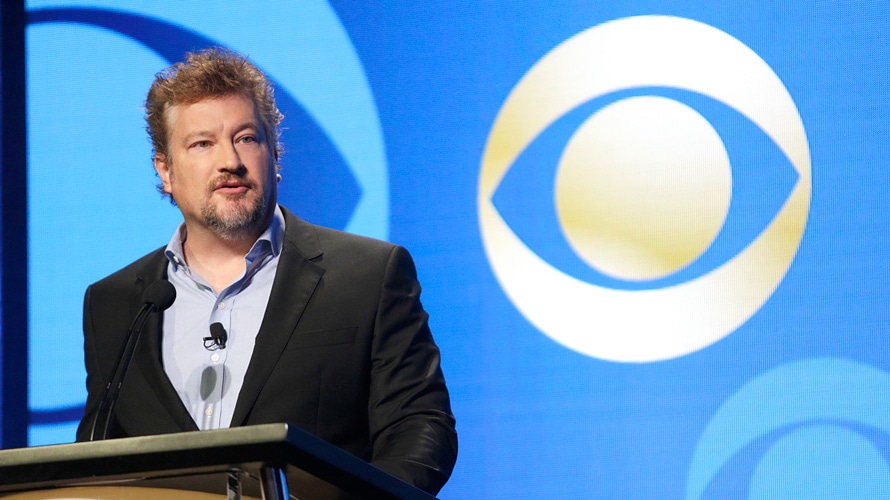 As streaming services continue to lure TV creators away from broadcast and cable networks with nine-figure deals, many others continue to be drawn to the continued power of linear TV.

The network has made a deal with David E. Kelley to write The Lincoln Lawyer, a series based on the Michael Connelly novel. It’s Kelley’s first broadcast show after several years of making cable and streaming series like Big Little Lies and Goliath.

He talked about CBS’ upfront success this summer, noting “we led the primetime market and secured strong CPM gains.”

As for Kelley’s return to the network, “we think that going back to broadcast television is a cool place to be,” said Thom Sherman, senior evp, programming, CBS Entertainment. “We get the biggest audiences.”

Kelley approached CBS because he wanted to do a show for the network. Creators “are here because they want to be here,” said Kelly Kahl, CBS Entertainment president. “There is an excitement to what we offer to terms of being on every week. A lot of producers like that.”

And that weekly opportunity to engage audiences is what gives CBS an advantage over streamers like Netflix, where an entire season drops in one day and often exits the zeitgeist just days later

“When you’re on the one of the other places, the conversation is very brief, and then people move on to other things,” said Sherman.

Kahl also said that broadcast paychecks can hold their own with the money offered by streaming services. “I think they get paid pretty well with us,” said Kahl.

The show hasn’t been a huge ratings hit, but it draws “a solid, consistent core audience comprised of people who don’t typically watch CBS,” said Kahl. He noted that Love Island won last night in women 18-34, which is a demo in which the network doesn’t often find itself No. 1.

CBS said it had always expected Love Island to mirror the U.K. show’s year-over-year growth. “We acquired the show for the long term,” said Kahl, who also praised the show’s “incredible social engagement.”

As for the network’s other new high-profile unscripted series this year, no decision has been made on The World’s Best, which debuted after this year’s Super Bowl but failed to build an audience. If the reality competition show does return, CBS would likely “tweak the format,” said Kahl.

The execs were also grilled about CBS’ decision to stand by its show Bull and star Michael Weatherly, even after a sexual harassment claim against the actor from actress Eliza Dushku (who had previously appeared on the series) resulted in a $9.5 million settlement and later caused Steven Spielberg’s production company to cut ties with the show.

“To us, it’s a show that does very well, it’s a very popular show” watched by more than 10 million people ever week, said Kahl. “Michael is loved by our audience. … Even after these allegations came out, people continued to watch.”