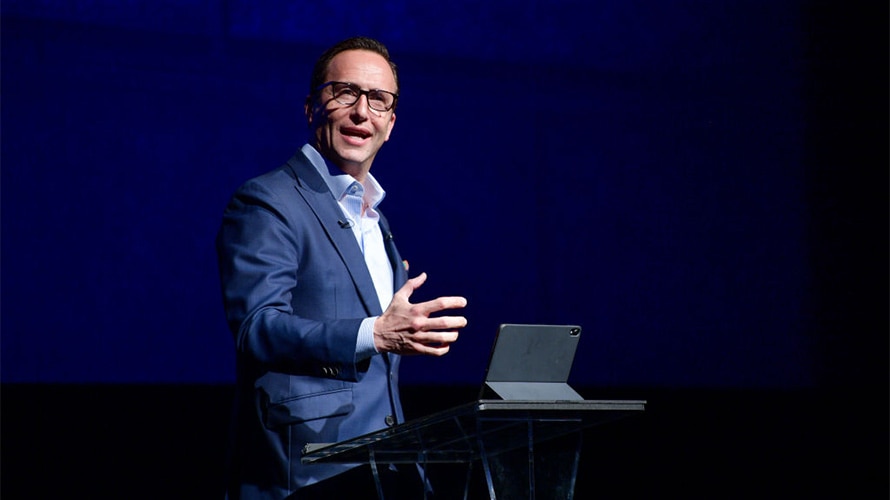 When it was announced in October that then-AMC Networks chief Charlie Collier had been tapped as Fox Entertainment CEO, the news came as a surprise to many in the TV industry—including Collier himself.

The AMC chief executive had previously worked with 21st Century Fox executives, including Peter Rice, the current Walt Disney Networks chairman, when he sold the international rights to AMC’s top hit The Walking Dead. Fox and AMC had also worked together on the AMC original series The Killing, which Fox’s TV studio produced. However, he never expected to be considered for the Fox job.

“I wouldn’t leave AMC unless it was a really rare opportunity,” Collier said. “But what would you do to define what network television is going to be for the next era? What would you do to get the chance to start again? That notion was very powerful.”

“What we want to do is build a startup culture here, take the best of what was working and try to elevate that and hopefully change popular culture,” he said.

What else does Collier want to do at Fox from a programming standpoint?

The network already has Thursday Night Football in the fall as well as the WWE’s SmackDown Live, which will air on Fridays year-round starting this fall. With limited space on the schedule, he’ll have to be pickier about what he puts on the air.

“Scarcity is a friend,” Collier said. “It’s not a hindrance.”

While Collier spoke a lot about what Fox has going for it, he did add that the network has room for improvement. “I always say, your greatest strength is your greatest weakness,” he said.

Collier rattled off positives like Thursday Night Football, SmackDown Live and Empire, which give the network “diversity and opportunity.” He added, “With that diversity means we don’t speak to just one audience, and marketing from one night to the other doesn’t necessarily travel as easily. We have to figure out how to better do that.”

The CEO also talked about whether content creators will be less likely to work with Fox Entertainment now that Fox News is such a prominent voice at Fox Corp., the company that was spun off prior to the close of the Disney-Fox merger last month.

Collier said he understood that many Fox Entertainment creators are politically active, but noted that the news side has never asked him about his opinions. He also credited Fox programming executives as producing some of the most interesting programming and movies in the world.

“We have creative freedom here, and it’s an interesting time to be doing what we’re doing,” Collier said. “[Fox News] is 3,000 miles away, and we’re here working hard on the lot.”