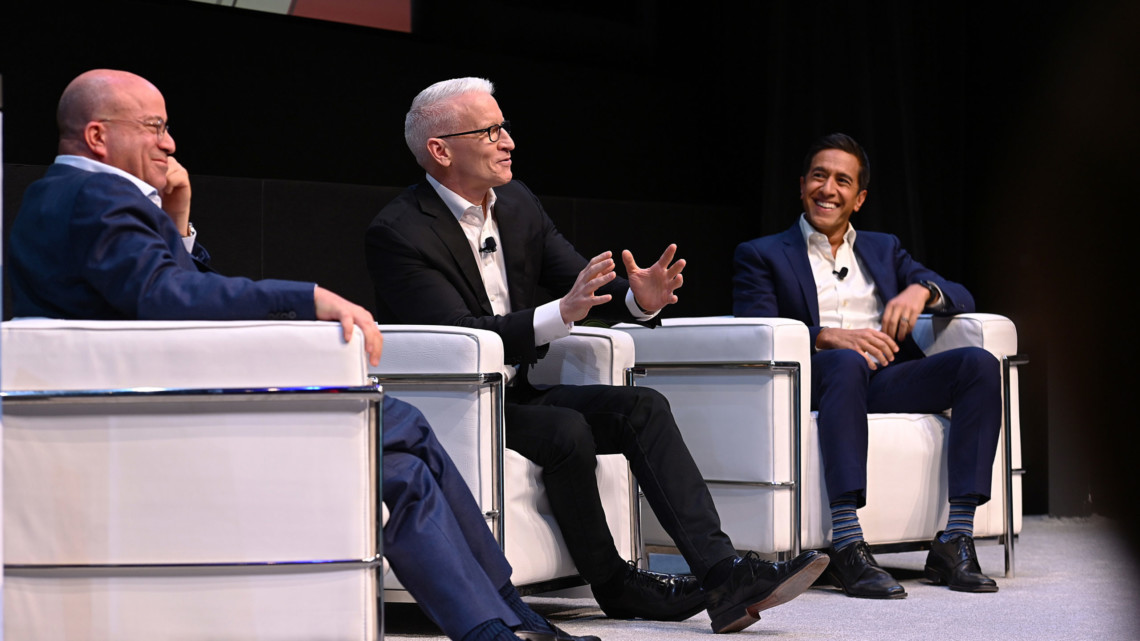 The coronavirus epidemic has already thrown a wrench into upfront season, with two media companies canceling their upfront events earlier this week. However, CNN went ahead with its own presentation Thursday night, kicking off upfront season with its CNN Experience event at its New York headquarters in 30 Hudson Yards.

Despite growing coronavirus concerns, WarnerMedia’s cable news network had no problem convincing buyers to make the trek to Manhattan’s west side: The 250-seat theater was filled to capacity, with some attendees relegated to an overflow room. But the outbreak wasn’t far from anyone’s thoughts and was a main topic during the presentation, which featured several panels and discussions from CNN execs and journalists who touted the network’s key selling points and the strengths of its various platforms.

“We put our customers’ needs at the center of everything we do,” said Joe Hogan, evp of sales and marketing at WarnerMedia.

Jeff Zucker, president of CNN Worldwide and chairman of WarnerMedia News and Sports, noted that 93% of CNN viewership is live, a key stat for advertisers because “live television is more important than ever,” he said.

However, “CNN is much bigger than just television. We’re a digital powerhouse,” said Zucker, who pointed out that CNN Digital had its largest monthly audience ever in January, with 148 million unique U.S. visitors.

While CNN’s election coverage will dominate much of 2020, there’s plenty more to come after November. “CNN has a strategy post-election,” said Zucker, including a bigger investment in CNN Business, more podcasts via CNN Audio and a slate of new original series.

Dr. Sanjay Gupta, CNN’s chief medical correspondent, talked about his new coronavirus-centric CNN podcast that debuted this week—Coronavirus: Fact vs. Fiction—and gave an update on the epidemic and his approach to covering it.

“Trying to provide the context for people becomes important,” Gupta said. “You need to recognize the significance of what’s happened in order to be able to deal with it.”

Gupta told attendees that he’s not shaking hands with anyone during the epidemic, but assured the upfront audience that it’s still safe to be in a room with 250 other people. Also, there’s no need to buy masks or pull their children out of school. “We’re not there yet,” he said.

Anderson Cooper talked about the importance of journalism in today’s “fake news” world. “There’s never been a more important time to be in the business we’re in. … The truth is under assault,” said Cooper. “It is a critical time for there to be people who are willing to stand up.”

John King, chief national correspondent and Inside Politics, provided insight into the state of the presidential election, post-Super Tuesday. “There’s a real fight within the Democratic party, and we’ve got a ways to go,” said King of the race between Joe Biden and Bernie Sanders for the nomination. “This is not over.”

AT&T Business execs talked about 5G and its implications for advertisers. Sarita Rao, svp of business marketing, analytics and alliances for AT&T Business, envisioned a real-life version of the 2002 science fiction film Minority Report, which saw Tom Cruise and encountering hyper-targeted messages on various screens while walking through a mall.

CNN also gave attendees a glimpse at two upcoming original series, including Searching for Italy With Stanley Tucci, in which the actor tours Italy and learns various stories about the country’s food. (Tucci was unable to fly to the event from London because of coronavirus concerns, but recorded a short video for the audience.)

In Ravi Patel’s Pursuit of Happiness, the actor travels the world with friends and family in search of answers to questions like how to raise a child.

The CNN Experience event was held shortly after Fox News Media and Comcast’s FreeWheel each canceled their respective upfront presentations, which were scheduled for later in March. The other upfront and NewFronts presentations are still on, for now, though some media companies are mulling their options.