Crazy Rich Asians Thrust Constance Wu Into the Spotlight, and She Knows Just What to Do With It

From speaking her mind to turning down endorsement deals, handling fame her way 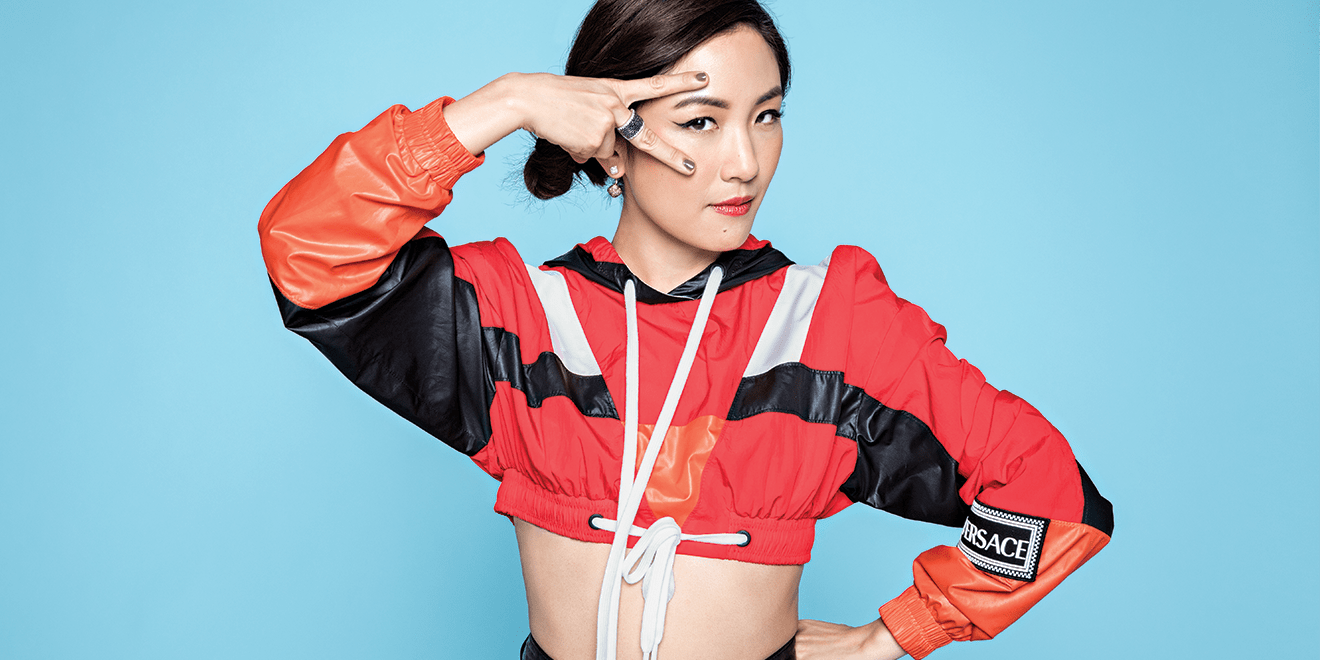 Constance Wu certainly has every reason to celebrate right now. Her August romantic comedy, Crazy Rich Asians—Hollywood’s first major studio film in 25 years with a majority Asian-American and Asian cast—has become a smash hit, grossing more than $165 million domestically, with a sequel already in the works. But while Wu, 36, is thrilled about the movie’s success, she wants to make sure that Hollywood continues to address its considerable lack of Asian-American representation on both sides of the camera, and not think that one hit movie makes up for decades of neglect.

“It’s like how sometimes I will be like, ‘All right, I’ve cleaned my kitchen. I’m done; the kitchen is clean.’ But it’s not! It takes maintenance,” Wu says. “Life goes on after that, and you’re going to have to keep cleaning. A lot of people have this idea of, ‘I finished this big thing; it’s done forever.’ And that’s not how anything works at all!” 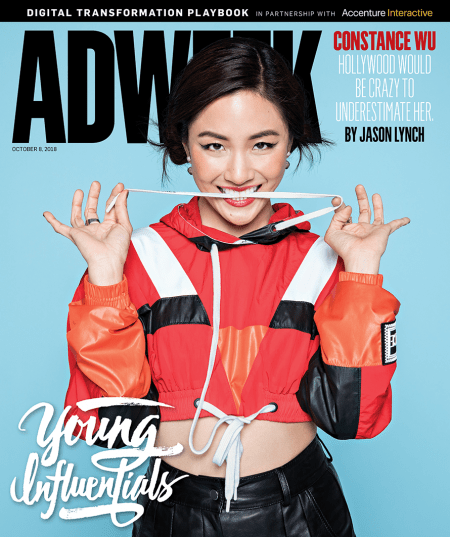 Wu has made a career out of helping correct Hollywood’s decades of cultural negligence. Three years before Crazy Rich Asians—in which she plays Rachel, an NYU economics professor who discovers that her boyfriend (Henry Golding) is a member of one of Singapore’s most successful families—Wu began starring in Fresh Off the Boat, the first U.S. prime-time sitcom about an Asian-American family in two decades. The ABC series was a success, with Wu’s performance as fearsome-yet-loving matriarch Jessica Huang singled out in particular, but the actress—who had never appeared on a TV show before—struggled with her newfound fame. “It messed me up emotionally in a way I didn’t even understand that caught up to me later,” she says. “It’s really lonely, because it’s the type of strain that you’re incredibly privileged to have, and therefore it’s even harder to talk about it, because you never want to seem ungrateful.”

She worried it would happen again with Crazy Rich Asians—ahead of the film’s release. “I was really scared. I had a lot of panic attacks,” she admits—but her fears seem to have been unfounded. “Fresh Off the Boat was a great primer for all the anticipation and noise that has surrounded Crazy Rich Asians,” she says, noting that filming Season 5 during the movie’s release helped keep her grounded, as well as the decision to turn down invites to the types of “crazy, amazing parties” she frequently attended after Fresh Off the Boat’s debut. Those gatherings “didn’t hold my attention, and I felt weird,” says Wu, who instead has been celebrating in the wake of Crazy Rich Asians more privately with “the community that built me,” including friends, other filmmakers and her acting coach.

In other words, she’s doing it her way, which has been a staple of her career. Wu has been outspoken for years about everything from Asian-American representation in Hollywood to other hot-button issues: In January 2017, nine months before the #MeToo movement, she was one of the loudest—and only—Hollywood voices objecting to the Oscar nomination of Casey Affleck for his film Manchester by the Sea because of his past sexual harassment allegations. “It was a tipping point where what would have felt worse to me was not speaking out, because nobody else is talking about it,” she says of Affleck, who went on to win Best Actor. “I had to do it and I definitely lost some opportunities, because sometimes when there’s a woman who’s assertive, there’s a certain idea of how she might be to work with.”

For Wu, activism and acting go hand in hand. “I’ve been outspoken about things long before I was famous. People just think it’s new, because I’m new to them. They didn’t hear me in high school,” she says. “Part of the reason I’m an actor is because I’m very passionate about things that affect humans, which is why I tell human stories. Activism is something that’s intricately tied into what my craft seeks to do in the world.” 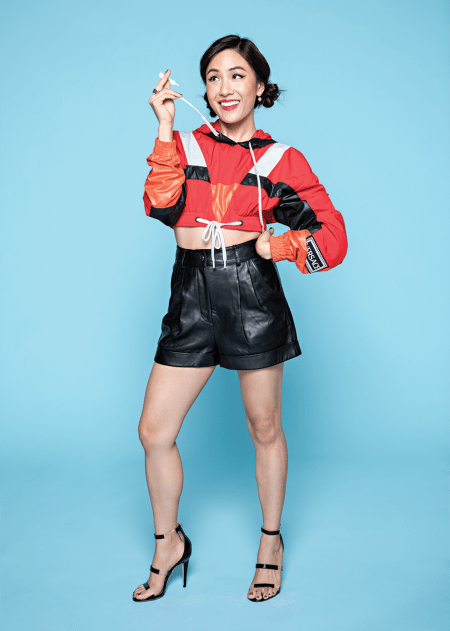 The actress might be a movie star now, but she still enjoys her day job on Fresh Off the Boat. Wu loves that the show has “storylines where your Asian-ness isn’t incidental; it’s actually crucial. It’s a part of your identity that you want to explore,” as well as other episodes that examine topics that aren’t as closely tied to race, like son Eddie getting his driver’s license. “That’s great, because it shows an Asian-American family in many different facets, not just in one way.”

This season, Fresh Off the Boat has moved to Fridays as part of ABC’s revived TGIF lineup, which holds a lot of special memories for Wu. “When I was a kid, I’d have sleepover parties with my girlfriends, watch Boy Meets World and have popcorn,” she says. “We’ll see how TGIF does this time, but it definitely has a nostalgia factor to it that I hope people respond to and find comfort in.”

While Wu appeared in the Samsung Galaxy “Make It Yours” spot from director Dee Rees and cinematographer Rachel Morrison that debuted during March’s Oscars (“That’s enough for me to do something, if I think the creative team behind it is super-talented”), she’s so far been turning down other endorsement offers. “I just want to be careful that if I put my name behind something, it’s something that feels in line with my values,” she says. “That can be tricky, but I think it means that when I do find something, it’ll be more special.” Still, the fact that she’s even getting those offers at all “is amazing,” she notes. “It’s not often that you have an Asian-American woman who is asked to be the face of a cosmetics campaign, unless she’s a model.”

In addition to continuing on Fresh Off the Boat, Wu will at some point film the Crazy Rich Asians sequel. She’s not sure yet if it will follow the events of China Rich Girlfriend, the second book in author Kevin Kwan’s Crazy Rich Asians trilogy, but says, “I know that everyone is really passionate about making the next movie, so I think it will be great.” The actress is also adjusting to a new phenomenon: “This movie has opened a lot of doors, and people are just offering me leading parts now—I’m not auditioning!”

However, there’s still one plum part she’s eager to land: a role in a movie musical. Explains Wu: “Musicals bring me joy, so I want to do something that brings me that kind of joy. They don’t make many these days, so the likelihood is not great. But that’s my dream right now.” 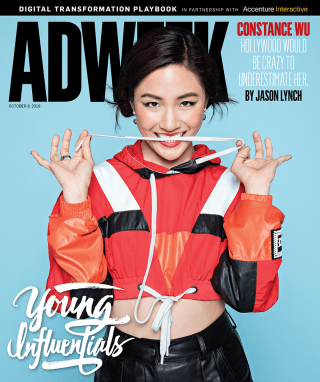