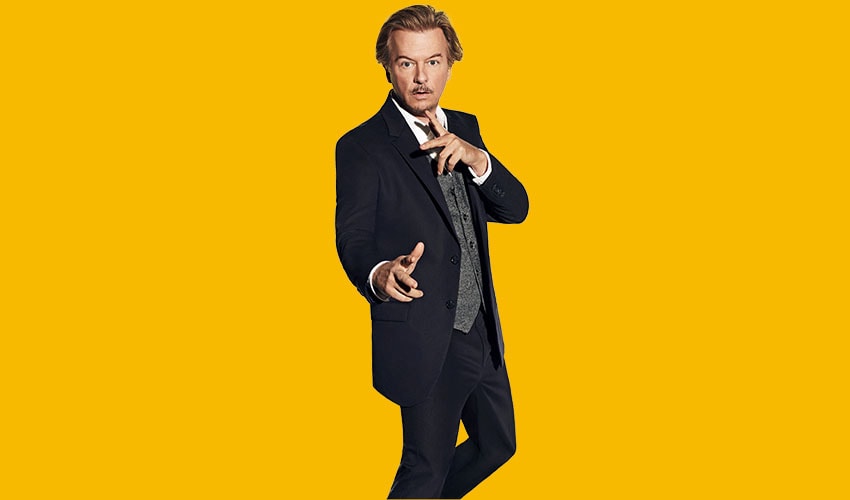 Lights Out With David Spade will be Comedy Central’s third attempt to find a companion series to The Daily Show With Trevor Noah. - Credit by Comedy Central

Comedy Central’s third attempt at a companion series to The Daily Show With Trevor Noah now has a title and premiere date.

Lights Out With David Spade will debut on Monday, July 29, at 11:30 p.m. ET and will follow The Daily Show every Monday through Thursday, the network said today.

The series will include “a rotating group of Spade’s comedian and celebrity friends while also incorporating sketches and field segments,” said the network. It also released a new teaser for the series, in which Spade jokes about America finding out “how old I am” (he’s 54):

The network said in February that it had signed Spade for the new series. In his video announcement at the Television Critics Association’s winter press tour, Spade said, “We’re going to cover everything: pop culture, whatever’s funny, whatever’s stupid, whatever’s dumb. It’ll be me and my stupid friends.”

However, “there will be no politics—mostly because I’m too stupid,” he said, adding, “This is going to be a great show, people. Don’t let me fool you!”

Spade also appeared at the Viacom Digital Studios NewFronts event in April, where he joked, “I couldn’t be more fake-thrilled to announce that we’re also developing a new digital original series” to Lights Out.

Lights Out With David Spade will be Comedy Central’s third attempt to find a companion series to The Daily Show With Trevor Noah. One year ago, the network pulled the plug on The Opposition With Jordan Klepper, which had run for nine months and satirized hyperbolic alt-media outlets like Breitbart and Infowars.

The Opposition was the second 11:30 p.m. show to have a short-lived Comedy Central run since The Colbert Report signed off in December 2014 as Stephen Colbert prepared to take over The Late Show on CBS. The Nightly Show With Larry Wilmore was canceled in August 2016 after an 18-month run.

This will be Spade’s second Comedy Central series in which he satirizes popular culture. He previously hosted The Showbiz Show With David Spade, a weekly show that premiered in 2005 and ran for three seasons, ending in 2007.