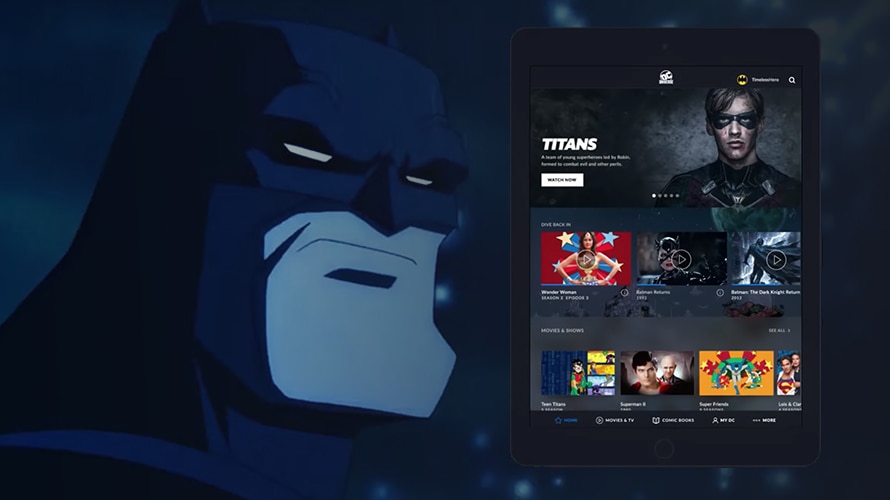 The anticipated offering will be released Sept. 15 in celebration of “Batman Day” and will feature its first original series, Titans, to be released about a month later. Titans is a revisit to the Teen Titans franchise, which showcases young heroes’ experiences across the DC Universe.

Once it goes live, fans will be able to sign up for a seven-day free trial. The monthly subscription will cost $7.99 per month or $74.99 per year, which will give members access to original DC series, animated movies, TV shows as well as DC comics. The library will include programming such as Batman Beyond (1999), Justice League the animated series (2001–2004) and Batman: The Brave and the Bold (2008–2011). Subscribers will also be able to access a daily news program, members-only shop and sweepstakes.

The platform will not be ad-supported.

If fans pre-order the annual membership, DC will give three additional months for free and enter them into a sweepstakes to take a trip with a friend to LA, tour DC headquarters and ride in the Batman Forever Batmobile.

DC Universe will work on desktop, iOS and Android devices and will be available on Roku, Apple TV, Amazon Fire TV, Android TV and Google Chromecast.

DC Universe’s pricing is in line with other OTT services, such as a basic Netflix and Hulu plan that each cost $7.99 per month. But, prices range for other OTT platforms, such as CBS All Access with commercials that costs $5.99 per month and HBO Now, which costs $14.99 per month.

An Amazon Prime membership, which gets you free two-day shipping on Amazon and access to the company’s Prime Video library, costs $99 per year or $8.25 per month.

The DC Universe OTT platform might be live for a few months before it has to compete with Disney’s OTT platform, which is expected to launch late next year. Disney’s platform has been billed as having less content than Netflix, but cheaper, and will feature the Disney movie slate starting next year.