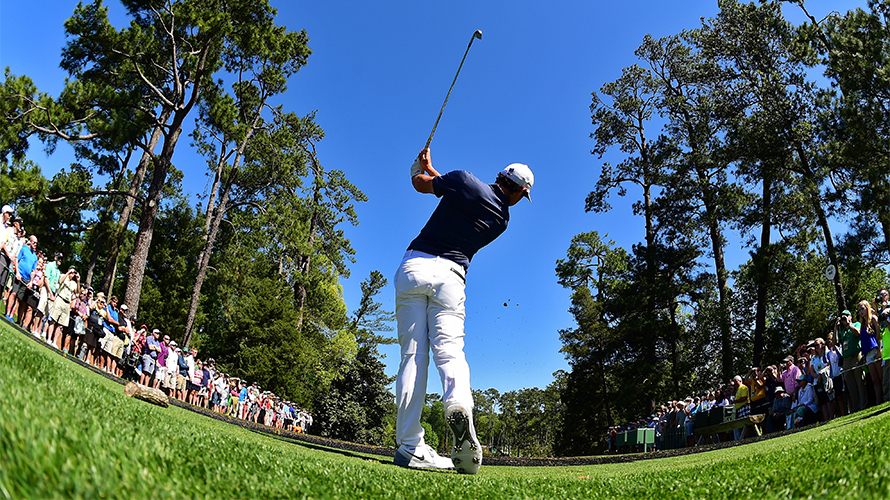 The business will be led by Discovery’s Alex Kaplan, president and general manager of the new Discovery and PGA Tour business. Getty Images

Discovery Communications is the world’s leading purveyor of unscripted content—but it doesn’t just stick to the entertainment programming space. The company is proving its dedication to all kinds of unscripted content by continuing to ramp up its investment in live sports.

Today, Discovery announced that it’s entering a 12-year, $2 billion international multi-platform media partnership with the PGA Tour. The partnership includes live international live broadcast rights to professional golf’s top circuit and the creation of a PGA Tour-branded OTT service that will provide on-demand PGA programming for audiences outside of the U.S.

The PGA Tour-Discovery rights deal, which goes into effect next year, does not include the U.S., where the tour airs on CBS and NBC (and NBC-owned Golf Channel) through 2021.

The cost of the PGA rights will increase as more international territories are added to the deal. Discovery will pay $50 million per year in 2019 and 2020, with countries like Australia, Canada, Italy, Japan, Netherlands, Portugal, Russia, Spain, Poland and South Korea coming into the fold; it will pay $100 million in 2021 as Belgium, China, Germany and South Africa enter. Denmark, Finland, India, Norway, Sweden and the U.K. enter in 2022, with the final territory (France) entering in 2024. Costs increase up through 2030, and approximately $20-30 million will go towards marketing over the first three years of the deal.

Discovery plans to offer coverage of the PGA Tour both on its traditional services as well as via the forthcoming OTT service, which is set to launch on Jan. 1 of next year.

“We’ll launch with something that’s quite good—probably something that’s better than anything out there now,” Discovery chairman David Zaslav told reporters at a breakfast in New York this morning. “But we’re talking about doing a global offering that no one’s ever done before, so the consumer will be telling us over the several months what else they want to see, and then we will be building that into the platform.”

The direct-to-consumer product is a work in progress and is presently unnamed.

“Our number one mission is for this to be a global OTT platform, and while it will house live content, we think it could be a place where people can shop, for instructional video, short form video, and much more,” Zaslav continued.

PGA Tour commissioner Jay Monahan, who took the reins from Tim Finchem at the start of 2017, said the entire process of transforming the PGA’s international business kicked into high gear at the end of 2016 into the beginning of 2017. “That was largely due to the fact that we were seeing more and more top international stars come forward, and we felt it was a good time for us to create our own direct to consumer product experience globally,” said Monahan.

Indeed, 50 percent of the top players on the PGA Tour are foreign-born, including top-10 stars like Justin Rose, Rory McIlroy, Jason Day, Jon Rahm and Hideki Matsuyama. With this new direct-to-consumer product, international fans can get to know golfers from their home countries a little better.

“One big additive here as we go forward is we want our international players to have a greater voice, to be able to tell their story and to share to their fans in their home country how they’re progressing through the year,” said Monahan. “We think the international OTT service can be a great platform for that type of storytelling, and we feel the fan will really benefit.”

Zaslav echoed the storytelling aspect. “We’re in the business of telling stories, and the PGA Tour has done an extraordinary job of telling us who these athletes are,” said Zaslav. “Content is about conflict. It’s about understanding emotionally where the player is coming from, what they have to come back from, and with our platforms, we’ll be able to really dig into that.”

The PGA’s desire to partner specifically with Discovery on its global media initiatives makes sense. “Discovery is the number one player in Europe,” said Monahan. “They were a perfect partner for us on this.”

Discovery paid $1.44 billion in 2015 to become home of the Olympics in Europe from 2018-2024. Through its Eurosport brand, it delivers both premium and fully localized sports coverage on TV all year round. The Discovery-owned Eurosport Player is Europe’s most popular OTT streaming service with presence in 54 markets.

For the 2018 PyeongChang Olympics, Discovery established over 40 free-to-air broadcast partnerships, delivering every minute of the Olympic Games via OTT for the first time across Europe.

This PGA Tour-branded service will be separate from Eurosport Player and, consequently, the second OTT sports service under the Discovery umbrella.

The business will be led by Discovery’s Alex Kaplan, president and general manager of the new Discovery and PGA Tour business. Kaplan was evp of commercial for Eurosport Digital, where he helped grow the direct-to-consumer business to over 1 million subscribers.