Disney and Fox Say Their $71.3 Billion Merger Will Close on March 20

Deal was first announced 15 months ago 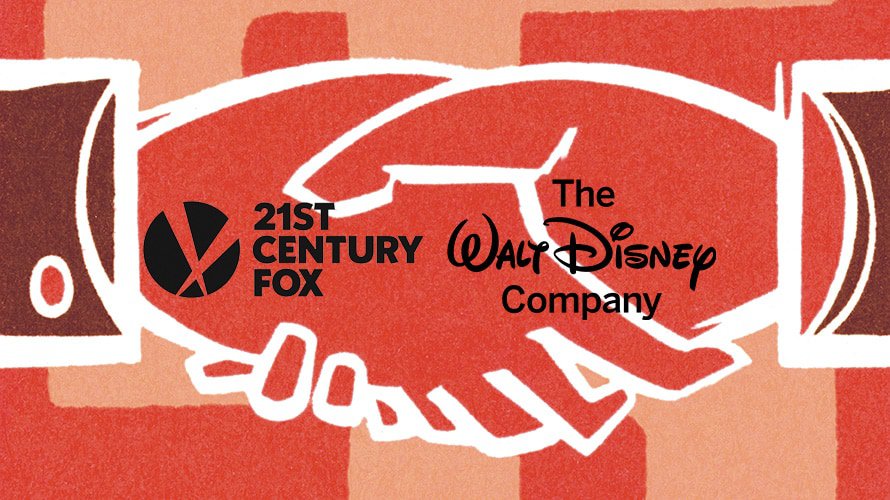 The long-anticipated $71.3 billion merger between the Walt Disney Company and 21st Century Fox, first publicly announced almost 15 months ago, is about to cross the finish line.

The companies said that they expect the deal to close on Wednesday, March 20, which is eight days from now.

The deal will give Disney control of the Twentieth Century Fox movie and TV studios, cable networks like FX and National Geographic, India’s Star network and Fox’s 30 percent stake in the Hulu streaming service.

Disney first announced its bid for Fox, which at the time was $52.4 billion, back in December 2017. Comcast threw a wrench into talks last summer with its own counteroffer for Rupert Murdoch’s company, driving up Disney’s bid to $71.3 billion before bowing out in July.

For the past several months, many of the networks affected by the merger had found themselves in limbo, knowing what the post-acquisition plans were but unable to act on them until the deal was closed. The situation was even more complicated with upfronts fast approaching.

“It is a holding pattern. It’s a bit of limbo. And everyone feels it, because we’re excited,” Karey Burke, who was named ABC Entertainment president in November, told Adweek last month. “I was just with Bob [Iger, Disney’s CEO], and I said, ‘I feel like a horse at the gate.’ We’re all just waiting to get out of the paddock and run, and build this thing that is going to be so exciting.”

Added National Geographic Global Networks president Courteney Monroe, “It’s like, let’s do it already, let’s get going! Because it’s going to enable us to be a bigger player for Disney than we were for Fox, and that’s exciting.”

The timing of the potential close had disrupted some early upfront plans for networks that will be on the move to Disney. FX opted to skip its annual bowling party, which has been an upfront staple for a decade.

While things are “business as usual” for now, buyers “definitely would prefer closure and clarity” with regard to the deal being finalized, David Campanelli, co-chief investment officer, Horizon Media, recently told Adweek. “The biggest impact will be the upfront. It will be important for ABC-Disney to be selling FX and Nat Geo in the upfront as part of their portfolio.”

Today’s announcement of a closing date would confirm that the Disney-Fox portfolio shuffling will be indeed complete in time for this year’s upfront talks.