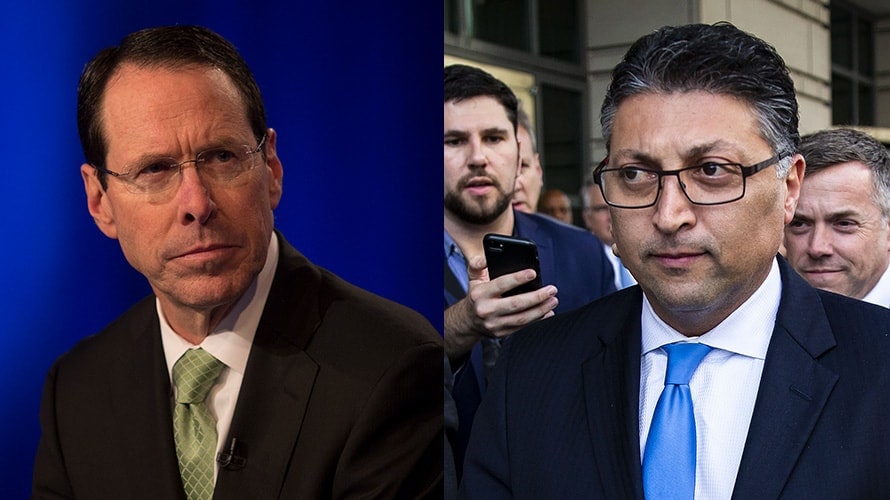 AT&T CEO Randall Stephenson and the DOJ's Makan Delrahim faced off in court again, but the results were the same. Getty Images

The Department of Justice has again been thwarted by the courts in its efforts to derail AT&T’s $85 billion purchase of Time Warner. Today, a federal appeals court rejected the DOJ’s appeal of the government’s antitrust suit against the AT&T-Time Warner deal.

The U.S. Court of Appeals for the District of Columbia Circuit affirmed U.S. District Judge Richard Leon’s ruling last June when he approved the AT&T-Time Warner deal with no conditions. Both verdicts are a blow to Makan Delrahim, chief of the Justice Department’s antitrust division, who had filed the suit against AT&T just two months after he was confirmed.

That led to the biggest antitrust case in decades, as Delrahim’s team tried (unsuccessfully) to make its case that AT&T would use networks like HBO and TNT to raise prices for rivals.

After Leon’s ruling,  AT&T wasted no time in moving forward with the deal, completing its $85 billion purchase of Time Warner (the brands and business of which are now known as WarnerMedia) two days later.

The DOJ appealed Leon’s verdict in July, and AT&T chairman and CEO Randall Stephenson said last September that his company was “spending zero effort thinking about this appeal. It is having no impact on how we work through integration and execute on our plans.”

In a statement, AT&T said, “The merger of these innovative companies has already yielded significant consumer benefits, and it will continue to do so for years to come. While we respect the important role that the U.S. Department of Justice plays in the merger review process, we trust that today’s unanimous decision from the D.C. Circuit will end this litigation.”

UPDATE: Tuesday afternoon, the Justice Department said that it has “no plans to seek further review” of the merger, which would signal the end of its efforts to block the merger.

While AT&T has kept its WarnerMedia assets in a separate unit until the appeal was resolved, it is already working to combine the strengths of both companies. In January, AT&T began using data from Xandr, its advertising and analytics unit, to power Turner’s ad offerings.