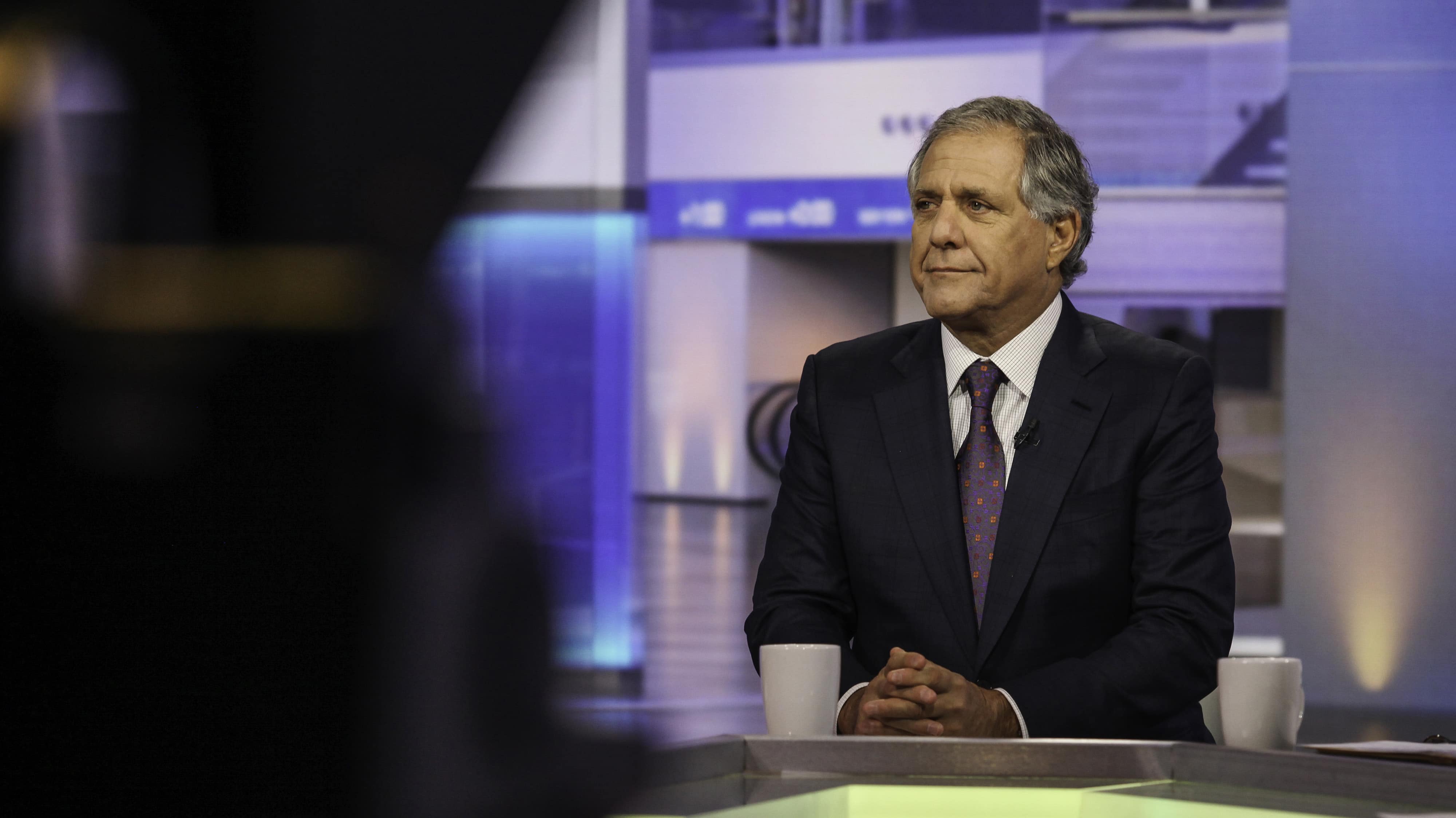 Moonves joined the company in 1995 as CBS Entertainment president and has overseen CBS since 2006. - Credit by Getty Images

What does CBS look like without its über-confident longtime leader Les Moonves? We’re about to find out.

The CBS Corp. CEO and chairman is departing the company he has led since 2007, CBS said tonight. His exit comes after a tumultuous four months during which CBS sued parent company and controlling shareholder National Amusements over its future, and a total 12 women accused Moonves of sexual harassment and intimidation in a pair of New Yorker stories published in July and this morning.

Moonves will leave CBS, effective immediately. COO Joseph Ianniello will step in as president and interim CEO while the company searches for a permanent replacement.

Along with negotiating Moonves’ exit, CBS has also reached a settlement with National Amusements, dismissing the lawsuit just a month before their Oct. 3 court date.

Under that agreement, National Amusements has agreed to not pursue a merger between CBS and Viacom for two years.

“CBS is an organization of talented and dedicated people who have created one of the most successful media companies in the world. Today’s resolution will benefit all shareholders, allowing us to focus on the business of running CBS—and transforming it for the future. We are confident in Joe’s ability to serve as acting CEO and delighted to welcome our new directors, who bring valuable and diverse expertise and a strong commitment to corporate governance,” said vice chair Shari Redstone in a statement.

Under Moonves’ contract, he would have received a severance package in excess of $180 million in cash and stock if he is fired without fault, or leaves for what is considered “good reason.”

However, CBS said that Moonves will not receive any severance benefits at this time, beyond some fully accrued and vested compensation and benefits, and “any payments to be made in the future will depend upon the results of the independent investigation and subsequent Board evaluation.”

Moonves and CBS will donate $20 million to one or more organizations that support the #MeToo movement and equality for women in the workplace, and that will be deducted from any future severance payments to him.

Lead independent board director Bruce Gordon said in a statement, “We thank Les for his 24 years of service. Among his achievements, he established a strong management team, giving us great confidence as we accelerate our succession plans and provide continuity of leadership. This agreement maintains an independent board that is charged with determining the best course for the future of CBS on behalf of all shareholders.

UPDATE: Moonves issued a statement late Sunday night, which said in part: “Untrue allegations from decades ago are now being made against me that are not consistent with who I am. … I am deeply saddened to be leaving the company.”

During the past two decades, no TV exec has been as synonymous with his or her network as Moonves, who was a regular, boastful presence on earnings calls and the network’s annual upfront event at Carnegie Hall.

“I’ve been to more than 20 upfronts, and Les has spoken at every one of them. There’s no one else I can say that about,” one buyer told Adweek last month. “He has a legacy and a position that no one else has.”

Moonves joined the company in 1995 as CBS Entertainment president. He has overseen CBS since 2006, when CBS and Viacom were split into separate companies. Under his watch, CBS has been the No. 1 network in total viewers for 10 seasons straight, and for 15 of the last 16 seasons.

Beyond the linear network, he has nurtured premium cable network Showtime, launched the OTT service CBS All Access and turned in-house CBS Television Studios into a prolific production company.

But his tempestous summer began on May 14, two days before CBS’ upfront, CBS Corp. filed suit against its majority owners Sumner and Shari Redstone over control of CBS’s future. The company’s action was spurred in part by CBS’ concern that the Redstones were strong-arming them to merge with Viacom; National Amusements said in a statement days later “it has no intention of forcing a merger that is not supported by both CBS and Viacom.”

The battle was also widely seen as Moonves’ attempt to cement his legacy at CBS, but those efforts were upended by Ronan Farrow’s New Yorker story, which was published on July 27.

In Farrow’s feature, six women, including actress Illeana Douglas, accused Moonves of sexual harassment and intimidation going back several decades. Four women describe “forcible touching or kissing during business meetings in what they said appeared to be a practiced routine,” Farrow wrote, while the other two told them that “Moonves physically intimidated them or threatened to derail their careers.”

Moonves responded to the allegations with the following statement, which appears in the New Yorker story: “I recognize that there were times decades ago when I may have made some women uncomfortable by making advances. Those were mistakes, and I regret them immensely. But I always understood and respected—and abided by the principle—that ‘no’ means ‘no,’ and I have never misused my position to harm or hinder anyone’s career.”

Yesterday morning, Farrow wrote a second New Yorker story about Moonves, which contained new sexual assault and harassment allegations from six additional women, several of whom said their careers were damaged as a result of Moonves retaliating against them when they rebuffed his advances.

In a new statement for that follow-up story, Moonves acknowledged three of the encounters described in the article—he did not specify which three he was referring to—but said they were consensual. “The appalling accusations in this article are untrue,” he said.

Even after the first New Yorker story broke and the CBS board hired two law firms to investigate the allegations raised within it (which also included misconduct at CBS News and an indictment of the overall company culture), Moonves defiantly remained the public face and voice of the company.

He was front and center for the most recent earnings call on Aug. 2, but didn’t discuss or allude to the New Yorker story or the lawsuit.

But Moonves’ usual braggadocio on that call didn’t stop analysts from declaring that the lawsuit and the allegations were damaging the company, and some began publicly discussing the possibility of Moonves stepping aside.

“If these accusations are correct, it would be impossible for Les Moonves to continue running the company,” MoffettNathanson senior analyst Michael Nathanson wrote in a note to clients after CBS’ earnings call, adding that “CBS stock, at this point in time, is simply uninvestable.”

Now it’s time to see whether Moonves’ departure will change their outlook for the company.