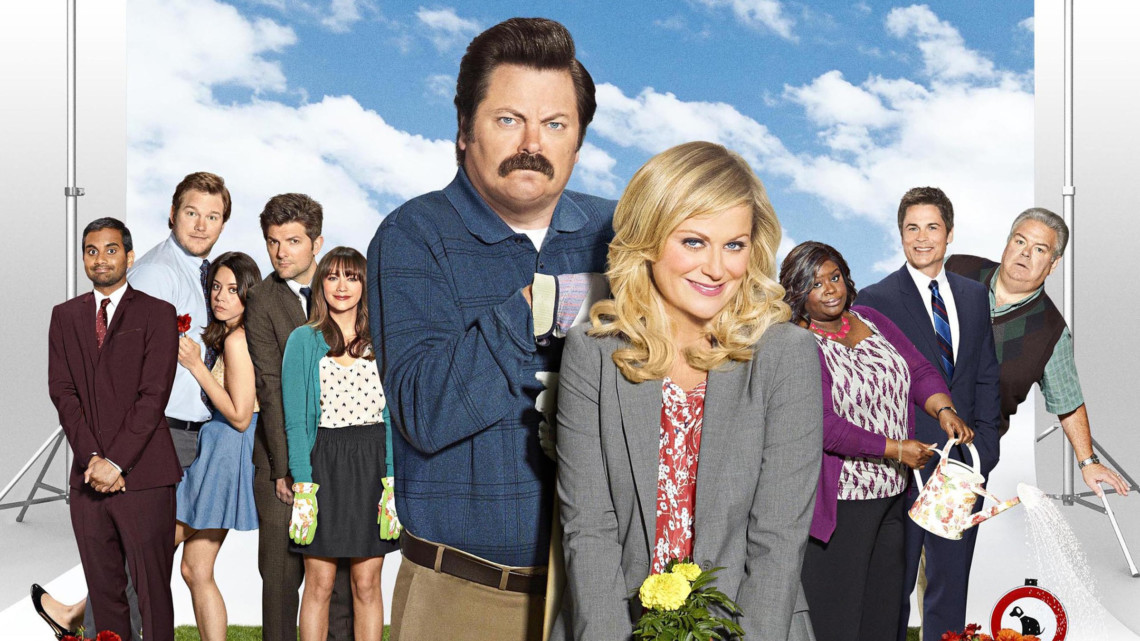 The entire Parks and Recreation cast, along with several of the sitcom's guest stars, will appear during the April 30 special. NBC

HBO Max’s highly anticipated Friends reunion special has been delayed due to the Covid-19 pandemic, but the cast of another long-running, much-beloved NBC sitcom is getting together instead.

The entire Parks and Recreation cast is reuniting for a new special—airing next Thursday, April 30 on NBC—to benefit Feeding America, the country’s largest hunger relief organization.

In the new story, Poehler’s Leslie Knope tries to stay connected to her friends while everyone is social distancing.

Leslie Knope wants to let you in on a secret... On April 30, #ParksAndRec is returning to NBC for “A Parks and Recreation Special”. Our workplace proximity associates, along with our neighbors at @StateFarm, are raising money for @FeedingAmerica. Join us! https://t.co/YuyWBTYmrH pic.twitter.com/ZId6Lq3rkJ

It’s true! We’ve already filmed the episode! Many are saying it’s the greatest episode of television ever to be filmed in Quarantine. It’s not a competition. But if it was... we would easily win. PLUS we’re donating… https://t.co/6v1oPIJGRY

The telecast will raise money for Feeding America’s Covid-19 Response Fund. State Farm and Subaru of America will each make matching donations of $150,000 and, along with NBCUniversal and the Parks and Recreation cast and writers, a total of $500,000 in matching donations will be made through May 21. Those interested in donating on behalf of the reunion can do so at feedingamerica.org/parksandrec.

With its return, Parks and Recreation will become the first scripted broadcast show to address the coronavirus pandemic. CBS previously announced that its drama All Rise will produce a coronavirus-themed episode, shot entirely remotely, that will air on May 4.

“Like a lot of other people, we were looking for ways to help and felt that bringing these characters back for a night could raise some money,” said Parks and Recreation co-creator and executive producer Michael Schur in a statement. “I sent a hopeful email to the cast and they all got back to me within 45 minutes. Our old Parks and Rec team has put together one more 30-minute slice of (quarantined) Pawnee life, and we hope everyone enjoys it. And donates!”

Parks and Recreation ran for seven seasons on NBC, ending in 2015.

“As Americans are staying at home, they are turning to NBCUniversal for the programs that provide a respite during these uncertain times,” said Mark Marshall, president of advertising sales and partnerships at NBCUniversal, in a statement. “With this special, we’re reuniting fans with their favorite Pawnee locals, and collaborating with esteemed organizations like Feeding America and industry leaders including State Farm and Subaru to make an impact in communities across the country.”