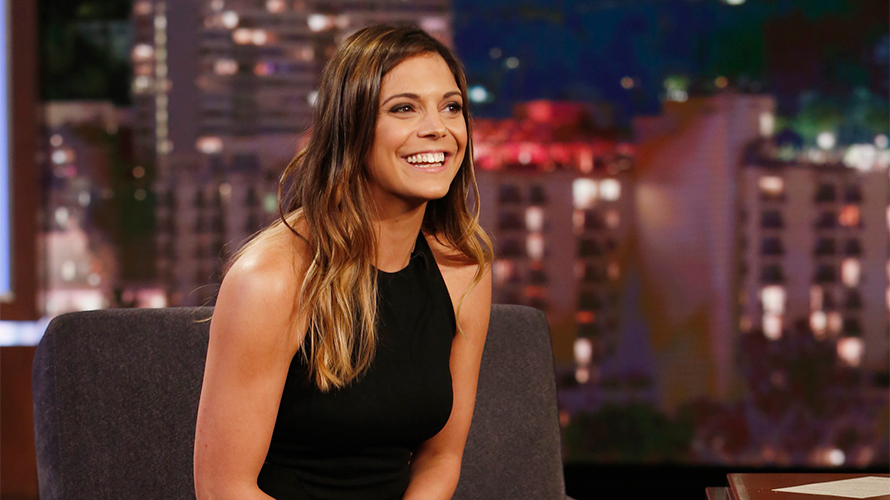 Katie Nolan, who moved from Fox Sports to ESPN last month, will host the debut of SportsCenter on Snapchat. - Credit by Getty Images

After rolling out daily news shows from NBC News and CNN in recent months, Snapchat is teaming with ESPN to bring a regular sports show to the platform for the first time. But unlike the NBC News and CNN shows, ESPN’s new offering from Snapchat carries the name of one of the network’s biggest brands: SportsCenter.

The show will debut on Snapchat today at 5 p.m. ET and will begin its regular schedule tomorrow, with new episodes available at 5 a.m. and 5 p.m. on weekdays, as well as 5 a.m. on weekends. Additional episodes will be produced as breaking news warrants.

ESPN was an original Snapchat Discover launch partner two years ago, producing publisher stories for the platform. Those stories are now transitioning into the SportsCenter shows.

SportsCenter “was such a cultural force when it launched, and it defined the way that generations have looked at sports through the lens of its sensibilities. Those behaviors have shifted as a result of mobile and video consumption, and frankly the conversations around sports,” said Sean Mills, Snap’s head of original content. “We have been talking about this ESPN for some time and felt there was an opportunity to reimagine what SportsCenter would look like for a new generation.”

Each three-to-five-minute episode of SportsCenter will include “cutaways to incredible moments in sports and sports culture” which “will be weaved in throughout the show,” according to Mills.

“You’ll get great highlights and you’ll hit the big stories of the day, but you’ll also tap into some of the big cultural conversations,” added Mills. “This is not people in a suit behind a desk; this is getting in close and intimate with the personalities and getting to know them.”

“This is not people in a suit behind a desk; this is getting in close and intimate with the personalities and getting to know them.”
Sean Mills, Snap’s head of original content
Mills said SportsCenter will be just as “revolutionary” in this iteration as it was on ESPN, and that the brand was an essential component of the new Snapchat venture. “The DNA of SportsCenter is as fresh and relevant to our audience as it always has been, and we felt like that was something that we really wanted to build on,” he said. “It’s such an iconic brand, I think it elevates the show by tapping into that.”

Despite its brief length, SportsCenter episodes will venture beyond coverage of just football, baseball, basketball and hockey. “One thing we’ve seen on Snapchat is that a lot of our stories that we produced outside of the big four sports has performed incredibly well. If there’s a great human story there—humor, drama, emotion—our audience has shown that they’re really interested in that,” he said.

The daily news shows “map onto the kinds of behavior that most Snapchatters have already, which is that they visit the app with high frequency on a daily basis, over 20 times a day,” said Mills, adding that Snapchat will likely include more of them in the future.

Over the past two years, Snap has partnered with almost all major media companies to create exclusive, original content—usually between three and five minutes and shot vertically for the platform.