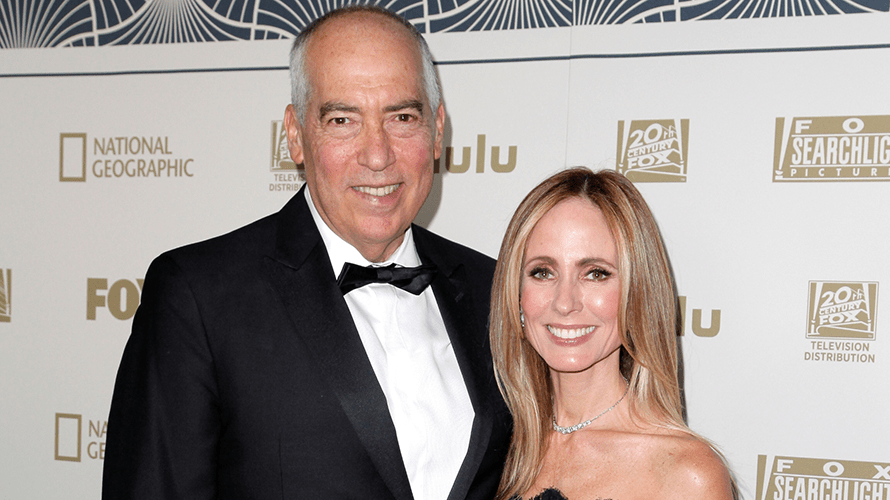 Gary Newman and Dana Walden, who run Fox's network and TV studios, won't be able to do both jobs after the merger. Getty Images

Fox chiefs Dana Walden and Gary Newman still aren’t talking about their own futures after the Disney-Fox deal closes, but the Fox Television Group chairmen and CEOs are sharing more details about what their network will look like post-merger.

Last Friday, Disney and Fox shareholders voted to approve the merger, clearing one of the biggest obstacles remaining to complete the $71.3 billion deal. But Fox Broadcasting, along with Fox News and Fox Sports, won’t be part of the merger, and will be spun off into a company that will tentatively be called New Fox.

“Not since my kids were little have I been asked so many times about going to Disney,” Walden said at the Television Critics Association’s summer press tour in Los Angeles, referring to reports that she is negotiating for a larger role at Disney after the merger. (Newman, meanwhile, could stay to run the network, which won’t be included in the deal.)

Newman and Walden are in a unique position among Fox execs affected by the Disney deal in that they oversee both the television studio (which will be heading to Disney) and the Fox broadcast network (which will be part of New Fox).

Because “the approval process is still ongoing,” said Walden, she and Newman can’t talk much about Fox-Disney, and added that the new management structure, as well as Walden and Newman’s future at the company, is “still unresolved.”

During January’s winter press tour, Walden and Newman spoke to reporters shortly after Disney announced it would be acquiring 21st Century Fox. Back then, Walden joked, “we inspired a new drinking game: ‘business as usual,’” but “you will not hear that phrase from us today.”

Instead, the execs focused on what ‘New Fox’ will look like after the merger, and reiterated that it will still be a home for scripted entertainment series, even though Fox has inked major deals to bring Thursday Night Football and WWE’s Smackdown Live for the next five years.

New Fox will be part of “more-focused media company … that will be run by the Murdochs,” said Walden, who reiterated that the network’s mix of scripted shows, reality and sports “is going to remain as it’s been the past decade.”

Even with 11 weeks of Thursday Night Football each fall and the WWE coming next fall, “there’s still so much to program,” said Walden. “I don’t anticipate the mix to change.”

As they look to New Fox’s scripted future, “we see this as a great opportunity to get vibrant, independent studios back on the network,” said Walden. Previously, Fox would gravitate toward shows produced by its in-house studio, 20th Century TV (which Newman and Walden also oversee). But she wants New Fox to be the “first choice” among the Big Four broadcasters for studios like Sony, Lionsgate, MGM, and Warner Bros., which aren’t affiliated with NBC, ABC, CBS or New Fox.

Walden noted that the top rated shows on the other three networks last season were produced by independent studios or outside production teams: ABC (Roseanne), NBC (This Is Us) and CBS (The Big Bang Theory).

Despite the uncertainty about New Fox, “there’s been no shortage of projects coming in the door,” said Walden.

Although Fox said it is not increasing its unscripted output, the network did announce three new unscripted series that will air this season. The Masked Singer, airing in January, will feature celeb singers facing off against one another, but each one will be covered head-to-toe to conceal his or her identity. Nick Cannon will host, while Ken Jeong, Jenny McCarthy, Nicole Scherzinger and Robin Thicke serve as studio panelists.

The network will also broadcast Mental Samurai, hosted and produced by Rob Lowe, which Fox called the “first-ever obstacle course for the mind.” Also coming is game show Spin the Wheel, which offers contestants the chance to win more than $20 million per episode. That show is executive produced by Justin Timberlake, hosted by comedian Dax Shepard.

Both execs said that The Simpsons will continue as part of Fox, even as the studio, which produced the series, moves to Disney.

“The Simpsons is so much a part of the brand, there are no plans for them to go anywhere other than Fox … for the foreseeable future,” said Walden. Added Newman. “I feel confident that Disney and Fox are going to find a way to both have an interest in that show.”

Fox has revived Tim Allen’s Last Man Standing and will air it on Fridays this fall. Newman said there are currently “no plans” for Allen’s character to identify as a President Trump supporter on the show, but “clearly he’s a character with a conservative viewpoint.”

Looking ahead, the network is still looking at ways to revive 24. Walden said that producers Howard Gordon and Brian Grazer are developing two concepts: a 24 prequel, featuring a younger Jack Bauer, and “a whole new take on the franchise set in the legal arena.”

“We think it still has a lot of power and a lot of legs,” said Gary Newman of the legal version, which would be set 24 hours before a death row inmate is scheduled for execution. “You have to look for an arena where the stakes are high and time matters.”