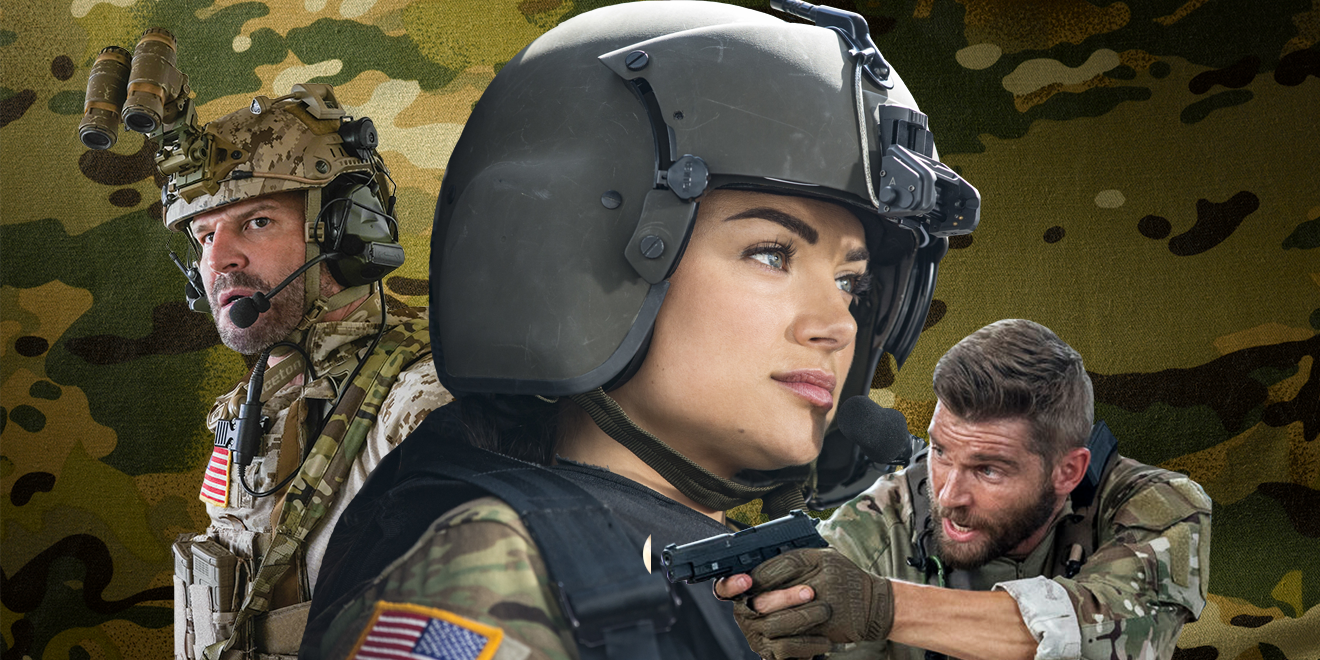 When Valor premieres tonight on The CW, it will become the third military-themed freshman drama to air on broadcast this fall, following SEAL Team on CBS and The Brave on NBC. While all three networks insist their shows are distinctive enough to stand out from the others, buyers predict that only two of those series—at most—will be able to survive.

Each season features several shows that tackle the same subject matter, with most of those series failing to make it to Season 2. Last year saw an abundance of time travel shows like Timeless (NBC), Time After Time (ABC), Frequency (The CW) and Making History (Fox). Only Timeless made it to Season 2, and that only happened after NBC initially canceled the show, only to change its mind a few days later.

So far, SEAL Team—starring David Boreanaz as the head of the Navy SEALs’ most elite team—has performed solidly for CBS in its first two weeks. Last week, it was once again Wednesday night’s most-watched show, with 8.4 million viewers, 2 million more than Modern Family or Empire (though the show finished fourth in its time slot in the 18-49 demo, with a 1.2 rating).

Over on NBC, The Brave—which follows a special forces unit as it carries out dangerous missions around the globe with assistance in D.C. from the Defense Intelligence Agency—isn’t taking full advantage of its Monday night lead-in from The Voice. Last week, the show fell to a 1.1 demo rating and 5.2 million total viewers, losing more than half of The Voice’s audience.

That leaves The CW’s Valor, debuting tonight, about a top unit of U.S. Army helicopter pilots dealing with the fallout from a botched mission in Somalia.

Buyers expect the military shows to fare better overall than last season’s time travel experiment—“that was the surreal, where this is more relevant and topical,” said Carrie Drinkwater, svp, group director of investment activation, Mediahub—but predict that not all of them will be able to thrive.

“Culturally, it could be a good time for that genre, and it could play well given the times we’re living in, so I’m optimistic about it,” said Maureen Bosetti, chief investment officer, Initiative. Still, “once things start to get saturated, it’s concerning.”

Of the three military-themed series, “I think you could have two that survive,” said Drinkwater. “Beyond that, it would be hard.”

The show that seems to have the toughest road ahead is Valor, which buyers suggest might have trouble connecting with The CW’s viewers. “I don’t know whether that’s really the audience that is going watch that. That one I think will struggle more than the others,” said Betty Pat McCoy, svp, managing director and director of investment, GSD&M. However, all three shows “are each a little unique in the way they portray the armed forces.”

"Yes, it’s a military show, but it can’t just be about guys running around shooting guns."
Kelly Kahl, CBS Entertainment president
That last point was echoed by execs at each of the three networks, who think their new series will stand out from their military-themed rivals. “Through recent military actions and missions, the exploits of the SEAL team have been more in the news, and there’s a natural hunger there about, who are these guys? What do they do?” said CBS Entertainment president Kelly Kahl. “I think this show can peel away a few of the layers. Most of the time, we have no idea what they’re doing, but they’re out there protecting us every day around the world, and we want to show people that,”

But Kahl stressed that action alone isn’t enough to sustain a series. “Yes, it’s a military show, but it can’t just be about guys running around shooting guns,” he said. “It also has to be about these heroes, and we absolutely feel a responsibility to portray them not just in a heroic way, but a human way as well.”

NBC Entertainment chairman Robert Greenblatt said he had no idea that his competitors had military shows in the works when he was developing The Brave. “I don’t really think that much about what everybody else is doing. It’s really about what we need and what we like,” said Greenblatt. “We loved this pitch.”

Unlike SEAL Team and Valor, “I don’t think of The Brave as a military show, because it’s not like it’s the Marines or SEALs. It’s not an organized body, and we don’t even use the word military that much,” said Greenblatt. “It is a show that spoke to us and felt hopeful, patriotic and moving.”

The CW president Mark Pedowitz said he has been trying to launch a military drama since he landed at the network six years ago, and Valor is his third attempt to do so. The key was “channeling the uniqueness of these women who were helicopter pilots,” said Pedowitz, who admits, “I thought we were way ahead of the curve; I didn’t expect there would be other military shows going out there. That said, I believe we have a different take on it.”

There could have been even more military shows vying for viewer attention this fall had Fox not passed on its pilot for Behind Enemy Lines, which was based on the 2001 film starring Owen Wilson and Gene Hackman. “I like military shows; there’s a level of stakes and urgency that’s pretty easy to dream up,” said Fox Television Group chairman and CEO Gary Newman. “It just so happens that we had other pilots we thought we could launch more successfully and sustain. But you won’t see us shying away from that in the future.”