Will air on Friday nights for five years 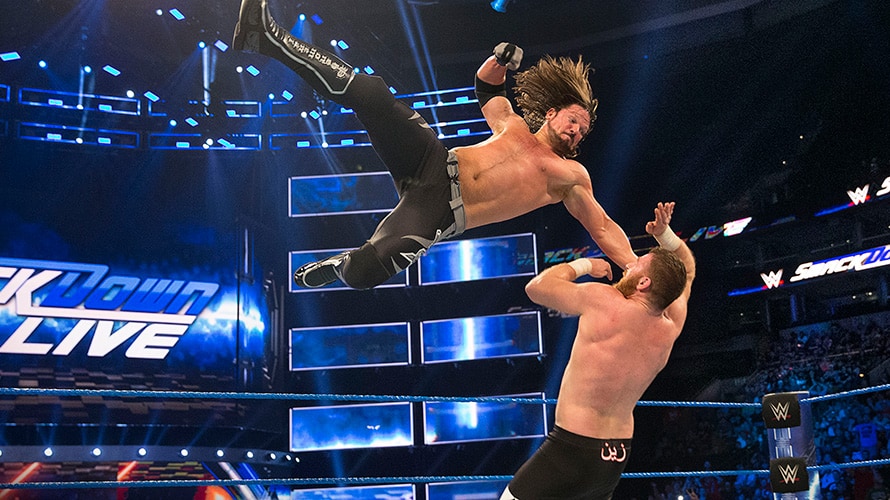 21st Century Fox still doesn’t know whether Disney or Comcast will be its new parent company, but Fox Broadcasting’s sports-heavy future has been solidified with a new five-year deal to bring WWE’s SmackDown Live to the network.

Fox Sports announced that it has landed rights to SmackDown Live, which will air on Fox every Friday night for the next five years, starting on Oct. 4, 2019.

USA Network, which previously aired both SmackDown Live and Monday Night Raw, opted to only keep Raw going forward, and signed its own five-year extension for that wrestling franchise.

The new deal means that starting in fall 2019, three nights of Fox’s broadcast primetime schedule will be devoted to sports programming: Thursday Night Football, which Fox will air for the next five years, SmackDown Live on Fridays and college football on Saturdays.

“We are huge fans and know that together Fox Sports will be the leader in live events for the foreseeable future,” said Fox Sports president, COO and executive producer Eric Shanks in a statement.

“WWE and Fox are a perfect match,” said WWE Chairman and CEO Vince McMahon in a statement. “Moving SmackDown Live to broadcast TV and having the ability to leverage Fox’s extensive portfolio of world-class sporting events will expand the reach of our flagship programming.”

USA had a contractual right of first refusal and opted to focus on its marquee WWE franchise, Raw, which will stay on USA for the next five years. SmackDown has aired on USA since 2016, after moving over from Syfy, which had been its home since 2010.

“Monday Night Raw and USA Network have dominated Monday nights during a truly historic run,” said Chris McCumber, president of entertainment networks for NBCUniversal Cable Entertainment, in a statement. “Our partnership with WWE is one of the strongest and most successful in the business, and together we’ll take Raw to even greater heights.”

Fox Sports’ acquisition of SmackDown Live is the latest indication that Fox Broadcasting will be increasingly focused on sports programming when it is spun off (along with Fox Sports, Fox News and Fox Business Network) into a company tentatively called New Fox prior to 21st Century Fox’s merger with either Disney or Comcast.

In January, Fox Sports outbid CBS and NBC to land Thursday Night Football for the next five years, beginning this fall.

Since Disney first announced its plans to buy Fox last December, there has been industry-wide speculation that Fox would abandon entertainment programming in favor of more sports and reality shows. In January, Fox Television Group chairman and CEO Dana Walden insisted that entertainment programming will still be a part of Fox Broadcasting, but between the Thursday Night Football and SmackDown deals, it’s clear that entertainment will not be as high of a priority as sports going forward.

Comcast and Disney are fighting over 21st Century Fox. Disney is currently in the lead, after increasing its Fox bid to $71.3 billion on Wednesday.