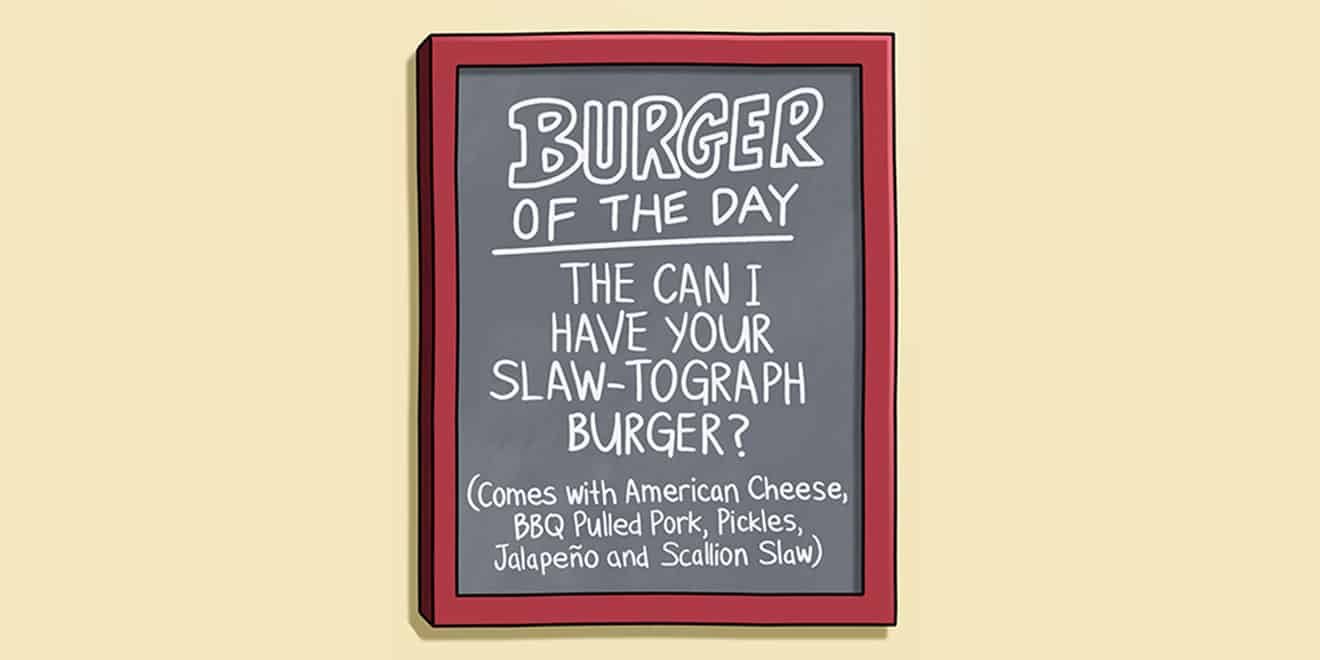 Fox will give away 500 of these burgers (created with help from the Bob's Burgers creative team), along with fries and a drink, during Friday's activation.
Fox
Share
By Jason Lynch
|
July 16, 2018
Share

Dozens of movies and TV shows will be looking to make a splash with fans during this year’s San Diego Comic-Con, which kicks off on Thursday. But only one of them is teaming up with Shake Shack in order to make a play for their appetite as well as their attention.

Fox is celebrating the upcoming 150th episode of its animated comedy Bob’s Burgers, as well as the show’s move this fall to 8:30 p.m. Sundays, by partnering with Shake Shack for a day-long activation on Friday with the cast and producers at one of the hamburger chain’s San Diego restaurants.

That day, the network will use a Bob’s Burgers-wrapped bus to transport Comic-Con attendees from the San Diego Convention Center to the Mission Valley Shake Shack, which will feature Bob’s Burgers/Shake Shack branding and artwork on the restaurant’s patio. Fans will also be able to take shareable photos of themselves sitting at the Bob’s Burgers counter. 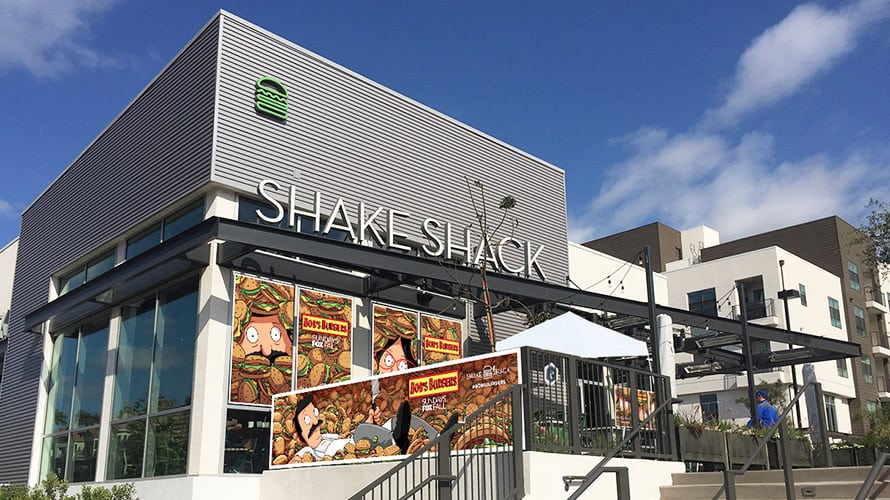 In a nod to the show’s “burger of the day” running gag, the show’s creative team worked with Fox to create an exclusive “Can I Have Your Slaw-tograph” burger of the day that will be given away on Friday: a cheeseburger topped with American cheese, BBQ pulled pork, pickles, jalapeno and scallion slaw. Fox will provide 500 free meals—the burger of the day, fries and a drink—to hungry Comic-Con attendees.

The meals are only available to those who take Fox’s bus from Comic-Con; people who drive themselves to the restaurant will be turned away.

“For the superfan, it’s about as close to being in an episode as you can get,” said Shannon Ryan, CMO, Fox Television Group. 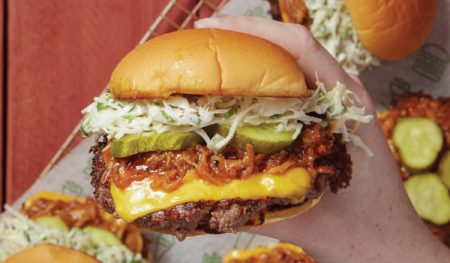 Here's what the “Can I Have Your Slaw-tograph” burger of the day will look like.
Fox

As Fox looked for an ideal Comic-Con activation to celebrate the show’s time slot move and 150th episode, “given the show’s name and the running ‘burger of the day’ gag, it was kind of a no-brainer to seek out a partner in the burger space, and Shake Shack was the perfect fit,” said Ryan. “We’re two brands that are bold and like to mix things up a bit. And with Shake Shack opening a new location in proximity to the Comic-Con craziness, we all realized that this was a win-win for both companies.”

This is the first off-site Comic-Con activation for the network. “There’s more than enough going on around the convention center, so we thought fans would enjoy a field trip in a nice, air-conditioned bus to this Bob’s Burgers Shake Shack experience,” said Ryan.

The Shake Shack activation is part of a larger Fox campaign to try and grow Bob’s Burgers’ audience for Season 9 this fall, as the show moves to its new time slot, between The Simpsons and Family Guy. Its season premiere on Sunday, Sept. 30 will be the show’s 150th episode.

“We’re huge fans of Bob’s Burgers,” said Laura Enoch, director of brand, Shake Shack. “When you collaborate with a partner as inspiring as the Bob’s Burger’s creative team, it brings a new level of excitement to the development process.”

There are currently no plans to expand Fox’s partnership with Shake Shack, but Ryan said Fox would be open to teaming up with the brand again.