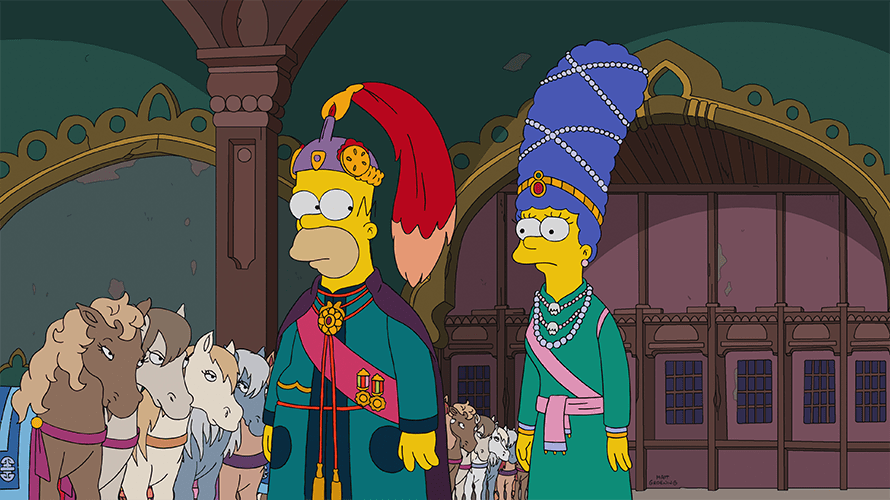 Sunday's The Simpsons will be the first Fox show to feature the new JAZ pods ad format. Fox

Fox Networks Group will finally unveil its new JAZ (“Just the A and Z”) pods and Fox Blocks ad offerings on Sunday night—albeit on a smaller scale than had initially been planned.

Sunday will start with The Simpsons at 8 p.m., followed by Bob’s Burgers at 8:28, with the first Fox Block—which will be entertainment-themed—airing after that. A second sports-themed Fox Block will air after Family Guy at 9 and Rel at 9:27.

Fox said the new formats will reduce traditional commercial time by 50 percent on the nights they are deployed.

“We believe in the unmatched power and impact of broadcast television, but we also recognize the need to evolve to meet the expectations of today’s viewers,” said Suzanne Sullivan, evp of ad sales for Fox Networks Group, in a statement. “The warm reception from the ad industry to Fox Blocks and JAZ Pods, and the incredible group of brands participating this fall, reaffirms our focus on developing and implementing advertising strategies that deliver better results for viewers and advertisers alike.”

After ad sales chief Joe Marchese introduced the new JAZ pod offering at May’s upfronts, several buyers told Adweek they were disappointed that Fox had significantly pared down its JAZ pods offering just ahead of the upfront—the company had initially talked about featuring them on every Sunday night in prime-time, not just three nights—which one buyer said “took a lot of steam” out of Marchese’s pitch.

However, Fox still sold out its entire inventory of JAZ pods for this season in the upfront. JAZ pods will also appear in Fox’s drama The Orville, which will premiere at midseason, as well as in The Weekly (the upcoming FX series based on The New York Times’ podcast, The Daily) and National Geographic’s Wicked Tuna.

Last week, Fox announced that Marianne Gambelli, not Marchese, will head up ad sales for the part of 21st Century Fox–tentatively known as “New Fox”—that will be spun off ahead of its $71.3 billion merger with Disney.

Gambelli is currently president of ad sales for Fox News and Fox Business Network. Marchese is expected to depart the company after the Disney deal closes but will continue in his role until then.

On Sept. 24, NBCU rolled out its own new 60-second ad format called “prime pods.” The offering—a 60-second pod of audience-targeted advertising in the first or last breaks of all prime-time original series across its entire broadcast and cable portfolio—is part of its larger initiative to reduce ads by 10 percent this fall on those same 50-plus NBCU original shows.

NBCU sold the format at a 75 percent premium above the average cost of an ad in each show, according to a source close to negotiations.