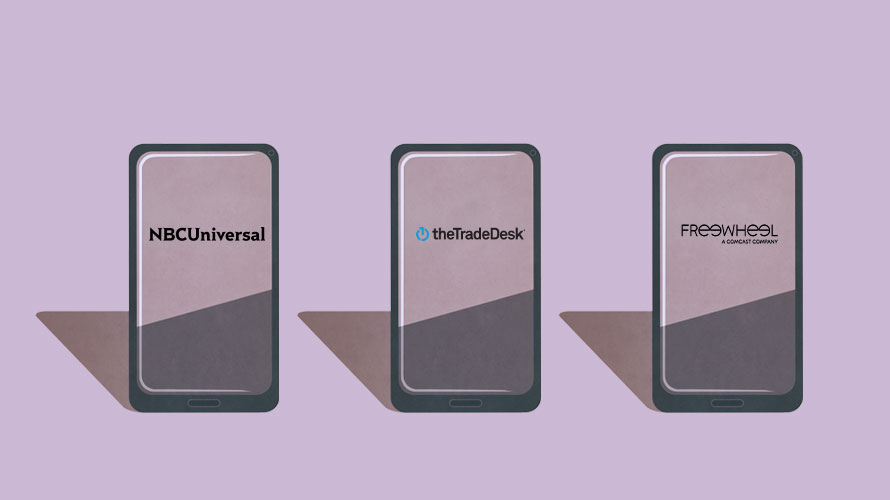 NBCUniversal, The Trade Desk and FreeWheel are partnering to bring a digital-like ad-buying approach to over-the-top (OTT) television.

FreeWheel introduced its unified decision capability, which allows direct-sold and programmatic inventory to compete against each other in the same marketplace, last April with A+E Networks as a test partner. Now, Freewheel’s product is widely available, with a major publisher and a major DSP activating OTT campaigns using that technology.

“The idea is if a publisher like NBC has available supply that they want to transact in the most intelligent way, how are they engaging all of their demand partners to make sure they’re plugging that demand into the marketplace where it can access the supply pool as frictionlessly as possible?” said Geoff Wolinetz, head of sell-side revenue at FreeWheel.

Krishan Bhatia, evp of business operations and strategy at NBCU’s ad sales group, said in an interview with Adweek that the company will be incorporating FreeWheel’s unified decision into its One Platform offering, which enables it to sell ads across all screens.

He added that bringing this programmatic capability to OTT allows the network to move beyond the historical waterfall approach of selling inventory, which also makes frequency capping easier.

“A setup that doesn’t unify demand can result in overexposure of the same campaign creative because the ad server isn’t aware the same creative is being served from different demand channels,” Bhatia explained.

NBCU still needs to adapt this digital-like way of selling inventory to television, a medium with traditionally large upfront buys—though that may look very different this year. Those advertising buys would exist outside of a unified auction place, given stringent rules around competitive separation and higher expectations around user experience compared to digital.

FreeWheel has so far opened up its unified decisioning program to 33 DSPs, with The Trade Desk being the largest partner. Bhatia said demand-side partners need to demonstrate how they bring “incremental demand above and beyond what our sales team can generate” in order to be involved.

As for The Trade Desk, chief strategy officer Brian Stempeck said the company looks to integrate as closely as possible to a publisher’s tech stack or SSP, especially in television.

“What we really try to avoid is any kind of other middleman,” Stempeck said. “That’s where additional fees get added, that’s where fraud can enter the picture. We want as close and clean a pipe into NBC… as we can get.”

Supply path optimization and the added financial pressure of the coronavirus pandemic are already putting a squeeze on intermediaries across the rest of the digital ecosystem. The premium nature of TV, where supply is already relatively scarce, may mean there isn’t room for such a crowded programmatic landscape.

“TV isn’t like the internet where there’s like a million publishers to connect to, and there’s a long tail. There’s [maybe] 100 companies you want to work with in television. Having more direct relationships, using SSPs—we think in this period when it’s pretty tough for those companies, that it makes it even more important that the strongest and best companies rise to the top,” Stempeck said.

NBCU is running unified auctions across all forms of OTT inventory except for Peacock, its new streaming service. Bhatia said NBCU would consider making Peacock inventory available programmatically once it has nailed down the user experience and can execute campaigns in the same “high quality-assurance fashion as we would in core business.”