From Streaming to Late-Night, 6 Things We Learned About TV’s Future at TCA Winter Press Tour

Including the surprising changes to this year’s Emmy race 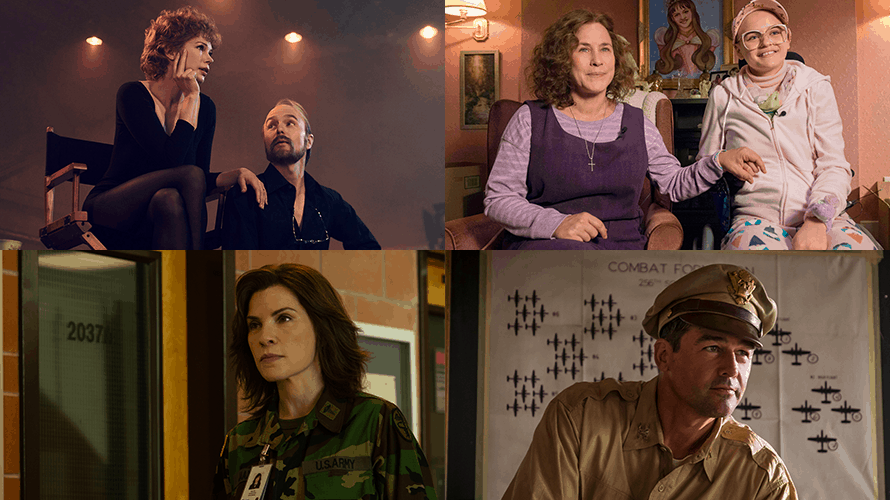 After 16 long days and well over 100 panels, the Television Critics Association’s winter press tour has finally wrapped. During the past two-and-a-half weeks, more than 50 broadcast, cable and streaming outlets shared their TV plans for midseason and beyond. (You can find Adweek’s full TCA coverage here.)

In the thick of Peak TV—and with even more scripted shows on the way this year—the semi-annual TCA press tour is more illuminating than ever as to the state of the TV industry. The networks tackled many of the industry’s biggest questions going into press tour—particularly when it came to streaming and the agendas of (most of) the new broadcast chiefs—and here were the six biggest TCA takeaways about the future of television:

It’s all about streaming strategy

As expected, conversations about streaming strategy dominated winter press tour, even with Netflix largely sitting out this time around. Kevin Reilly—who is chief content officer for AT&T’s upcoming OTT service—shed some new light on the offering, which will debut in beta form by the end of the year, but won’t roll out original programming until 2020.

Hulu and Amazon each presented a strong slate of upcoming shows, while CBS All Access continued its expansion (50 percent subscriber growth, year-over-year) by setting a April 1 premiere date The Twilight Zone and ordering a new limited series based on Stephen King’s novel, The Stand. Epix joined most of its premium cable competitors in launching a direct-to-consumer offering, for $5.99 a month, which tripled its reach in less than a year.

And several smaller OTT services—including Britbox, True Royalty TV and CuriosityStream—made a case for the importance of niche OTT offerings alongside the streaming behemoths.

While most of these streaming outlets claimed to not be competing with or thinking about Netflix, FX Networks CEO John Landgraf took the streaming service to task for sharing “not remotely accurate” ratings data, adding “the truth will come out, as it always does.”

Broadcast still has the biggest hits

In their sessions, the broadcast networks highlighted what they do best—attract audiences in massive numbers that dwarf cable and streaming—and focused on many of their biggest hits. Fox and ABC each touted renewals of two of their biggest, signature shows: The Simpsons, already the longest-running prime-time scripted show in TV history, has extended its run for two more years, through Season 32 in 2021. And ABC is squeezing one more year out of Modern Family—which most assumed would be wrapping up this spring—by reaching a deal to bring it back for an eleventh and final season, ending in 2020.

CBS and Warner Bros. Television, which will bid farewell to The Big Bang Theory in May after 12 seasons, celebrated the show with an event for its cast, crew and reporters, as Warner Bros. Studio dedicated Stage 25, where the comedy is filmed, as “The Big Bang Theory Stage.” And Fox put a big spotlight on its midseason hit The Masked Singer, which is now the season’s top entertainment show among adults 18-49 (in live-plus-3). Broadcast’s clear message: we can still do things that cable and streaming can’t.

Miniseries will come up big at this year’s Emmys

It looks like miniseries/limited series category will be the toughest Emmy race this year, judging by the quality of contenders unveiled at press tour. Look for FX’s Fosse/Verdon (about the creative partnership between director-choreographer Bob Fosse and his wife Gwen Verdon), Hulu’s Catch-22 (from George Clooney, based on Joseph Heller’s World War II novel) and The Act (which tells the real-life story of Dee Dee Blanchard, played by Patricia Arquette, who had Munchausen syndrome by proxy, which caused her to fabricate her daughter Gyspy Rose’s illness; her daughter later killed her), HBO’s Chernobyl (a retelling of Ukraine’s 1986 nuclear disaster) and National Geographic’s The Hot Zone (starring Julianna Marguiles and based on Richard Preston’s book about the origins of Ebola) to battle for nominations.

Those will join Sharp Objects and Escape at Dannemora (the latter program also stars Arquette, who could end up nominated for both performances) as the top contenders in that category.

Meanwhile, the drama series Emmy category is suddenly looking wide open. Two presumed top contenders—HBO’s Big Little Lies and Hulu’s The Handmaid’s Tale—each said at press tour they won’t premiere until June, which puts them out of this year’s Emmy eligibility window (the deadline is May 31). With last year’s nominees The Americans, Stranger Things, Westworld and The Crown also sidelined, the path seems to be clear for a Game of Thrones victory in that show’s final season (though Hulu said that Handmaid’s delay was due to creative reasons, not strategic ones).

The promising miniseries group aside, there wasn’t a single new series that seemed to create buzz at press tour the way that eventual hits like The Handmaid’s Tale, Killing Eve and This Is Us did during their respective press tour debuts. Instead, the most TCA excitement was directed at returning shows, including Big Little Lies (back in June for Season 2), Veep (which returns for its seventh and final season on March 31),  Killing Eve (Season 2, debuting April 7, will air on both BBC America and AMC) and Fleabag (its second season hits Amazon on May 17). That’s not to say that one freshman entry won’t break from the pack later this year, but it hasn’t happened yet.

Hail to the new chiefs

Three new broadcast networks entered press tour with new entertainment chiefs, and two of them—ABC’s Karey Burke and Fox’s Charlie Collier—held strong executive sessions in which they successfully shared their visions and answered questions about their networks’ futures. Their willingness to put themselves in front of reporters made the press tour absence of NBC’s new co-chairmen, Paul Telegdy and George Cheeks, all the more glaring.

Late-night is heating up again

Late-night unexpectedly became a hot press tour topic. Showtime will make noise in the space for the first time with the weekly Desus and Mero, premiering Feb. 21. Then Comedy Central revealed that it has signed David Spade to star in a new 11:30 p.m. show, which the network hopes will be the suitable companion to The Daily Show With Trevor Noah that The Nightly Show With Larry Wilmore and The Opposition With Jordan Klepper never were. (Spade already hosted a Comedy Central series skewering pop culture, The Showbiz Show With David Spade, from 2005-2007.)

Jimmy Kimmel made a surprise appearance on ABC’s day to introduce “President Burke,” joking in exaggerated Trump fashion, “She has already done more for ABC than every other ABC president combined.”

And on Tuesday, as press tour was winding down, NBC said that Carson Daly will be stepping away from his 1:30 a.m. show, Last Call With Carson Daly, after 17 years, potentially opening the door for a new late-night experiment.