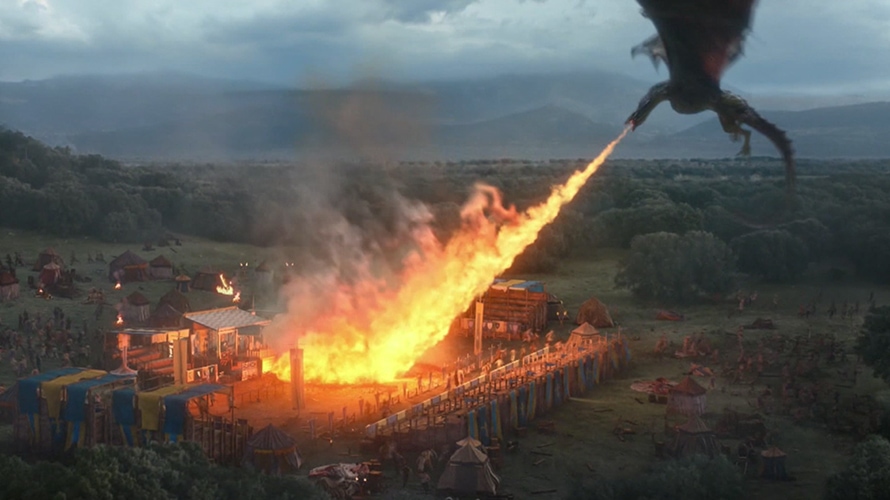 HBO and Bud Light partnered for a quick reminder that the final season of Game of Thrones is almost here.

HBO has said that the series would return in April. Until this point, HBO has kept the plot under wraps, but fans got to see a very brief sneak peek at what’s coming this season in Game of Thrones with a teaser that aired during the Golden Globes.

“We love that we were able to finally bring together two of pop culture’s most iconic medieval realms to deliver an unexpected surprise at Super Bowl LIII. Our ‘Dilly Dilly’ universe takes inspiration from Game of Thrones, so it made perfect sense to join forces for this unforgettable Super Bowl moment,” said Andy Goeler, vice president of Bud Light marketing, in a statement.

In the ad, the kingdom highlighted in the Dilly Dilly world comes together to watch a so-called Bud Knight in competition. But he isn’t facing just any competitor: He ends up battling Mountain from Game of Thrones. The Mountain crushes the jouster’s head as the entire world is consumed by flames from a dragon.

“Directing this epic jousting match in Spain was the perfect capper to my Game of Thrones experience. Bud Light, the Mountain and a dragon—a holy trinity of epicness! ‘Dilly, dilly,’ indeed!” said David Nutter, director, Game of Thrones, in a statement.

As The Wall Street Journal reported, the ad came together after several plans were scrapped to not make it too graphic or give away too much from the HBO story’s plot.

After two decades of not appearing in the Super Bowl, HBO returned last year with a spot promoting the second season of Westworld. Bud Light secured four spots in the Super Bowl, and parent company, Anheuser-Busch had more than five minutes of airtime in its biggest Super Bowl spend.

That spot was directed by Westworld co-creator Jonathan Nolan and combined scenes from Season 2 with footage shot exclusively for the Super Bowl ad.

The streaming service before that previously put brand-focused ads in the Super Bowl, including in 1997 and 1999, the same year The Sopranos made its debut. HBO had some fun celebrating the 20th anniversary of the show by giving nicknames to some celebrities and brands online, including its competitor Hulu, which it dubbed Hulu Hoop.