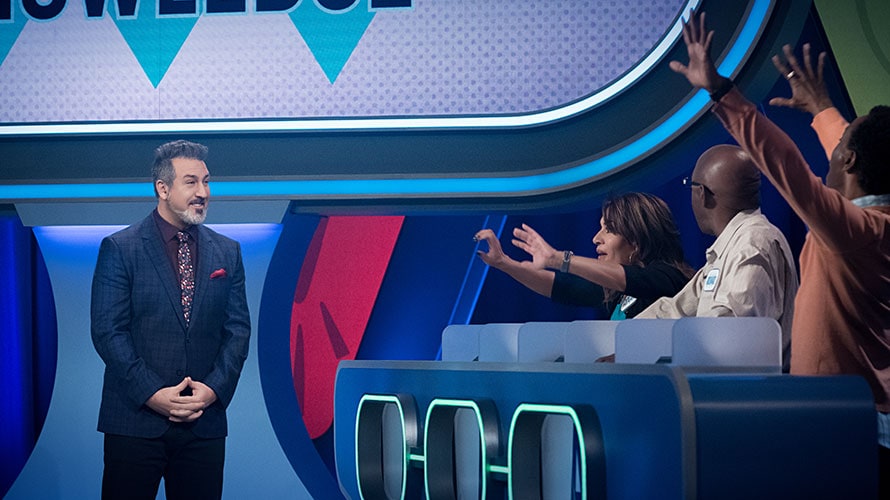 Some networks continually reinvent themselves in an attempt to keep audiences interested. But over the past year, Game Show Network discovered that the best way to retain and build viewers is to stop trying to reinvent the wheel when it came to programming—and the network’s own name.

So as the network—which has ditched its GSN moniker and is known once again by its previous name—heads into this year’s upfront agency meetings, it’s doing so by emphasizing the ratings growth that has resulted from its return to “fun, simple games,” said John Zaccario, evp, ad sales.

It’s a continuation of the strategy that the network first unveiled during last year’s upfront talks. When Fran Shea, evp, programming and marketing, joined Game Show Network in late 2017, she helped it pivot back to traditional game show formats and scheduling. Its series are now “stripped” across all five weeknights, just as syndicated game shows are, and reflect the method that its audience prefers to watch them.

That includes a trio of new game shows introduced in the last year—Caroline and Friends, America Says and Common Knowledge—all of which the network has renewed.

The shows had been introduced in the fringe daypart and improved their respective time periods between 10-15 percent in total audience and adults 25-54 demos, before being moved to prime time.

They helped spark a ratings resurgence at the network: In total day and adults 25-54, the network’s ratings are up between high-single and double digits year over year, said Zaccario. And the network welcomed 14 million new viewers last year.

Game Show Network’s number of original hours has tripled since Shea’s arrival, from 93 in 2019 to almost 350 hours slated for next year.

As part of its strategy shift, the network also gave its own name a retro spin last July, reverting back to Game Show Network from GSN to further emphasize what it does best.

“We heard from the core audience that they want more traditional game shows and less of the kinds of things that we were feeding them two and three years ago. It made sense to use that as the brand,” said Zaccario. “It speaks to exactly who we are.”

The trio of new shows quickly connected with viewers. Quiz show Common Knowledge, which debuted in January and is hosted by *Nsync’s Joey Fatone, became Game Show Network’s most-watched show in total viewers. America Says, which is hosted by actor John Michael Higgins and features two teams of friends and family competing to answer fill-in-the-blank survey responses, is its No. 1 show in women 25-54.

Joining those returning shows are a pair of new series, both of which will also be stripped. Best Ever Trivia Show pits three contestants against three trivia experts, while Catch 21—which combines the classic card game 21 with pop culture trivia—is a reboot of a show that aired on the network a decade ago.

In this upfront, Zaccario will seek more brand partnerships for Game Show Network Daily Draw, a short-form sweepstakes in which a $500 winner is announced each night. The show yielded more than 2 million entries last year.

“It was a way to make our viewers feel as if they were contestants, and because they shoot that frequently, we’re able to integrate brands into that environment,” Zaccario said. “Now that we’ve had some success there, we’ll be more aggressive [this year].”