Hallmark Channel’s Upfront Was Snowed Out, But Winter Is Still Its Favorite Time of Year 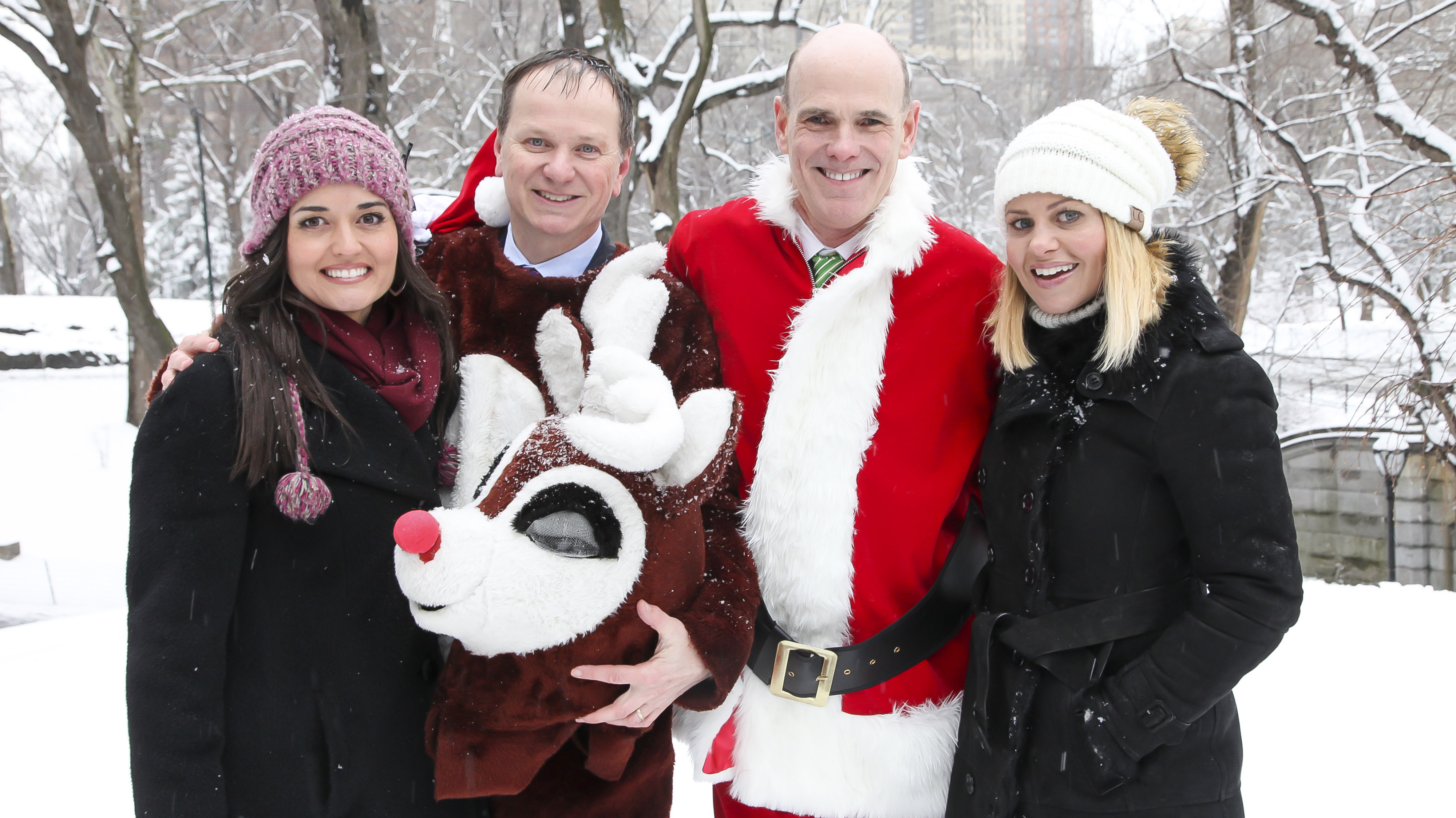 The Christmas holiday was once again a bonanza for the company’s Hallmark Channel.

On the strength of Countdown to Christmas, the network’s annual two-month collection of round-the-clock Christmas-themed programming, Hallmark Channel was the No. 1 cable network among women 25-54 in the fourth quarter, for the second year in a row. It was No. 2 in the women 18-49 demo.

“Traditional age/sex demographic ratings are really strong across the network, and we all know that is not the case in most other places,” said Ed Georger, executive vice president of ad sales & digital media, Crown Media Family Networks.

But there’s also a downside to the winter season: the latest snowstorm blanketing the northeast forced Crown Media Networks to cancel its upfront event, which had been scheduled for Wednesday night at New York’s Rainbow Room.

That meant that Georger missed out on the opportunity to hold “a celebration of what we think is the biggest success story in entertainment. I know that’s a big statement.”

But the ad sales chief thinks the performance of his company’s networks—which include Hallmark Channel and Hallmark Movies & Mysteries—is able to back up that bold statement, and proves that in a time of media consolidation, there’s still room for smaller companies like his to draw audiences and advertisers.

In lieu of the Rainbow Room event, Crown Media Family Networks CEO Bill Abbott, Georger, and Hallmark movie mainstays Candace Cameron Bure and Danica McKellar opted for Plan B: they appeared in a Facebook Live stream from New York’s Central Park, where they made a few announcements about Hallmark’s upcoming slate.

Hallmark renewed When Calls the Heart for a sixth season and picked up family reality series Meet the Peetes for a second season. Abbott also ordered a trio of new mystery movies for Hallmark Movies & Mysteries, renewed American Rescue Dog Show and announced that Hallmark Channel would air the Cat Bowl on Feb. 2, the day before Super Bowl LIII, as a precursor to its annual Kitten Bowl.

Crown Media Family Networks will go to market with a similar strategy it has employed in recent years. “Taking what we do so well during the fourth quarter holiday time period, and carrying that forward to seasonal opportunities throughout the year,” said Georger.

While movies are Hallmark’s bread and butter, the network has a stable of original series, including When Calls the Heart and Good Witch. And its two-hour morning talk show, Home and Family, has original episodes year-round. “That opens the door for integrations, and for advertisers to get involved in it,” said Georger.

Hallmark has also moved into the pet space, with its Adoption Ever After campaign. Last month it broadcast the 2018 American Rescue Dog Show (“an award show for the everyday dog,” said Georger), which will return in 2019.

“The formula that we have is working. We want to build on it and we don’t want to rest on our laurels, but we have something very unique in the marketplace,” said Georger.

Crown Media Family Networks won’t be going into the upfront with Hallmark Drama, its third linear channel, which launched in October, as it is only currently available in around 10 million homes. “Right now, we’re airing it with very few commercials to build up the audience,” said Georger, who anticipates going to market with it in the 2019-20 upfront.