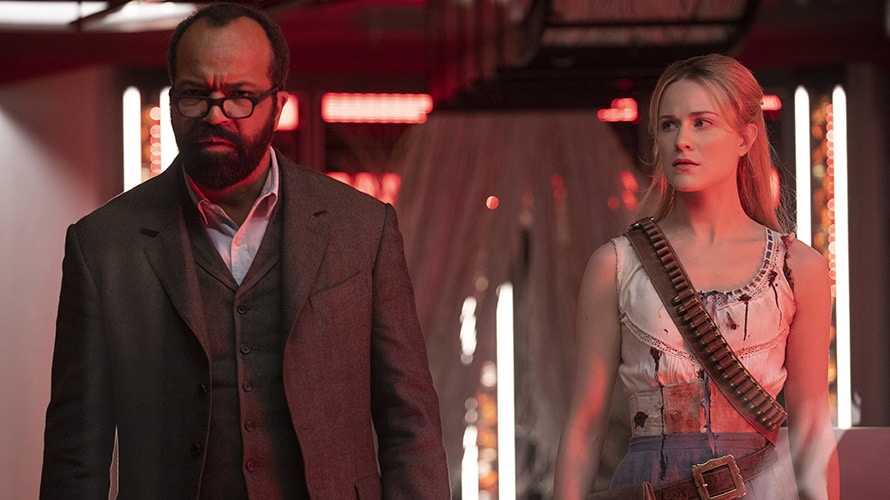 Westworld has been a big hit for HBO, but AT&T wants a more robust slate from the network.
HBO
Share
By Jason Lynch
|
July 9, 2018
Share

Now, HBO’s new parent company, AT&T, has a vision for the premium cable network that would seem to realize the second part of Sarandos’ statement: making HBO bigger and broader with more shows, just like Netflix.

John Stankey, CEO of AT&T’s media businesses, which now include HBO, Warner Bros. and Turner (those Time Warner assets are now known as WarnerMedia), elaborated on the plans during a recent town hall meeting at HBO’s New York headquarters, according to The New York Times, which obtained a recording of the event.

“As I step back and think about what’s unique about the brand and where it needs to go, there’s got to be a little more depth to it, there’s got to be more frequent engagement,” said Stankey, adding that HBO must “build that brand so that it’s broad enough to make that happen.”

While Stankey didn’t mention the word “Netflix” during his comments, he made it clear that HBO needs to become bigger and broader, and produce more content, in order to increase its subscriber base—which currently stands at around 40 million U.S. subscribers and 142 million worldwide—and the number of hours that viewers spend watching its shows.

"Why are more hours of engagement important? Because you get more data and information about a customer that then allows you to do things like monetize through alternate models of advertising as well as subscriptions."
John Stankey, CEO of AT&T’s media businesses

Prior to finalizing its $85 billion deal to purchase Time Warner last month, AT&T had indicated that it wouldn’t interfere too much with HBO or the other new networks. Shortly after the deal closed, AT&T chairman and CEO Randall Stephenson sent a memo to his new Time Warner employees Thursday night, promising them “you have my word that you will continue to have the creative freedom and resources to keep doing what you do best.”

But the new course of action would seem to run counter to HBO’s keys to success in this changing landscape, which HBO CEO Richard Plepler shared last fall. Those included, notably, not worrying about Netflix. Its rivals’ quality programming, he said, “doesn’t mean a thing as long as we keep delivering on an implicit promise that we’re making to our consumer: You come inside our house, you’re going to see excellence. If we keep doing that, we’re going to grow and win.”

Ultimately, he said, HBO is focused on “building addicts” and “curating excellence … in an age of clutter,” Plepler said.

HBO had no immediate comment about The New York Times story or whether it will be changing its strategy going forward.

If HBO does indeed ramp up its development and programming slate per AT&T’s wishes, it will have to alter its pitch to creatives that the network is more hands-on and nurturing than Netflix, which churns out too much content to make each of its release feel special. “If you have 50 kids, you’re not going to every soccer game,” HBO president of programming Casey Bloys explained to The Wall Street Journal in January. “We go to every soccer game, and we’re the snack parents at every soccer game. That’s how we treat our talent.”