Including a new digital advice series with creator Hannah Hart 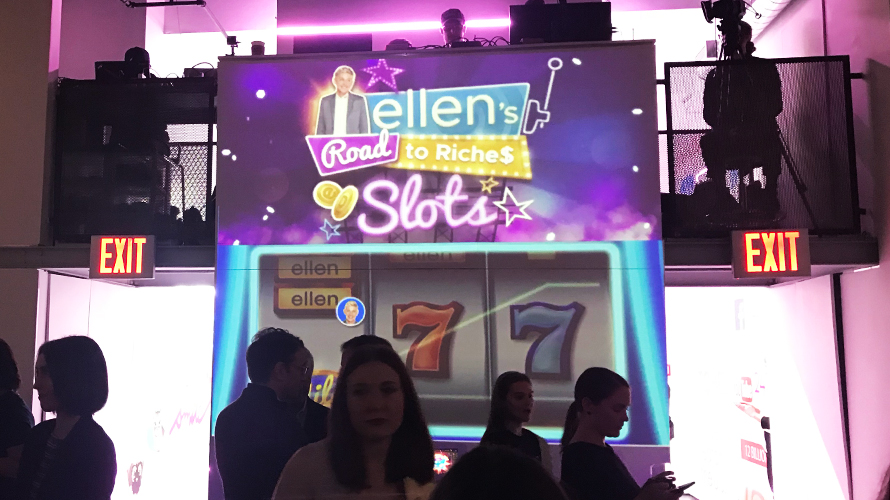 An otherwise non-descript building near Times Square was transformed Monday afternoon into a celebration of Ellen DeGeneres’ digital brand.

The Ellen Digital Network, part of the business venture from DeGeneres and Warner Bros.’ Digital Networks, held the event, dubbed the “EllenFronts” to correspond with the same week of the 2018 Digital Content NewFronts.

The network announced new programming, including an untitled digital series with creator Hannah Hart, where she’ll dispense advice to individuals ahead of life’s big events.

DeGeneres was not at the event (though cookies with her face on them were passed around), but content creators Hart and Kalen Allen as well as 11-year-old activist Naomi Wadler were in attendance.

Allen’s series of “Kalen Reacts” videos will continue under the brand. The network green-lit a second season of Momsplaining with Kristen Bell, a digital series where Bell gives advice to other mothers.

“What is really exciting [about] the Ellen brand is that it’s always about fun, authenticity and kindness. We’re thrilled to continue to be in that space in the digital world,” he said.

The event had devices on tables to play DeGeneres’ app, Heads Up!, and devices to play another of DeGeneres’ game apps, “Ellen’s Road to Riches Slots.”

A photo booth was set up where attendees could enter, pull a cord and have confetti rain down, all while it was being recorded. You could email the video to yourself after you left the booth.