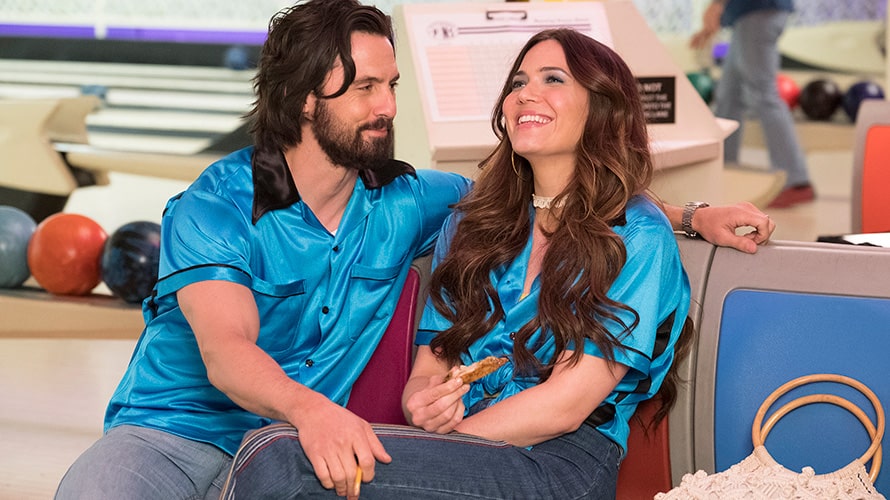 Catch up on This Is Us before the new season starts. NBC

Everyone knows the best part about fall is not actually pumpkin spice lattes or children disappearing from public spaces, but the return of your favorite broadcast television shows.

If you’re not fully caught up on your favorites, here’s where you can binge each of these popular shows before the next season starts.

NBC
Third season premieres Tuesday, Sept. 25 at 9 p.m. EST
This Is Us is a funny, heartwarming and oftentimes poignant show about a family. Through flashbacks we get to see how Kate, Randall and Kevin grew up, while we watch their lives unfold (often disastrously) in the present. We’re looking forward to the producers finding new and inventive—and completely shameless—ways to make us weep this season.

ABC
Fifteenth season premieres Thursday, Sept. 27 at 8 p.m. EST
Yes, you read that correctly. Fifteen seasons. Even though McDreamy and Cristina Yang and most of the original gang are gone, Dr. Meredith Grey remains. And even after so many years, the writers still manage to come up with new medical scenarios and romantic plotlines to keep audiences coming back for more. Tune back in this fall to ABC’s longest-running primetime drama series and find out what else can possibly go wrong in a person’s life.

How to Get Away With Murder

ABC
Fifth season premieres Thursday, Sept. 27 at 10 p.m. EST
Because watching Grey’s Anatomy is sure to leave you hungry for more drama and death, be sure to stick around after its two-hour premiere to find out how brilliant criminal defense attorney and law professor Annalise Keating, plus five of her students, keep getting away with committing murder. And how to take out my ex-boyfriend. Erm, I mean one’s completely hypothetical and fictional ex-boyfriend.

TBS/CBS
Twelfth season premieres Monday, Sept. 24 at 8 p.m. EST
I’m no rocket scientist, but I had no idea The Big Bang Theory had such wide appeal to people besides my father, who is coincidentally and fittingly named Sheldon. Clearly I was naive. This ode to nerdy guys everywhere ranked as television’s most-watched comedy for several years running, and fans were devastated to learn that this season will be its last.

The CW
Third season premieres Wednesday, Oct. 10 at 8 p.m. EST
Riverdale is understandably a fan favorite, as a darker, more chilling update to the Archie comics franchise. Life in the small town of Riverdale has a certain Lynchian quality—the deeper you go, the more sinister and stomach-churning it gets. And, the return of Riverdale accords us another opportunity to ask perhaps the most critical question of all: Is it possible to watch this show without experiencing the overwhelming need to consume a milkshake?

Crazy Ex-Girlfriend is a wild, wholly original musical series with some of the sharpest writing on TV. The show has evolved over the years, tackling difficult subjects like mental illness and suicide. It balances out these dark topics with songs about how annoying it is to have big boobs. Season 4 will be its last, and fans are eager to find out what will happen to the lovable Rebecca Bunch.

ABC
Second season premieres Monday, Sept. 24 at 10 p.m. EST
The Good Doctor is one of those frustrating shows where the plot’s tension revolves around people continuing to deny that a clear genius is in fact a genius at others’ great peril. Despite leaning heavily on the trope of the misunderstood savant, this sentimental drama is incredibly addicting and occasionally powerful. And everyone loves a good medical crisis.