Here’s Why It Makes Sense for Condé Nast to Sell Brides, W and Golf Digest

The 3 titles are for sale 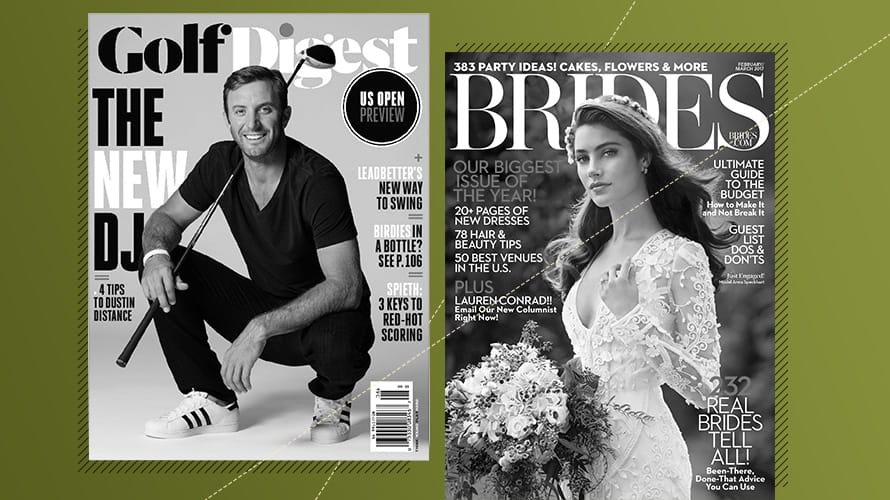 With a roster of recognizable names including The New Yorker, Vogue and Vanity Fair, titles like Brides, Golf Digest and W seem more like outliers these days.

“It’s pretty clear, based on information that’s been released about the company, that they’re losing money on some of their magazine properties, so I would imagine that would include these three,” said Reed Phillips, co-founder and managing partner of M&A and investment banking firm Oaklins DeSilva+Phillips. “I would imagine that they’ve also decided that they don’t really fit strategically with the other things they’re doing.”

That doesn’t mean those publications are on life support—far from it, Phillips said. Another publisher could easily strip the costs to make them more viable. Another publisher might decide to do away with Brides’ and Golf Digest’s print editions and turn them into digital-only properties, as Condé Nast did with Teen Vogue.

Condé Nast declined to comment, but CEO Bob Sauerberg acknowledged in an email to staffers last week the three titles “need an owner who will invest in them to realize their full potential.”

Sauerberg will speak to top-level staffers today to address the company’s strategy.

“If anything, this can free up more capital for them to focus on their core audience,” added Barry Lowenthal, CEO of The Media Kitchen.

Phillips said there are three main benefits new owners could get from taking on the Condé titles, including inheriting a strong brand, built-in relationships with advertisers and readers and the opportunity to make the titles more profitable, after reducing costs.

Here, Adweek breaks down why it made sense for Condé to sell the three titles:

The wedding space “has been very much disrupted by digital, making it harder for print to cut through,” said Janet Levine, managing director, Invention Studio, Mindshare North America.

Brides, in particular, is “tough” because it tends to be seasonal and isn’t “something that you read for your whole life,” Lowenthal said. Moreover, eager brides have a bevy of sites to go to, from The Knot to women-centric sites like jezebel.com.

Despite these challenges, Brides’ circulation last year remained flat at 307,123, according to the average paid and verified six-month circulation reported by the Alliance for Audited Media.

Views on the publication’s website decreased from June 2017 to June 2018 on desktop, but mobile and video views increased substantially, according to the annual Magazine Media 360-degree brand audience report.

As Condé Nast’s only sports title, it was “clear” the company would put it up for sale, Levine said. Years ago, the publisher launched Condé Nast Sports for Women, but it failed to take off.

Golf Digest’s circulation also remained flat at 1.6 million last year—higher than competitor Golf Magazine, which had a circulation of 1.4 million—and the number of visitors to its website, including desktop and mobile, as well as the number of video views increased from June 2017 to June 2018. But, as Lowenthal summed it up: “That’s not their forte; it’s always sort of been an odd one out. They have Vogue and Glamour and Teen Vogue. What are they doing with Golf Digest?”

While W is focused on fashion, it has a “different feel” than the other fashion titles in Condé’s portfolio, Levine said. It’s more about party, culture and celebrities. Known as the “Who, What, Where, When and Why in the world of style,” Condé held on to the high-fashion magazine when it unloaded other former Fairchild Fashion Media properties to Penske Media.

Condé Nast has generally opted for scale—think Glamour and Vogue.

Like the other two titles up for sale, W’s circulation was also flat at 460,709 last year. From June 2017 to June 2018, desktop and video views increased, but website views on mobile decreased by 4.4 percent.