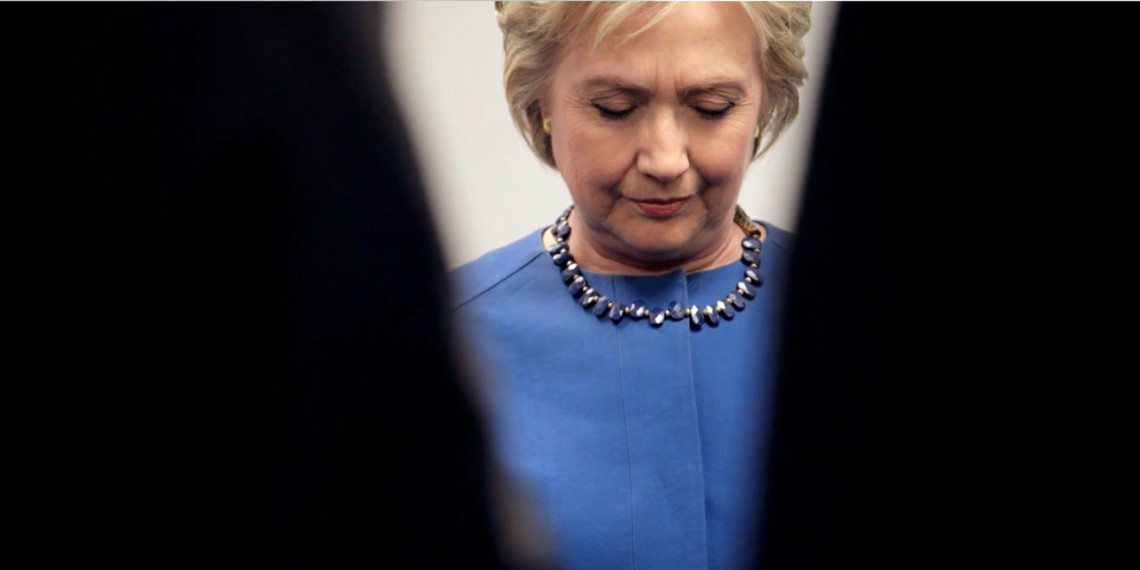 Hulu’s upcoming four-part documentary series Hillary, centered on the life and legacy of former secretary of state Hillary Clinton, started out as a campaign documentary before morphing into a film that at times surprised even Clinton herself.

Onstage at the Television Critics Association’s winter press tour in Pasadena, Calif., Clinton explained that nothing was off limits in the 35 hours of interviews that she conducted with director and executive producer Nanette Burstein for the docuseries.

“There was nothing off-limits, as Nanette will tell you,” Clinton said. “But this did not start out as the film ended up being. We had 17,000 hours of behind-the-scenes footage… but Nanette came back and she said, ‘Look, this is a bigger story. It needs to be told.’ And I thought, I’m not running for anything, I am not in office, so I said, ‘Sure, let’s give it a try.’ And off we went.”

The docuseries, which chronicles the turning points in Clinton’s life and features interviews with her husband and former president Bill Clinton and daughter Chelsea Clinton along with colleagues, friends and political journalists, aims to explore why Clinton is such a polarizing figure, Burstein said. The filmmaker also wanted to use Clinton’s story to explore partisan politics and U.S. political history.

“The reason why I wanted to expand this and tell her life story is that I felt it was so remarkably emblematic of our history over the past four years,” Burstein said. “More than anything, I wanted people to understand this historical figure who is incredibly polarizing, and why.”

Clinton said the filmmakers dug up moments from her past that she had forgotten about, and that the hours of interviews she conducted made her evaluate her missteps.

“I have often been, in my view, mischaracterized, misperceived—and I have to bear a lot of responsibility for that,” Clinton said. “I look at this film and I don’t know where she got some of the footage, I don’t know who she was interviewing. … And I just thought, ‘Wow, I wish I could have figured out a better way to convey that [message].'”

Clinton said she hopes the film, which will premiere on Friday, March 6, will spur conversations about the current state of U.S. politics.

“It is a really fraught time right now, and so I anticipate there will be a lot of questions about that that will spring off the film itself,” Clinton said.

And while she didn’t weigh in on any of the presidential candidates in the field, she did urge Americans to remain engaged in politics even when it may feel more appealing to tune it out.

“We’re in a real struggle with a form of politics that is incredible negative, exclusive and mean-spirited, and it’s going to be up to every voter … to recognize that this is no ordinary time,” Clinton said. “This is an election that will have such profound impact. So take your vote seriously—and vote for the person who you think is most likely to win, because at the end of the day that is what will matter.”