House of Cards Audience Drops for Its Last Season, According to Nielsen 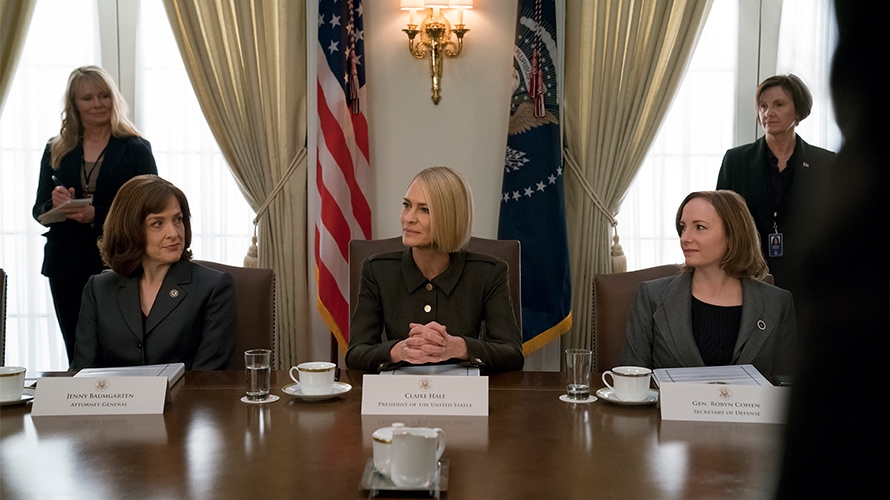 Claire Underwood’s husband, played by Kevin Spacey, was written off the show at the beginning of the season.
Netflix
Share
By Sara Jerde
|
November 19, 2018
Share

The final season of House of Cards garnered fewer viewers than ever, according to new insights released by Nielsen.

Eight episodes of the show, starring Robin Wright as Claire Underwood, were released for streaming on Netflix on Nov. 2.

Underwood’s husband, played by Kevin Spacey, was written off the show at the beginning of the season.

You should have known. pic.twitter.com/UFGplyDSY1

The insights were released by Nielsen as part of its SVOD Content Ratings, which compiles data from programs viewed on connected TV devices in the United States, including Roku, Apple TV, video game consoles and smart TVs (that account for around 75 percent of SVOD viewing).

Netflix has long said “the data that Nielsen is reporting is not accurate, not even close, and does not reflect the viewing of these shows on Netflix.”

The sixth season viewers of the Netflix show were more female and older than viewers of the fifth season. Women accounted for 54 percent of the audience of Season 6 compared to 44 percent of Season five, according to Nielsen’s findings. Likewise, adults aged 18 to 34 were 22 percent of season 6’s audience, while 35 percent for season 5.