The same ad, unrelated to the show or its arc, shouldn't play on loop 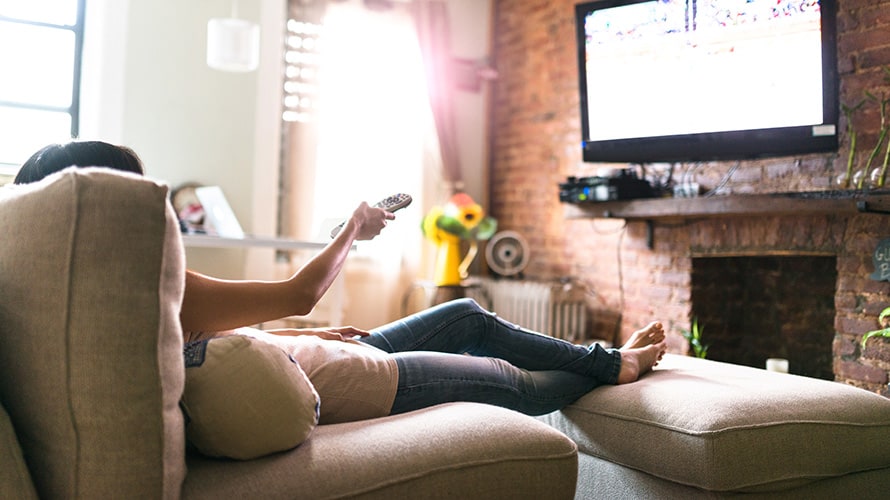 As binge-watching becomes more of the norm, advertisers are missing out on an opportunity to really engage audiences.
Getty Images
Share
By John Trahar
|
August 9, 2018
Share

Advertising is missing the central creative challenge and opportunity in video.

For all that’s said and done around evolving the video experience, we hear (and see) nothing about making binge-watching safe for ads.

People now spend an increasing amount of time binge-watching TV—whether it’s via cable, satellite or OTT platform—watching three, four, five episodes at a time. Or maybe an entire season in a weekend. And what they truly care about in that experience is what is going to happen next.

Yet advertising meets this serial environment with the same message over and over. Think about watching three episodes in a row on Hulu. At three interruptions per episode, you’re seeing a total of nine commercial pods. By the time you’re seeing the same ad for the third time, you’re already worn out. And there are 18 commercials ahead.

When viewers see that same ad over and over, they come to resent the brand’s cluelessness about their mindset fast. By the fourth viewing, they’re on mute and reading email. They feel like the network gets them, but the brand is tone deaf.

How does this happen? Three misses in the advertising system.

Creative misses viewers by failing to acknowledge that impact of serial interruption. At best, ads feel out of place; at worst, they’re an unwelcome delay. And yet they could create a storytelling dimension of their own.

Media planning misses viewers by failing to account for bingeing or simply doubling down on the forced interruption model. More than two-thirds of advertisers told Advertiser Perceptions earlier this year that their top priority in video is unskippable ads. At best, that’s resisting user behavior; at worst, it’s giving up.

And media selling misses viewers by ignoring binge-watching altogether. The idea of changing up the ads, let alone matching the emotional trajectory of a storyline evolving over episodes, doesn’t factor into the pitch or the order. Instead, the conversation stays on how many ads and at what price in programs with suitable audience and programming. If the network has the data to do it, they’ll offer a dynamic ad package, but that just overloads viewers with the same ads for the same things they’ve already bought or decided against.

So, it’s time to change the advertising formula in ways that account for pacing.

First, match the diversity in creative with diversity in ad placement. If you’re serving unskippable ads, you’d better make them palatable to the viewers. Specifically, they need to be about things viewers care about, interesting unto themselves and part of an ongoing story that gives more information the longer the viewer is watching.

If you buy out the pre-roll for a popular program on a streaming platform, stagger the executions in a serial format and balance them according to what’s in the episode as well as to the trajectory of episodes.

Second, create ads specifically for the streaming platforms. Make and serve them to accommodate a full palette of emotions and mindsets. And they don’t need to be 30 seconds. They can be 24 seconds or eight seconds or 47 seconds or whatever best suits the flow of the ad storyline.

Everyone needs to know a lot more than the list of what media has bought (aka the creative deliverables). What matters is where it’s playing, how often, to whom, during what program and how it fits into to viewers’ overall experience. Why will they be OK viewing your ad and even interacting to follow the trail?