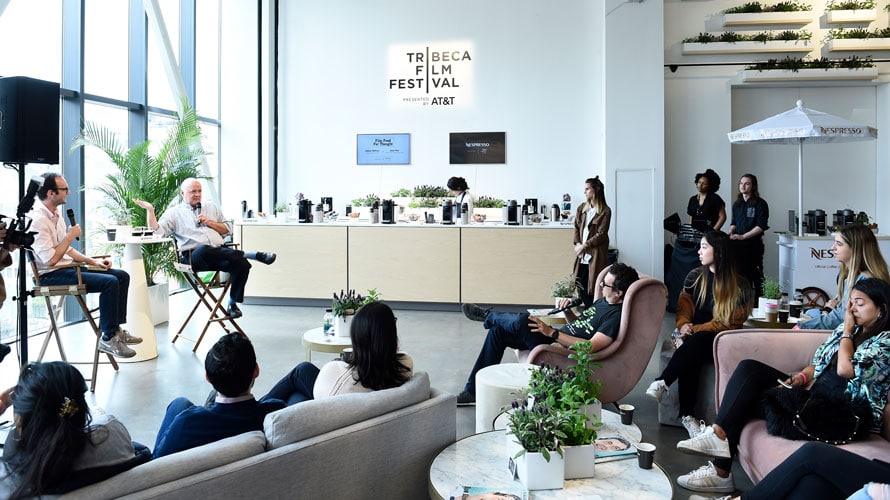 Nespresso set up a coffee bar and lounge with custom drinks brewed especially for the festival. - Credit by Getty Images

The Tribeca Film Festival wouldn’t happen without the involvement of brands. The event, which celebrates its 18th anniversary this year, is almost entirely funded by brand partners and sponsors, like AT&T, Nespresso and Stella Artois. Ticket sales contribute to Tribeca’s revenue, but are vastly outweighed by brand sponsorships. And through Tribeca Studios, the festival’s branded content arm, these partnerships exist year-round, not just during the 12 days of the festival.

Unlike other film festivals, like Cannes, which are mostly restricted to invited guests (typically consisting of those in the industry), Tribeca is open to the public. Jackie Hassell, senior vice president of partnerships at the festival, said that means the festival needs to create experiences that satisfy not only the industry, but also the consumer.

“We started as a consumer festival, and industry, because of who we are and because we’re in New York,” Hassell told Adweek. “And when we really changed a couple of years ago, we looked and said, ‘We don’t want to do any gratuitous partnerships.’  It was very much, ‘Let’s come together and do things with partners that will enhance the consumer experience.’ That’s really something that when we look at a partner, at a brand, it has to check those boxes.”

Throughout the year, Tribeca Studios works with brands to create films that give filmmakers who might not otherwise have the capital a chance to get their work seen by an influential audience. Not every film created through Tribeca Studios ends up in the festival, but some—like MCM’s The Remix: Hip Hop X Fashion documentary, or the two short films created through P&G’s Queen Collective initiative—do. Others, like the the 23 films created in partnership with 23andMe, premiere at events timed around the festival. AT&T has served as Tribeca’s presenting sponsor for several years and puts on the AT&T Presents: Untold Stories event annually, giving five diverse filmmakers the chance to compete for a $1 million prize and mentorship opportunities from Tribeca. 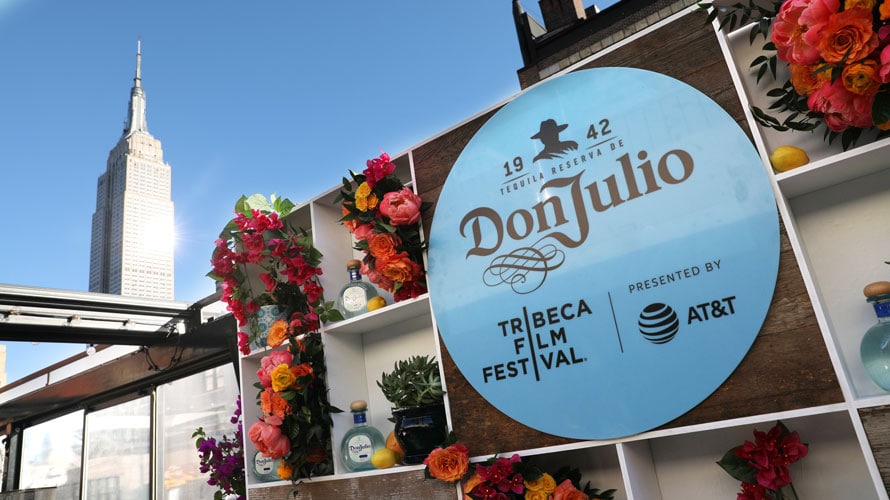 A Don Julio display at Diageo's rooftop at the Tribeca Film Festival
Getty Images
Paula Weinstein, evp of Tribeca Enterprises, said that bringing brands into the Tribeca fold is often a serendipitous pairing. “We found that brands really have an understanding of what they want to talk about, what they wish to stand for,” Weinstein said.

Hassel said brand-sponsored content events are the perfect fusion of something that appeals to industry insiders and guests visiting the festival solely to take in the films and experience.

“We know there’s so many filmmakers who just don’t have money, but they have all of these stories to tell,” Hassell said. “And then we know there are brands who want to tell stories and do have the money. So you’re bringing them together to create something that’s beneficial to the industry, and the consumer is watching it at the end of the day on TV or in the theater.” 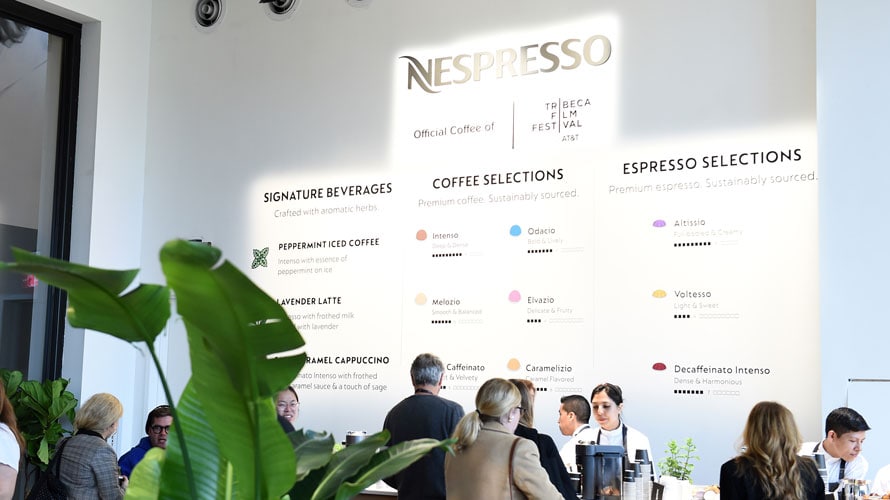 The Nespresso Lounge at the Tribeca Film Festival
Getty Images
Other sponsors participate by hosting events. Chanel, for example, has been working with Tribeca since the festival’s early years, hosting a dinner to honor artists who have contributed artwork to films. Stella Artois does the Stella Artois Film Studio, which hosts panel discussions, parties and other events throughout the festival.

Now that the festival primarily exists within the walls of Spring Studios (with a footprint in seven other venues around the city, too), brands have a hub to activate and create in-festival experiences where the action is. Partners doing so this year include Nespresso, which created a coffee bar and lounge with custom drinks brewed especially for the festival. Covering the walls are plants growing out of coffee grounds that have been used as compost, and the world’s first battery-operated coffee cart sits either in the space or in other locations where events are happening during the festival, giving the brand a presence in spots where there isn’t a major activation.

“You don’t even have to drink coffee to appreciate the experience that they’ve created for filmmakers who are having meetings, or for you, if you’re coming before a screening and need a place to work,” Hassell said. “It’s something that’s really additive to the environment but also lets people experience their brand in a thoughtful, smart way.

Nespresso’s space is just one of many inhabiting Spring Studios during the festival. The Bai Lounge is hosting a number of talks and receptions throughout the week as well as the Game of Thrones augmented reality game from Magic Leap. Chase and Marriott are sponsoring the festival’s main theater to promote their new joint travel card, with digital posters of travel destinations lining the hallway outside the theater. On the roof, Diageo set up bar where it serves its Game of Thrones-themed “white walker” Johnnie Walker whiskey. 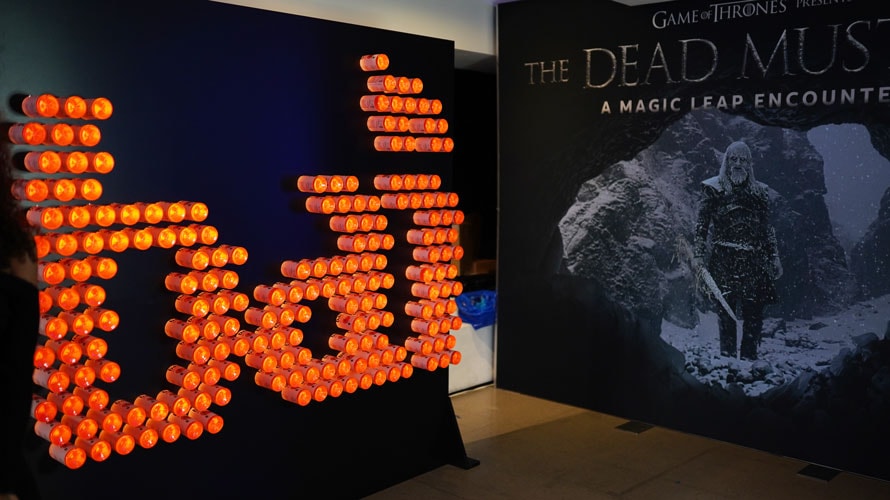 The Bai Lounge at the Tribeca Film Festival
Getty Images
As the festival has grown over the past nearly two decades, it’s become much more than a 12-day event. Nespresso and Tribeca did a kickoff event in Los Angeles in March, extending events beyond the time line of the festival itself.

“The biggest change is really looking at how do we create these year-round, multifaceted partnerships that serve a number of needs, that aren’t necessarily limited to the festival, but they come alive at the festival?” Hassell said.