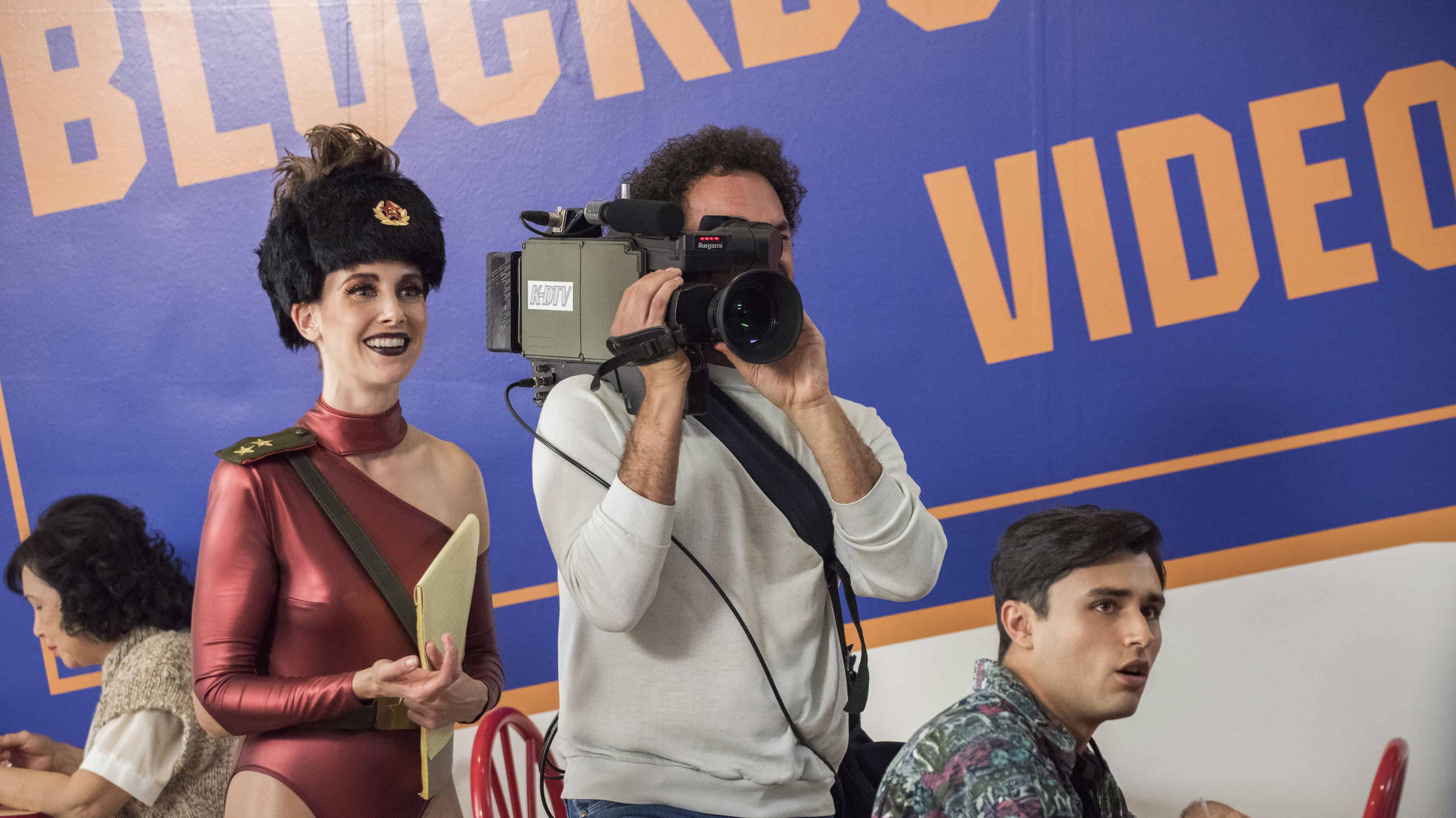 The Netflix comedy GLOW is inspired by a real women’s professional wrestling TV program (Gorgeous Ladies of Wrestling), but that’s far from the only ‘80s brand that pops up in the series.

Liz Flahive, who co-created the comedy with Carly Mensch, told Adweek that while the writers do want to get some of their favorite ’80s brands into GLOW, they don’t want to overdo the references.

“We think about how it makes you feel before we think about anything else,” said Flahive of incorporating brands into the show. “We’re also very cognizant of the fact that we don’t want to be shoving Tab in your face every five minutes and not be over the top with our ’80s brands and references.”

Flahive credited the show’s “spectacular” production designer and props department for giving them “many different choices” for which brands to include. “But sometimes we know exactly what we want in terms of referencing,” she said. “Sometimes it’s in the script; there are things that were important to us as kids where we say, ‘We’d like to see that again.’”

One brand the writers wanted to incorporate in Season 2 was Nerds candy, which launched in 1983 and inspired the title of the second episode, “Candy of the Year.” In that episode, Debbie (played by Betty Gilpin) mentions that Nerds were “1985’s candy of the year”—they were, according to the National Confectioners Association—and decides to distribute them to the audience to keep its energy level up during the wrestling matches.

“They’re like Grape-Nuts, except instead of being healthy and delicious, they’re just … sugar,” noted the show’s producer Bash (Chris Lowell).

“One thing that’s true about our writers room is we were all children in 1985, so when we first got into the writers room, we were pitching, ‘Do you know what candy I remember?’ ‘You know what toy I remember?’” Flahive said. “And then we were like, we have no stories about 20-year-olds having sex in the ’80s; we weren’t those people. So what was nice is we got to build a story point on something we truly remember being new in the ’80s.”

However, the creators aren’t able to include every brand and reference they would like. Several vintage T-shirts haven’t been able to make it onto GLOW because they can’t obtain the legal clearance for the images that appear on them.

“We have a lot of vintage stock,” Flahive said, “but you have to clear a lot of those images. And we had some great, great T-shirts, because our girls wear pretty mellow stuff. So that was a thing: ‘I love that T-shirt!’ ‘Can’t clear it.’”

Season 2 of GLOW debuted a month ago, and vp of original series Cindy Holland said Sunday she’s not yet ready to order a third season but also said, “We would be really thrilled to make more.”

If Season 3 is ordered, it will be set in—spoiler alert—Las Vegas, after the events of the Season 2 finale. Flahive said she and Mensch haven’t yet decided if they will use an actual casino brand or create a fictional one.

“That’s what we’ll get into if we get a Season 3,” Flahive said. “The lucky thing about L.A. is there’s a lot of ’85 still left in L.A. And we have to go look at Vegas to see where ’85 really plays in Vegas. And frankly, what our budget looks like. We try really hard to create a sense of authenticity, especially with the locations, so we’ll see what happens.”