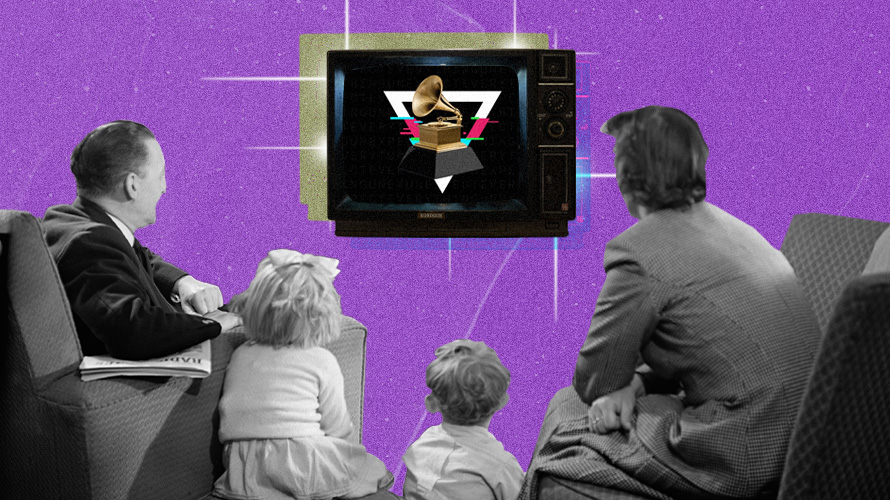 Today’s viewers understand that they are in control. If they don’t enjoy content, they move on or never tune in at all. - Credit by Photo Illustration: Trent joaquin; Sources: Getty Images, The Recording Academy

The recent departure of The Recording Academy CEO Deborah Dugan and her related harassment lawsuit placed a new crisis on the Grammys brand this year.

Already dealing with a decline in viewership and significant loss of their key audience demo of adults between the ages of 18-49, the brand was in danger of losing any luster that it once had. The awards show, which aired on the evening of Jan. 26, was in desperate need of reengaging and revitalizing its audience appeal and excitement.

Accusations coming from Dugan about her being ousted because she dared to upset the “old boys’ club” threatened to alienate an audience that was already in the midst of turmoil regarding the focus and quality of the entertainment business. Then the lights came on, singers sang, bands played, speakers spoke. By the end of the night, it seemed as if the music industry could exhale.

Consumers are growing more aware and less patient of brands and content providers that display anything that could be construed as erroneous information.
Touted as some of the best content in Grammy’s history, the music industry flexed its collective muscles and tried to prove once again that it was relevant, it had a connection with various demographics and was without a doubt alive. As for Deborah Dugan, Alicia Keys made a vague reference, but most speakers focused on resonating with their audiences by bringing forth arguably some of the finest acceptance speeches we’ve heard in a long time.

But all was not perfect. Ratings were steady with last year’s lows, there was criticism for misspelling Ric Ocasek’s name and some names in the In Memoriam segment were left out. It was all the more vexing because consumers are growing more aware and less patient of brands and content providers that display anything that could be construed as erroneous information.

In terms of marketing, advertisers have long relished the adjacency they have to the Grammys. As the music industry embraced artists, composers and brands, it would follow that the bulk of the music audience would then follow from a demo standpoint. But according to the ratings, again, it didn’t.

There was the excitement of the Billie Eilish sweep and the grandeur of live performances from some of the world’s finest musicians. Yet the continued low ratings make one wonder if the Grammys have misjudged the needs of their audience. Has the audience found better places to spend time celebrating the music industry, taking in live music or seeing their favorite artist engage them on an almost personal level?

Today’s viewers understand that they are in control. If they don’t enjoy content, they move on or never tune in at all. The Grammys must realize that the consumer today has a wide expanse of content in many digital venues that offer new and engaging programming. Any thought that a small, select group of academy members or association executives are making decisions about what consumers prefer or like is in direct conflict with today’s consumer relationship with media of all types.

Allegations by Dugan only reinforces the belief that those at the controls of the Grammys are mired in legacy thinking that hasn’t stayed up to speed with the changing viewership dynamic of their artists’ audience.

It’s time that brands such as the Grammys understood the power of the viewer in determining the value of the brand. Viewers are armed with TVs, tablets and phones. As such, the business needs to pivot to a more transparent connection with music lovers in the world today, a connection that is more intimate, a connection that can be embraced on a deep social level.

Media attention on the Grammys is a chance for the brand to alter its business model in new ways that will sustain its value to viewers. It’s a way to keep advertisers interested in the years ahead.