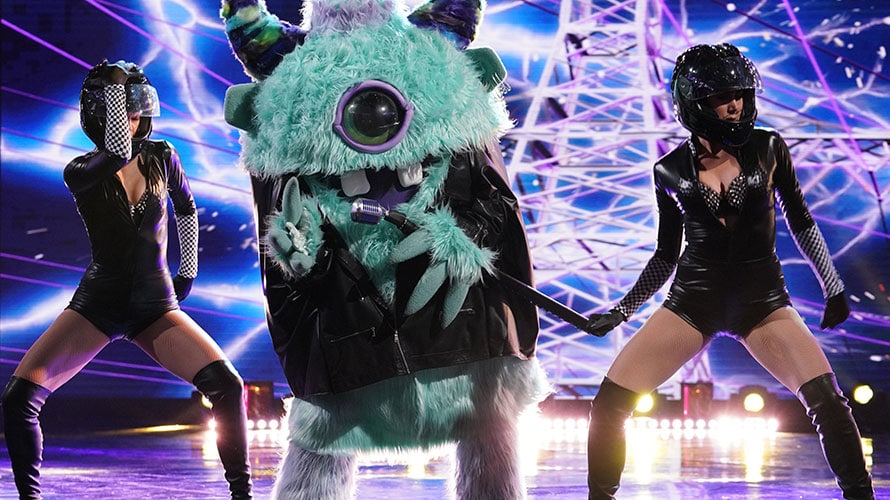 The Masked Singer has already been renewed for Season 2, but Fox hasn't decided yet when it will return. Michael Becker/Fox

The Masked Singer, Fox’s bonkers new reality show in which celebrities dressed head-to-toe in outlandish costumes sing anonymously and one contestant is unmasked each week, has become 2019’s first midseason hit—and is currently the season’s No. 1 entertainment show among adults 18-49.

The show’s panelists and producers reflected on how the series became a hit Wednesday at the Television Critics Association’s winter press tour in Pasadena, Calif.

Rob Wade, Fox’s president of alternative entertainment and specials, said the network was fairly confident the show would be a hit, but “you’re never quite sure.”

The Masked Singer’s premiere last month had a multiplatform audience of 17.6 million, making it Fox’s most-watched unscripted debut in 11 years. Its 3.6 million viewers on Hulu and Fox Now have made it the network’s most-streamed episode ever, Fox said.

Ratings have climbed in the past couple of weeks because “it’s not just a guessing show,” said Wade. The season “gets better and better, because you start to invest in the characters more.”

In the series, which is based on a popular South Korean show, 12 stars disguise themselves in costumes like  a cyclops monster, a golden lion and a pineapple, so they can compete anonymously in front of studio panelists Ken Jeong, Jenny McCarthy, Nicole Scherzinger and Robin Thicke. After a singer is eliminated each week, the celebrity then reveals who they are by taking off the outlandish costume.

Eliminated contestants so far include Terry Bradshaw, Tori Spelling, Margaret Cho and most recently, Ricki Lake, disguised as the Raven, who exited during Wednesday night’s episode.

During production, producers instructed the panelists not to use Google in between episodes to decipher the clues about each masked celeb that are given on air. “I never Googled,” said Thicke. “I wanted it to be pure, because that was the point of the show.”

Thicke said because of sound issues, the panelists couldn’t always hear every word from the contestants during taping, which made guessing a challenge. “It took a few performances for us to catch their rhythm,” he said.

“You think you know, but you really don’t,” said McCarthy of trying to guess the contestants. “Sometimes you would overdissect, and I found myself going down a rabbit hole.” As the season progressed, “the [on-air] clues really helped narrow it down.”

As for why the contestants agreed to be on the show, “I’m all about reinvention and doing new things,” said Lake, who still said no initially when she was approached about being involved. Also, “I loved not having hair and makeup” under the mask.

“The hardest part of this job has been keeping my mouth shut,” said Lake, who did her unmasking in front of the full studio audience (all of whom were asked to sign NDAs, along with everyone else involved with the production).

Fox went to extremes to prevent the contestants’ identities from leaking during production last summer. Lake said she was covered in her car as it approached the set, and any managers or publicists who accompanied the celebs also had to be disguised.

“I did not know who anybody else was,” Lake said. “We were sequestered, for the most part.”

Wade said only three Fox execs knew the identities of the contestants. “The others didn’t want to know, because they were terrified they would give it away,” he said.

Fox renewed the show for Season 2 last week, and producers—who shot the first season last summer before The Masked Singer was publicly announced during summer press tour—are realizing that it will be much tougher this time around to maintain secrecy now that the show has become so popular.

As for when Season 2 will air—and whether The Masked Singer will be broadcast annually or more frequently, like The Voice—Wade said the network will wait after all of Season 1 has aired and “figure out the optimum time to bring it back.”